Engineer Javier Sanchez, who took part in the development of Alex's voice assistant at Amazon, has created a smartphone application that “translates” feline meows into human language. Air force. 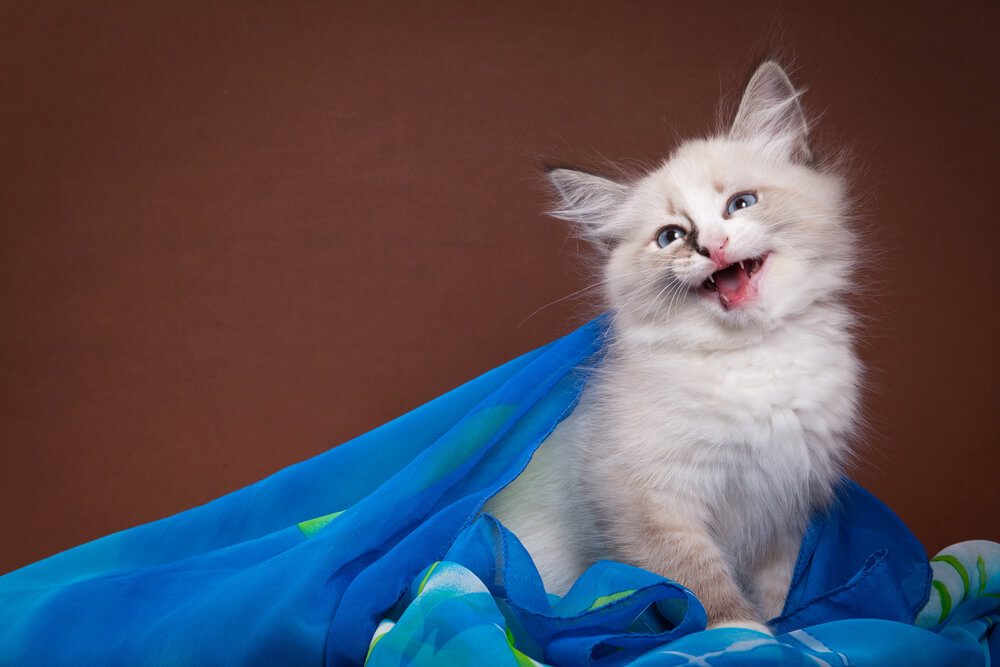 MeowTalk listens for animal sounds and tries to recognize their meaning.

The owner of the cat, already well aware of its behavior and desires, can participate in creating a database of meows, which will be collected by artificial intelligence.

So far, the app is limited to 13 feline phrases that include “Feed me”, “I'm angry / mean” and “Get away from me”. According to scientific research, animals do not have one language that they all understand. Each sound made is unique, each cat has its own meow.

Therefore, the application does not have a common base, it is configured individually for each user. The program records the sounds of the animal and indexes them so that artificial intelligence can better perceive its voice. Understanding the cat will improve as you use the program.

According to Sanchez, in the future, the developers hope to create a smart collar for cats that can instantly translate and voice their meows in a human-readable language.

“I think this is especially important now, because because of the need to maintain social distance, people have to spend quite a lot of time at home with their other half - a cat,” says Sanchez.

“This will allow owners to communicate with their cats, or at least understand their desires, but the most important thing is to find a common language with them,” he stressed.

The app is available in the Google Play Store and App Store.

The program was recently released, so not all user reviews are positive. Some people complain about errors that occur.

“This is already starting to get on your nerves. I just downloaded the application and did not even have time to use it, when a message began to appear stating that Wi-Fi is not connected, ”wrote one of the users.

“I am very pleased to think that my cats love me so much, but once there was a case when they snapped and hissed, and even then the application was confident that they were showing love,” he added.

But there are also positive reviews. The average rating of the program in the Google Play Store is 4,3 points.

“If you don't take it too seriously, this is a fun app. Who knows, maybe over time it will actually learn to recognize my cat's meow in any situation. There is hope for that, ”the user wrote.

“This is an interesting concept. I liked her, because my cat says something all the time, ”reads another comment.

"For entertainment purposes only"

“Most of the time, cats do try to communicate with humans, and most owners can respond to them,” said Juliette Jones, feline behaviorist at The Animals Charity.

She noted that when trying to understand his animal through the program, the owner may misinterpret his pet's meow.

“After all, inaccuracies may arise. Then the owner will not understand what the cat really wants to tell him. This can harm both her and the owner and their relationship. For example, if a cat purrs, this does not always mean that she is happy and calm. By purring, your cat can draw attention or signal discomfort. In its current form, such an application should only be used for entertainment purposes, ”she said.

“We will probably never be able to turn feline meows into human words,” said cat behavior expert Anita Kelsey. - We can only amuse ourselves a little with the thought that we can understand them from our human point of view. The app seems funny and there is nothing wrong with having fun with your pet. ”

Dog beauty salon: how an immigrant from Russia built a successful grooming business in the USA