Home Immigration in the USA USCIS innovations: becoming a US immigrant in December will become much more expensive

USCIS innovations: becoming a US immigrant in December will become much more expensive

The US Citizenship and Immigration Services (USCIS) plans to raise fees for immigration services, and now many immigrants will have difficulty obtaining the documents they need. He writes about it Kuow. 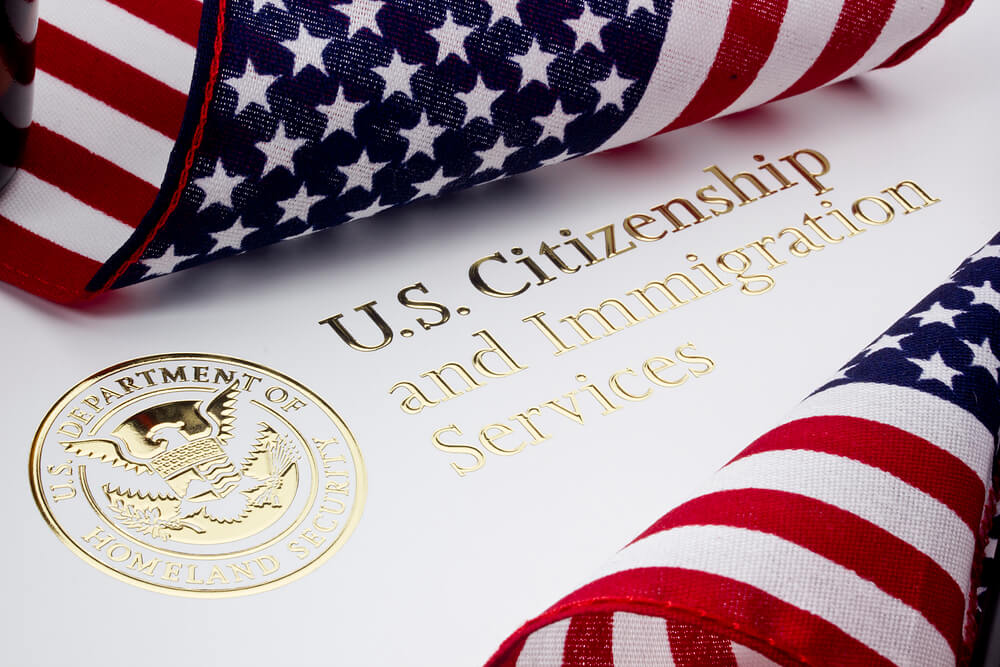 Under the new rule, Harka Bista will have to pay 2250 dollars for citizenship applications for his two daughters.

“This is a disastrous situation,” said Bista, a refugee from Bhutan. - We do not have money".

Bista moved to the USA with his family in 2012. Two of his three daughters were born in a refugee camp in Nepal.

Despite the fact that the federal rule on increasing the cost of immigration services has not been fully approved, the likelihood that Bista will have to pay a tidy amount is quite high.

At a press conference, Congressman Pramila Jayapal and Seattle Mayor Annie Durkan urged U.S. President Donald Trump to acknowledge that this rule would give privileges to wealthier immigrants who can afford to pay for USCIS.

According to new rates, the application fee for US citizenship will increase from $ 640 to $ 1170, and $ 50 will have to be paid to apply for asylum - this service will be paid for the first time in the history of the United States. The cost of other services will also increase.

On the subject: How our immigrants found a simple but not entirely legal way to stay in the USA

An analysis of USCIS financial revenues over a two-year period showed that current fees “do not reimburse the full cost of providing legal and naturalization services”. The government predicts that without increasing funding, the agency’s average annual deficit will amount to 1,2 billion.

The last time the cost of immigration services increased at the end of the 2016 year.

The US Citizenship and Immigration Service claims the department is committed to “easing the growing pressure” on the United States to grant asylum to citizens of other states.

USCIS is primarily dependent on filing fees. Every 2 of the year the agency is obliged to conduct an analysis of fees and recommend adjustments.

“Based on this analysis, USCIS is required to verify costs and make adjustments. Adjusting fees will allow more applicants to cover the cost of their applications, ”said Ken Cuccinelli, Acting Director of USCIS.

However, the final step in charging for asylum applications may be another issue for immigrants and refugees in the United States. Many Central American migrants detained at the U.S.-Mexico border over the past year have sought asylum. The Trump administration has introduced a series of tough innovations aimed at sharply restricting entry into the United States.

DACA renewal protection fees are also increasing, which protects against deportation of illegal immigrants brought to the United States by children.

In order to find out how much you can pay for various services, you can use the special calculator on the USCIS website, and new pricing, which may take effect on December 14, can be viewed here.

The document on increasing the cost of immigration services was officially published in the Federal Register 14 on November 2019 of the year and is open for comment for 30 days, after which it will enter into force.

The full text of the document can be viewed here.

On the subject: Process A to Z: what happens when an illegal immigrant is detained

In addition, from 2 December 2019, such programs as Medicaid (medical insurance for low-income people), CHIP (Children's Health Insurance Program), SNAP (food stamps), SSI (Supplemental Security Income) will no longer be grounds for exemption from immigration fees from the US Citizenship and Immigration Services (USCIS).

Previously, immigrants could apply for exemption from fees according to one of three criteria: if the annual family income was 150% of the federal poverty line, if they could prove their financial difficulties, or if they received certain benefits for the poor.

Now, in order to be exempted from immigration fees, immigrants must document that they are in financial difficulty. This process is quite laborious and usually requires the assistance of a lawyer, which in turn also costs money.

Thus, from mid-December, immigration services are likely to be much more expensive, and low-income immigrants will be much less likely to be exempt from paying them.

How to get a driver's license in the USA and how much they pay a trucker: the experience of an immigrant

Culinary happiness on wheels: how a Belarusian in Washington feeds Americans with Russian pancakes

How our immigrants can get medical education in the USA