Retailers are expected to close more than 3600 stores this year, and this is after a record high close in 2019. According to the analysis of the publication Business Insider, last year in the United States it was announced the closure of more than 9300 stores, which exceeded the previous closing record - approximately 8000 stores in 2017. 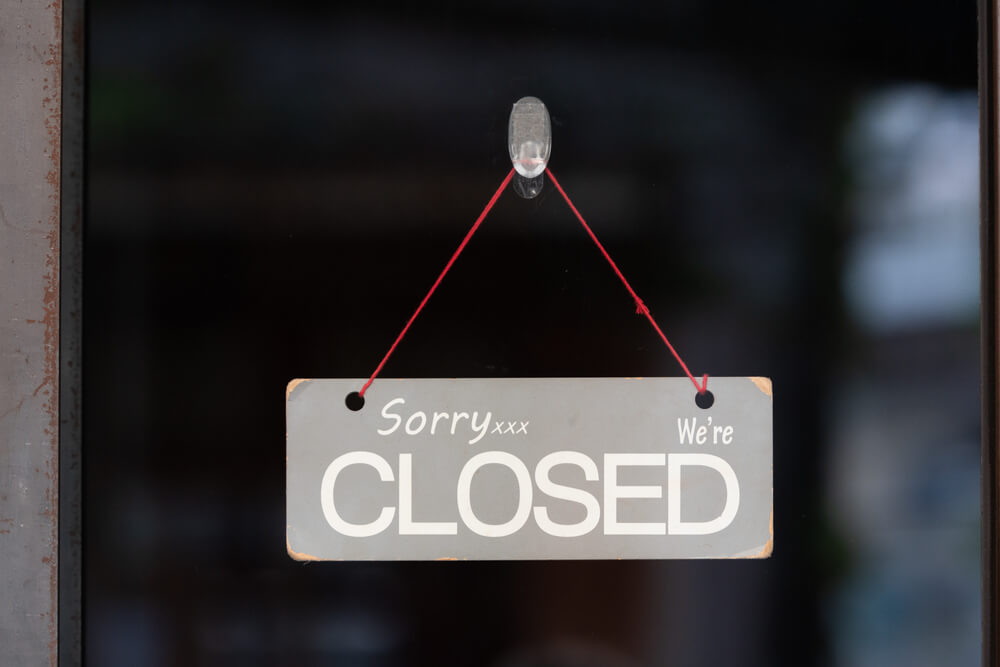 According to Cushman & Wakefield Real Estate Agency, the number of store closings this year may be even higher than in previous reports. According to agency estimates, up to 2020 large chain stores can be closed in 12.

The pandemic is currently threatening the closure of even more stores, as retailers face a sharp drop in sales. According to Business Insider analysis, to date retailers have confirmed the closure of at least 3600 stores.

Next, we present a list of stores ready for closing in 2020.

In January, retailer Pier 1 Imports said it plans to close 450 stores, which is about half the total. The company is struggling to stay afloat after several years of falling sales.

Closures can affect thousands of workers. At the time of the publication of the announcement, Pier 1 Imports had about 950 stores and about 4000 employees.

The company also said it plans to reduce the number of employees and close some distribution centers.

In March, GameStop announced that it had closed 333 stores in fiscal 2019 and opened 12 new ones.

In January, the Papyrus chain filed for bankruptcy and plans to close 254 stores in the US and Canada.

Victoria's Secret's parent company, L Brands, announced in May that it plans to close 2020 stores in the US and Canada in 251, most of which (238) in the United States.

Gap closes hundreds of stores under its current brand and opens new ones under other brands, including Old Navy and Athleta. In February 2019, the company announced that it plans to close about 230 Gap stores over the next two years.

The retailer filed for bankruptcy in May and said it plans to close 230 of its approximately 700 stores.

Walgreens intends to close 200 US offices as part of a multi-year cost-cutting program. The company did not disclose any details about the timing or places of closure.

On the subject: On the street, in the store, in the office: how to protect yourself from the coronavirus while quarantining

Chico's women's clothing retailer in 2019 announced that it plans to close about 250 stores, in particular 100 - Chico, 90 - Black House and 60 - Soma within three years. The company closed 49 stores as of November 2, 2019, leaving about 200 more expected closures over the next two years.

Destination Maternity filed for bankruptcy protection in October 2019 and plans to close 183 stores in the United States, Canada, and Puerto Rico. The company owns stores under its brand of the same name, as well as under the brand Motherhood Maternity.

Forever 21 said it plans to close 350 stores worldwide, including some 178 in the U.S., after filing for bankruptcy protection in September 2019. According to the company, many of these closures will occur in early 2020.

Modell's sports retailer filed a bankruptcy lawsuit in March and said it plans to close all of its 153 stores.

AC Moore handicraft store chain closes all 2020 of its stores in 145. AC Moore's parent company, Nicole Crafts, announced the closure and announced that about 40 stores will be converted to Michaels stores.

Macy's plans to close 125 stores over the next three years and cut thousands of jobs as part of its cost-cutting plan.

Art Van Furniture filed for bankruptcy and said it plans to close all of its stores in Michigan, Indiana, Illinois, Ohio, and Missouri, as well as eight Wolf Furniture stores in Maryland and Virginia.

In a bankruptcy petition, the company indicated that it operates 169 stores and plans to sell in 44 of those locations. Other stores will be closed.

Bose audio equipment retailer plans to close 119 stores worldwide, in particular - all in the United States.

Olympia Sports said it is ready to close 76 stores after it was bought by sports retailer JackRabbit. Shops will be closed in 2020.

Retailer Sears said it plans to close 96 stores in February, in particular 51 - Sears and 45 - Kmart.

In February, Earth Fare said it would close all of its stores.

“Earth Fare is proud to serve the market for natural and organic food, and the decision to start the process of closing our stores was not easy,” the company said. “We would like to thank our team members for their commitment and dedication to serving our customers, as well as our suppliers, for their partnership.”

The company said it decided to start liquidating its stores because of “persistent retail challenges that hindered the company's progress and its ability to refinance its debts.”

The parent company Bath & Body Works L Brands announced that it intends to close 2020 stores in the United States in 50.

The company announced its intentions to close 40 stores in fiscal 2019, which ended in April, and another 20 in fiscal 2020. By January, the company had completed about 16 of these planned closures.

Lucky's Market's regional grocery chain closes most of its stores and fires thousands of employees.

According to a Sun Sentinel report, by February 12, Lucky had closed 32 stores and laid off about 2500 employees.

In January, Express announced that by 2022 it plans to close 100 stores, which is about a quarter of the total.

This number includes nine stores closed last year, and 21 at the end of January.

On the subject: How to buy a scarce product: how effective are alerts from stores about its availability

In March, Neiman Marcus announced its intention to close most of its 22 Last Call stores.

“Select Last Call stores will remain open to serve as a channel for the sale of Neiman Marcus residual inventory,” the company said.

Closures account for about 14% of all Nordstrom stores. The company later announced that it will close three Jeffrey boutiques.

According to local media and Facebook posts by owners, at least 16 stores under the Hallmark brand in the US are closing in 2020.

Rich Schauer, the owner of the Hallmark store in Forest Park, Illinois, complains that social networks are stifling the business of postcards.

“Now this is not a viable business,” he stated. - People always bought and sent postcards. Now everything is online. Everyone celebrates their birthdays on social networks. ”

Walmart plans to close one store in Michigan (a supercenter in Epsilanti) and two in North Carolina (in Wadsboro and Lumberton).

US meat industry workers are massively affected by COVID-19: how will this affect prices and shortages