De-extinction, already planning to bring woolly mammoths back to the Arctic tundra, will look at the recently extinct species, reports Independent. 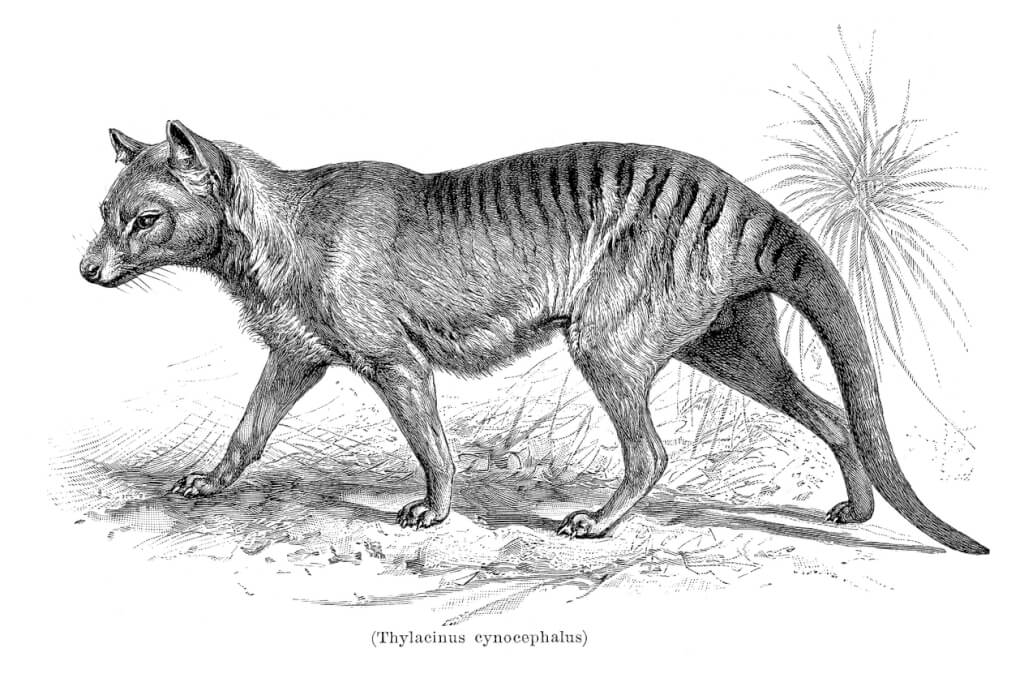 The Tasmanian tiger died out almost a century ago, but now scientists say they can resurrect the extinct species and return it to the wild.

An organization that specializes in "breakthrough genetic engineering" and calls itself an "extinction campaign" said it has already begun work to bring back a species known as the thylacine.

The company says that if the process is successful, the return of the Tasmanian tiger "could balance the Tasmanian and wider ecosystems of Australia" which have suffered from biodiversity loss and ecosystem degradation since the predator's extinction.

On the subject: Mega sharks: marine predators grow to anomalous sizes and change their habits

The species largely became extinct on the Australian mainland around 2000 years ago, but survived in significant numbers in Tasmania. Here, the species was completely extirpated by 1930 after the animals killed the sheep.

Striped animals more closely resemble dogs or foxes than tigers, however they are marsupials and as such have kangaroo-like abdominal pouches.

The American company behind plans to bring the animal back from an endangered species, Colossal, says it was the first to use CRISPR gene-editing technology to revive the species.

The firm announced plans to bring the woolly mammoth back to the Arctic tundra last September.

The team working on this project now has more than 35 scientists working in various functional areas, including cell engineering, stem cell biology, embryology, computational biology and genomic engineering, as well as three laboratories focused on the mission to restore the mammoth population.

Colossal said it is currently assembling a group of thylacine experts and is nearing completion of its new dedicated thylacine laboratory, which it is building in collaboration with the University of Melbourne.
Dr. Andrew Pask, an evolutionary biologist and expert on the Tasmanian tiger, leads the team.

He said: “The Tasmanian tiger is iconic in Australian tradition. We are excited to be part of this team to bring back this unique species that humanity has previously wiped out. The technologies and key findings of this project will also influence the next generation of marsupial conservation efforts. In addition, relocating the thylacine to the Tasmanian landscape could significantly curb the destruction of this natural habitat due to invasive species.”

Dr. George Church, co-founder of Colossal, said: “Andrew and his lab have made tremendous strides in marsupial research, pregnancy, thylacine imaging and tissue sampling. Colossal is pleased to provide the necessary genetic editing technology and computational biology to make this project a reality. This is an incredible collaboration and a far-reaching project for conservation efforts in general."

The company said in a statement: “Returning species to their original habitats has been shown to effectively restore and revitalize damaged ecosystems, with examples such as the reintroduction of wolves to Yellowstone and the Tasmanian devil to Australia. While the restoration of any species is a long and multi-layered process, the creation of a thylacine proxy species can similarly restore ecosystems lacking key species.”

One organization working alongside Colossal is environmental group WildArk.

“With so many conservation projects in Australia and Tasmania, this particular project is near and dear to my heart. Having seen first hand the rapid biodiversity loss that Australia is facing, I am thrilled to support a company that is dedicated to not only preventing further extinctions but, in some cases, reversing the negative impacts of ecosystem change,” said Kirstin Scholz, General Manager of WildArk Australia.