Since ancient times, man has been trying to explain many amazing things that our planet is rich in. Most of them have already found a scientific justification, but there are still those whose existence is still difficult to imagine. Edition AdMe.ru collected 12 mysterious phenomena that threw us both nature and people. 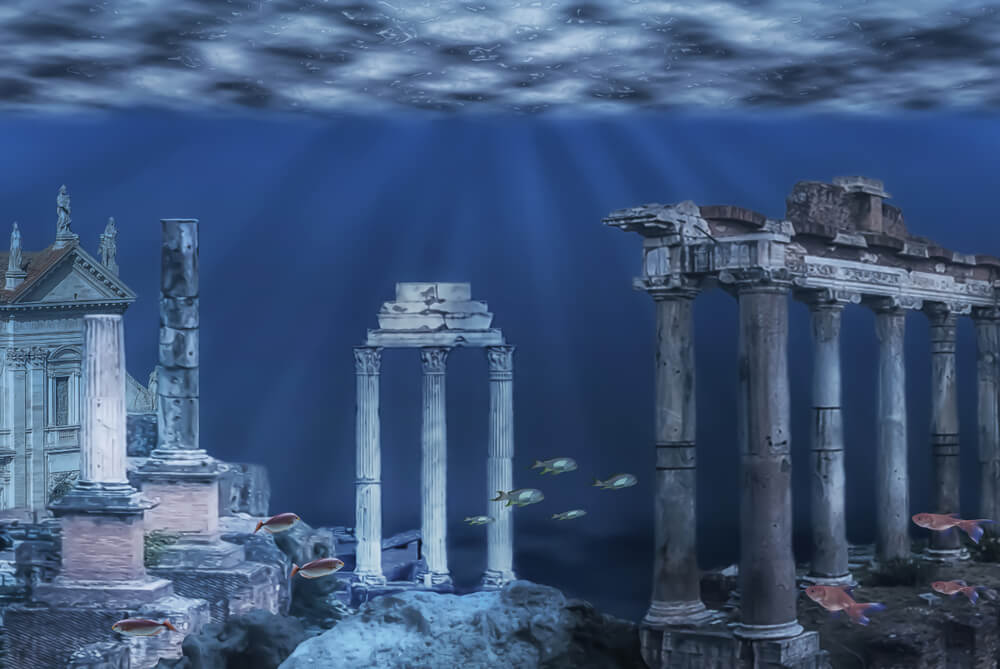 In the 30s of the 1968th century, the American clairvoyant Edgar Cayce stated in a well-documented prediction that the remains of the lost city of Atlantis would be found off the coast of Bimini in 1969 or XNUMX.

In September 1968, in the sea off the coast of Paradise Point in North Bimini, 700 m of neatly laid limestone blocks were discovered that make up what is now called the Bimini road.

In July 1518, in Strasbourg, a certain woman named Madame Toffea took to the street and began to dance. Her dance did not stop day or night. A woman could be mistaken for an ordinary insane, but a week later, 34 people danced with her. In a month, the number of dancers increased to several hundred. These people, like Madame Toffea, did not take breaks. Many of them died either from exhaustion, or from a heart attack or stroke. Thus, about 400 people died.

No exact scientific explanation for this phenomenon has been found. None of the theories can explain the incredible stamina of people who were able to dance for several days without stopping.

On the subject: Races will fade away: what the world and people will look like in 2050

After the arrest, when he was asked to extradite accomplices, he admitted that he received information from the future. According to him, he arrived in a time machine from 2256, but did not want to indicate her whereabouts. After some time, someone made a $ 1 million bail for him, and Karlsin disappeared.

A few years ago, the image of a river in the Amazon, which literally “cooks” its victims, lived only in legends that were no longer really believed. A little boy named Andres Ruzo often heard this story from his grandfather and dreamed of finding a mysterious river.

Growing up, he learned to be a geologist and, taking a local shaman as a guide, in 2011 found a river with a water temperature of 86 ° C. The mystery of its existence is that about 700 km to the nearest volcano.

The underwater city of Yonaguni

Terraces near the Japanese island of Yonaguni were discovered by divers in 1986. Underwater formations have impressive shapes, reaching up to 5 floors. Also next to them were found some artifacts proving the close presence of ancient people.

Despite this, the question of the origin of the pyramids is still controversial. Indeed, if you believe in their man-madeness, then before us are the remains of civilization of the pre-Ice Age.

Photo from the museum in Bralorn

This photo was found by users in the virtual museum Bralorne Pioneer Museum, and it instantly became a sensation. It depicts the opening of the Golden Bridge in Canada in 1941, but there is a man among the crowd who is dressed completely out of fashion at the time. If you look closely, you can see a sweater with a zipper, a T-shirt with a logo in the style of the XNUMXst century and a portable camera in hand.

The public is confident that the photograph captures none other than a time traveler.

Geoglyphs in the Amazon Jungle

Rainforests in the Amazon have been undergoing massive deforestation for several decades. Studying the open area, scientists discovered numerous drawings on the ground. These are geoglyphs.

To date, experts have discovered 450 geoglyphs in the northern parts of Brazil and Bolivia. The oldest of them is 3000–3500 years old.

Scientists do not know their purpose. The basic theory is that these structures were a meeting place for rituals and discussion of general issues.

One of the most mysterious phenomena is the bright flashes in the sky that accompany earthquakes. Since 1600, there have been 65 proven examples of sky luminescence in areas of seismic activity. However, the percentage of outbreaks is small - you can observe the lights no more often than in 0,5% of all earthquakes.

On the subject: 8 of unexplained natural phenomena in New York

Many scientific theories have been expressed in an attempt to explain the phenomenon, but not one of them has come close to the truth.

On December 20, 1980, 19-year-old Gene Hilliard drove to her parents on a snowy Langby (Minnesota). Her car suddenly died out, so the girl decided to walk to her friends' house, which was nearby.

Along the way, she lost consciousness from hypothermia and spent about 30 hours in the snow at –6 ° C before being discovered.

When Gene was taken to the hospital, she showed no signs of life, and her skin was so hard that it was impossible to stick a syringe. Doctors were sure that the girl was dead, but decided to unfreeze her. Everyone thought that even if Jin woke up, it would require heavy amputation. However, after some time, the defrosting body began to move a little. Gene opened her eyes and asked for water. After 3 days, she began to move her legs, and after 6 weeks she was discharged completely healthy.

The ghost ship "Carroll A. Deering"

Carroll A. Deering is an American cargo schooner known as a ghost ship. In 1921 she was found grounded, but the crew was not on board, although food was laid out in the galley for cooking. The crew's personal belongings, logbook, navigation equipment and anchors were missing. The steering gear was damaged. Three pairs of shoes of different sizes were found in the captain's cabin. The last mark on the map was not in the captain's handwriting.

At the end of 1922, the investigation was terminated without any official conclusion.

The most mysterious story happened with a man named Don Dekker. In Strasbourg in 1983, Don's grandfather died. On the day of the funeral before going to bed, the young man began to experience chills, after which he fell into a trance. At the same time, water began to flow from the ceiling and walls of the living room. There were no water pipes at the leak points. This phenomenon deeply perplexed everyone.

Not knowing what to do, Don's friend called the police. The officers asked to take the young man out of the house and take him to the nearest pizzeria. However, the same thing began there. Water began to pour again from the ceiling. As soon as they left the institution, the flow stopped.

This paranormal incident was revealed at the Unsolved Mysteries on February 10, 1993.

At a depth of 660 km below the surface of the Earth, scientists discovered a huge reservoir of water with an age of 2,7 billion years, which is several times larger than the volume of the oceans.

Thanks to this discovery, the theory appeared that terrestrial oceans arose from an underground ocean that escaped to the surface. And not vice versa, as scientists previously believed.

Scientists have discovered a way to destroy coronavirus in 25 seconds: how it works