Home At home 'I can't deny what is happening in Ukraine': American conductor quit Mariinsky Theater after 15 years of work

'I can't deny what is happening in Ukraine': American conductor quit Mariinsky Theater after 15 years of work

The American conductor Gavriel Heine worked at the Mariinsky Theater in St. Petersburg for 15 years. He has staged hundreds of classic plays such as Swan Lake and The Rite of Spring. But referring to the war in Ukraine, the American leaves the Russian theater, reports The New York Times. 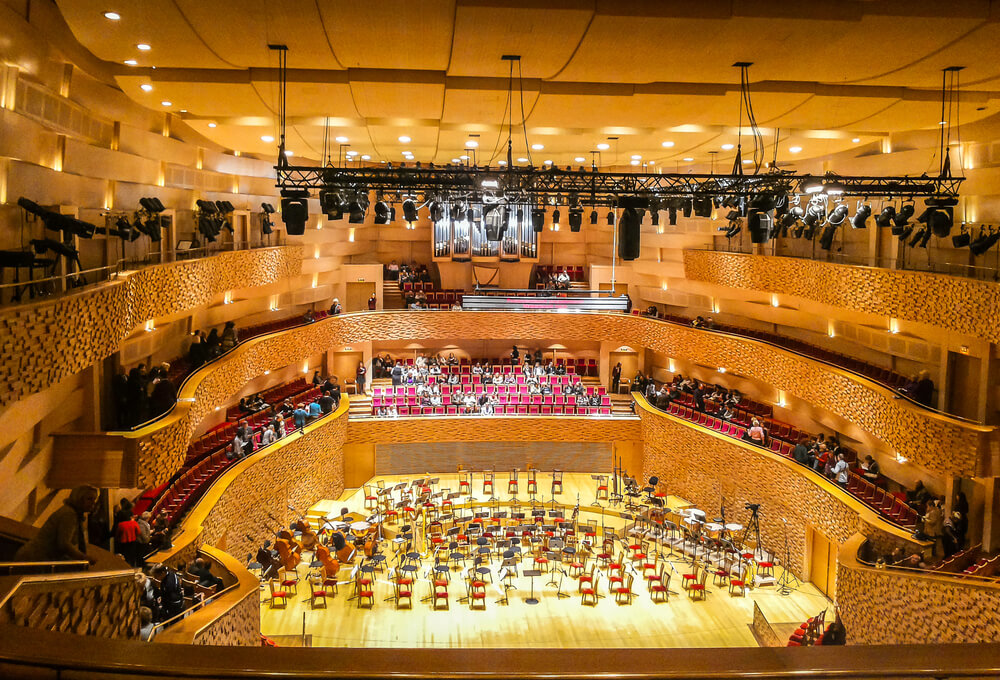 On April 16, Heine again went to the Mariinsky, but no longer to work. He was there to inform Gergiev, a longtime friend and supporter of Russian President Putin, that he was resigning as one of the state theater's permanent conductors. Heine gathered his belongings, including several white bow ties and the music for "La Bohème" and "The Turn of the Screw", and prepared to leave the country.

His resignation comes at a time when the war continues to have a devastating effect on Russian art. Cultural institutions in Europe and North America, after promising not to employ pro-Putin artists, cut ties with some artists, most notably Gergiev, but also with orchestras, theaters and ballet companies. Many artists, citing the invasion, have canceled their performances in Russia.

On the subject: Everything you need to know about nuclear weapons: an American immigrant scientist spoke about the risks and consequences of its use

Gergiev, the theatre's general and artistic director, was once one of the busiest conductors in the world, but his international career has collapsed. Carnegie Hall, for example, canceled a couple of concerts by the Mariinsky Orchestra under his direction that were scheduled for May after it was excluded from a series of performances by the Vienna Philharmonic in February. In recent weeks, he has returned to St. Petersburg to focus on the domestic company and his Russian cultural empire, which includes thousands of employees and tens of millions of dollars in government funding.

Heine found Gergiev at the Mariinsky Theater on 16 April, where he directed rehearsals and productions of Wagner's Götterdämmerung and Verdi's Attila. He described how he repeatedly tried to catch his mentor backstage to inform him of his resignation, and eventually cornered him in an elevator.

It was a quick conversation: five minutes while Mr. Gergiev rushed to the meeting. Heine said that Gergiev seemed surprised, but agreed with his decision.

“He was very kind to me,” Mr. Heine said. He shook my hand, hugged me and wished me all the best. And, of course, I thanked him for giving me such a huge chance at the very beginning of my career.”

The two conductors also spoke about recent tensions between Russia and the West. Gergiev, who was fired from engagements in the US and Europe and from the stage of the Munich Philharmonic for his refusal to publicly denounce the war, defended his decision, saying he was not a child.

On April 18, the Mariinsky Theater declined to comment and stated that they could not yet confirm Heine's resignation. However, in the evening, the company removed Heine's biography from its website.

Heine's departure from the Mariinsky Theater was an unexpected end to his thirty-year career in Russia, where he studied with renowned teachers and became a conductor in one of the country's most prestigious theaters. And his departure is another blow to Russian cultural institutions, which are struggling with boycotts and cancellations by foreign groups as the country's art under Putin increasingly withdraws into itself. Gergiev remains an important figure in Putin's campaign. Putin, during a televised meeting last month, asked Gergiev if he was interested in the idea of ​​merging the Bolshoi Theater in Moscow with the Mariinsky Theater, bringing Russia back to the time of the tsars.

“Russia will become more and more closed off,” said Simon Morrison, professor of music at Princeton University. “She will return more and more to her true self, no matter how harsh it may seem - a closed, angry, paranoid and resentful feudal kingdom.”

Heine, who grew up in Cherry Hill, New Jersey, became interested in Russian culture as a teenager. He accompanied his mother, a pianist, to a concert in Moscow, and there he took cello lessons from a professor at the Moscow Conservatory.

After school, he returned to Russia to study the language and culture. In 1998 he became one of the first American graduates of the Moscow Conservatory, then began studying with the distinguished Russian conductor Ilya Musin, who also taught Gergiev.

His breakthrough came in 2007 when Heine approached Gergiev during a rehearsal in Philadelphia and asked him if there were any openings at the Mariinsky Theater. Later that year, Heine was invited to make his theater debut with Mozart's Le nozze di Figaro, and he soon began to stage performances there regularly. In 2009 he was appointed permanent conductor.

During his stay at the Mariinsky Hein, he was on the podium in more than 850 performances and watched as the troupe under the direction of Gergiev grew and gained strength. Art and the state, as Heine realized, are inextricably linked in Russia. He has been to the theater twice when Putin, the house's main benefactor, has appeared at award ceremonies and other events.

“I just assumed that culture is a priority for this government for some reason,” he said.

He acknowledged that Gergiev sometimes used art for political purposes, such as when he held a patriotic concert in the Syrian city of Palmyra in 2016, shortly after Russian airstrikes helped push the Islamic State out of the city.

Nevertheless, according to Heine, he is not worried about Gergiev's long association with Putin. They had known each other since the early 1990s, when Putin was an official in St. Petersburg and Gergiev was just starting out at the Mariinsky Theater, then called the Kirov Theatre.

“I never felt that we were serving the state,” Heine said. “It just seemed like the state trusted Gergiev in his artistic priorities, and he convinced them that his priorities were good priorities, and they financed it.”

The invasion of Ukraine changed his views on Russia and his place in it. He had personal ties to Ukraine, where he served as Principal Conductor of the Kharkov Symphony Orchestra from 2003 to 2007. When he saw footage of Russian missiles hitting a building in Kharkov in early March, he was shocked.

“It broke me,” he said. “I saw the faces of all the musicians I worked with. I thought about my band director who lives two blocks from this house. I mean, this is his area. I just lost it. There was nothing I could do that day and I thought that was it."

He decided to leave his post, partly because he was concerned about the safety of his wife and 11-year-old son. His family left for the United States in early March, and he traveled to Switzerland to direct a production of Tchaikovsky's Eugene Onegin at the Lausanne Opera.

He returned to St. Petersburg last week and spent several days packing in his apartment and saying goodbye to colleagues over lunch at his favorite Italian restaurant near the Mariinsky, where a pizza is named after him. On April 17, he submitted a letter of resignation to the company and returned the keys to his locker.

On April 18, he arrived in London, where he is due to direct a production of Swan Lake at the Royal Opera House the following month.

He said that it was hard for him to leave Russia, where he spent about half of his life. He considers himself culturally Russian, although he remains an American citizen.

Nevertheless, Heine resigned himself to what comes next. “The saddest thing was not to come to the theater and say that I was leaving. The sad part was seeing the disappointment and sadness of the people I had to tell I was leaving,” he said.

Higher education is optional: Elon Musk and other large corporations are ready to take people after courses

Near Kyiv, Russian invaders shot a relative of Navalny: the oppositionist is sure that this is because of the surname

During March, US border guards detained more than 5 Ukrainians