Home At home Isolated from everyone: Russia has invented a unique way to protect Putin from coronavirus

The fight against coronavirus in Russia has recognizable national characteristics. President Vladimir Putin is isolated from everyone, officials are vaccinated "through pull", and state employees are forced to vaccinate, using an administrative resource, writes Proekt Media. 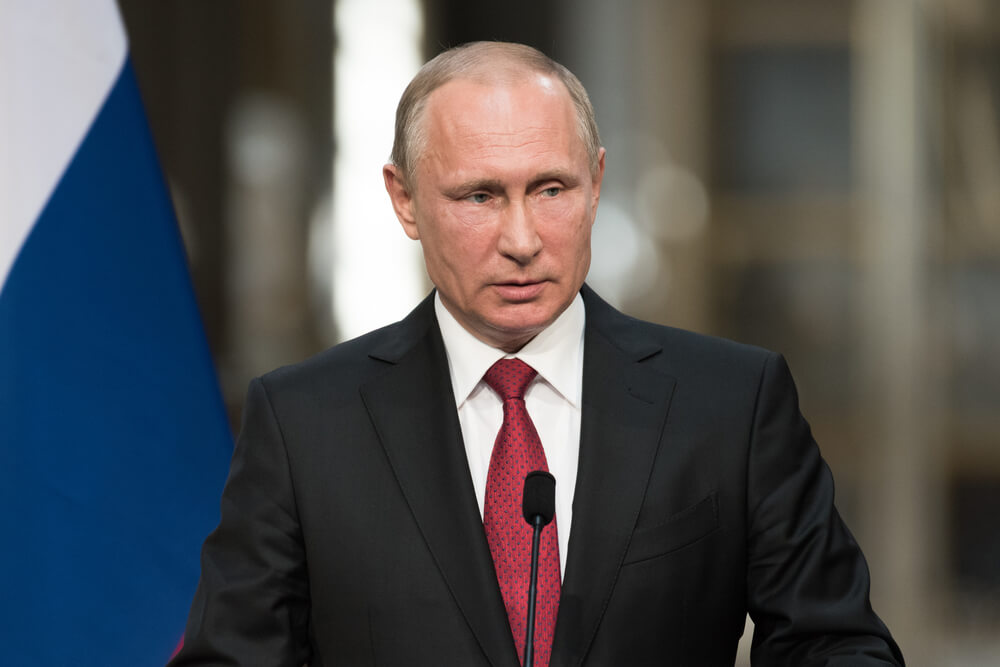 On September 14, President Vladimir Putin received Alexander Lukashenko at his Bocharov Ruchei residence in Sochi and boldly greeted him by the hand. The Belarusian leader, according to him, has already been ill with COVID-19 and, most likely, could count on not being infected a second time.

But the courage of Vladimir Putin, who is at risk by age, could seem desperate to the uninitiated: in addition to Lukashenka, there were protocol officers, a Kremlin photographer and cameraman, as well as a film crew of the Rossiya channel's propaganda program Moscow. Soloviev and Pavel Zarubin weekly talk about the exploits of the head of state. And all this against the background of reports of an increase in the incidence.

However, Putin's courage will not be so desperate if you take a closer look at the same program "Moscow. Kremlin. Putin". Even at the height of the epidemic, Zarubin, who had previously announced his stories about Putin directly from the studio of the All-Russian State Television and Radio Broadcasting Company, standing next to Solovyov, suddenly and without any explanation began to get in touch on TV from a mysterious room resembling a hotel room.

The interlocutors of the Project explain that all people who have to be next to the head of state, regardless of their regalia and age, have to serve a very strict two-week quarantine. There are at least three places for the supreme quarantine.

Back in the summer, everyone who was to be near the president was divided between Moscow and Sochi. Some of the staff of the presidential administration, personal photographers and cameramen, a part of the film crew "Moscow.Kremlin.Putin", as well as, for example, 30 important employees of the nuclear industry were sent to the Sochi boarding house "Dagomys". There is a very strict regime: you need to sit in the rooms and wait for the results of the coronavirus test. If the test shows a negative result, then people are transported to a more comfortable boarding house "Rus" nearby - there you can already walk around the territory. No one else is allowed in these boarding houses: the "Project" correspondent tried to book rooms there, but in "Rus" employees do not answer the phone, and in "Dagomys" they said that they were probably closed until the end of the year.

At the end of the two-week quarantine, the inhabitants of "Rus" are allowed to see the president. It was from there that officials and journalists traveled to the Sochi residence “Bocharov Ruchei” to meet with Lukashenka. And it was from there that 30 employees of the nuclear industry, including 66-year-old Honored Academician Georgy Rykovanov, were loaded onto a plane and taken to the Kremlin. Thanks to all these quarantine measures at the expense of the budget, on September 23, Putin shook Rykovanov's hand and personally handed him the Star of the Hero of Labor, without fear of infection.

Others in contact with the head of state were sent to isolation in a complex of government dachas on Kosygin Street in Moscow. There is a similar scheme - while waiting for the test, you need to sit in your rooms, and then you can walk around the territory. And only at the end of two weeks, they are allowed to travel to the residence of the President of Novo-Ogaryovo near Moscow - from there the head of state held many events.

Finally, some people close to the president should live right on the territory of Novo-Ogaryovo, in a part intended for guests. But the places there quickly ran out.

It is important that the strict two-week quarantine regime applies to everyone who wants to be near the president, without exception. A top manager of one of the state corporations says: his meeting with the head of state is still planned, but he has already received a call from the Kremlin and warned that he will have to be locked up for two weeks, but where exactly has not been specified yet. Senior officials are given the right to choose a place for isolation. This is how the head of Rosmolodezh, Alexander Bugaev, the head of Gazprom, Alexei Miller, the head of the United Aircraft Corporation, Yuri Slyusar, and many others were quarantined.

The president communicates with everyone else either by video link or at a very long distance. For example, on September 23, senators, including Federation Council Speaker Valentina Matvienko, did not approach him at a meeting with the head of state, listening to Putin's speech at a respectful distance.

Such a scheme means that the work of the president is practically not covered by journalists - except for a personal cameraman, a state photographer and the VGTRK film crew, no one is allowed to attend events. And all the journalists in the Kremlin pool write their reports while watching the broadcast on the Russia-24 channel.

It was thanks to these technical tricks that readers of Kommersant were able to read Andrei Kolesnikov's report from Putin's meeting with the senators. Traditionally, there was not a word about the fact that the author was not present at the event.

Not a single Western country informed visitors of the heads of state about the need to quarantine, and even less did they close top officials from journalists. On the contrary, the elderly President of Portugal Marcelo Rebelo de Sousa himself went into isolation for two weeks after contact with an infected coronavirus infection. The Prime Minister of Great Britain Boris Johnson, who was diagnosed with the virus, did the same, and after recovering, he immediately returned to public work. And, for example, US President Donald Trump is still giving briefings to a pool of White House reporters.

Perhaps, thanks to the unique opportunity to lock up all his entourage and guests, Putin, unlike the whole country, can not rush to the coronavirus vaccine developed in Russia. Officials who did not have Putin's power, on the contrary, rushed to give themselves injections from a dangerous disease when ordinary citizens did not have such an opportunity yet.