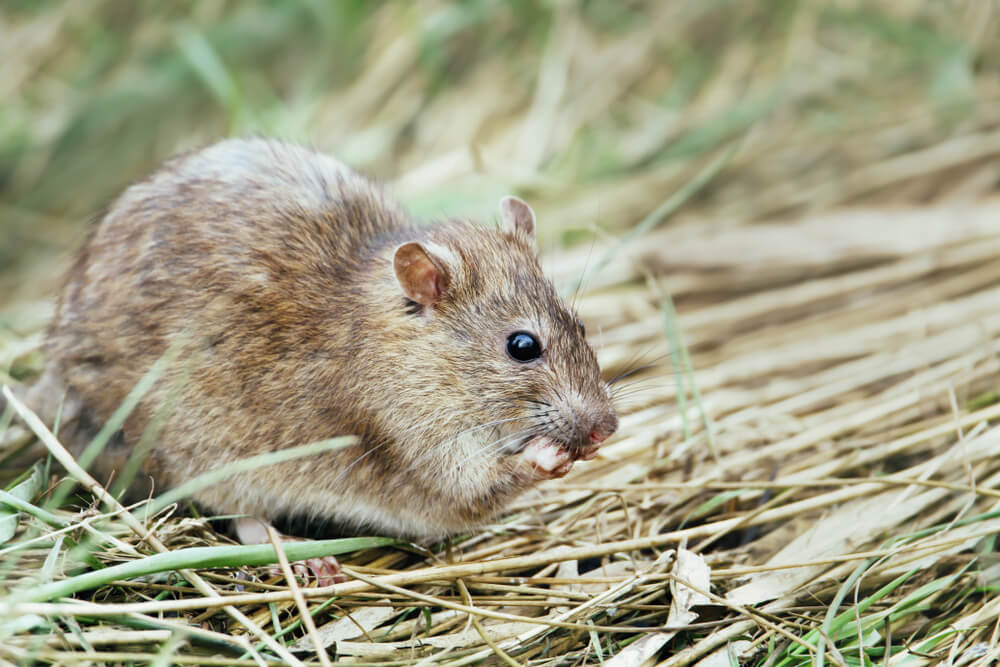 Magawa worked much faster than people with metal detectors and without the risk of being blown up herself. The 70-centimeter rodent has helped locate 39 landmines and 28 ammunition during its career.

The Gold Medal was awarded to Maghawa by the British charity PDSA, which provides veterinary care for low-income animals.

Since 1943, the PDSA has presented awards to animals that have distinguished themselves for bravery in wartime, and since 2002 - also to those that have shown special heroism in peacetime.

“For dedication to duty and saving lives while detecting and clearing deadly landmines in Cambodia,” reads the certificate handed over to the Magawa rat.

In Cambodia, it is estimated that about 6 million mines are still buried in the ground after the civil war of the 1970s and 1980s.

In the past year alone, 77 people have died from them. The limbs of 40 inhabitants of the country have been amputated - there is no more such number of victims anywhere in the world.

The Magawa Rat became the first rodent to receive the PDSA medal - an analogue of the British St. George's Cross for animals.

All previous winners were dogs.

On the subject: 'Almost 100% accurate': how dogs are used at the airport to detect COVID-19

How rat sappers are prepared

Magawa is now seven years old. The one-year rat training course took place in Tanzania, where the Belgian charity Apopo has been teaching animals to sniff out mines and tuberculosis since the 1990s.

“This award is a great honor for us,” said Apopo Chairman Christophe Cox in an interview with PA. “But it also means a lot to the people of Cambodia, as well as to people around the world who are affected by landmines.”

Magawa was born and raised in Tanzania. It weighs 1,2 kg and is 70 cm long. Although much larger than a normal rat, its size and weight are still too small to cause a land mine to explode.

The Apopo organization calls its participants HeroRATs ("Hero Rat"). They are not taught to sniff out metal, but chemical compounds inside explosives. This means that the rats are not distracted by sniffing scrap metal, and thus the process of finding mines is much faster.

When the rat finds explosives, he begins to scratch the ground with his paw to alert the people who work with her in a team.

An area the size of a tennis court Magawa can explore in 30 minutes, while a sapper with a metal detector can take up to 4 days. Moreover, unlike humans, the risk of being blown up for rats is minimal.

Magawa is assisting specialists at the Cambodian Mine Clearance Center. She works half an hour a day in the morning and is already very close to retirement.

“Magawa's work directly saves and changes the lives of men, women and children surrounded by mines,” said PDSA Chair Jen McLoughlin. “Each finding reduces the risk of injury and death for local residents.”

On the subject: The whole city saved from death: for which a monument to a Siberian husky was erected in New York

Cambodia has had 1979 deaths and 64 disabilities since 000, following antipersonnel mine explosions during the 25s and 000s civil war, according to the HALO Trust, a British munitions clearance organization in countries affected by military conflicts.

In 1999, the Ottawa Convention entered into force prohibiting the use, production, storage and transport of anti-personnel mines. It has already been signed by 164 countries. Russia and the United States did not sign the agreement.

In 2014, US President Barack Obama imposed a ban on the use of anti-personnel mines by the US army.