Home World Already collected 9 tons: an activist has created a device that cleans the world's oceans from plastic

It has been nearly a decade since Boyan Slat announced at 18 that he had a plan to rid the world's oceans of plastic. What did he do, said the publication Business Insider. 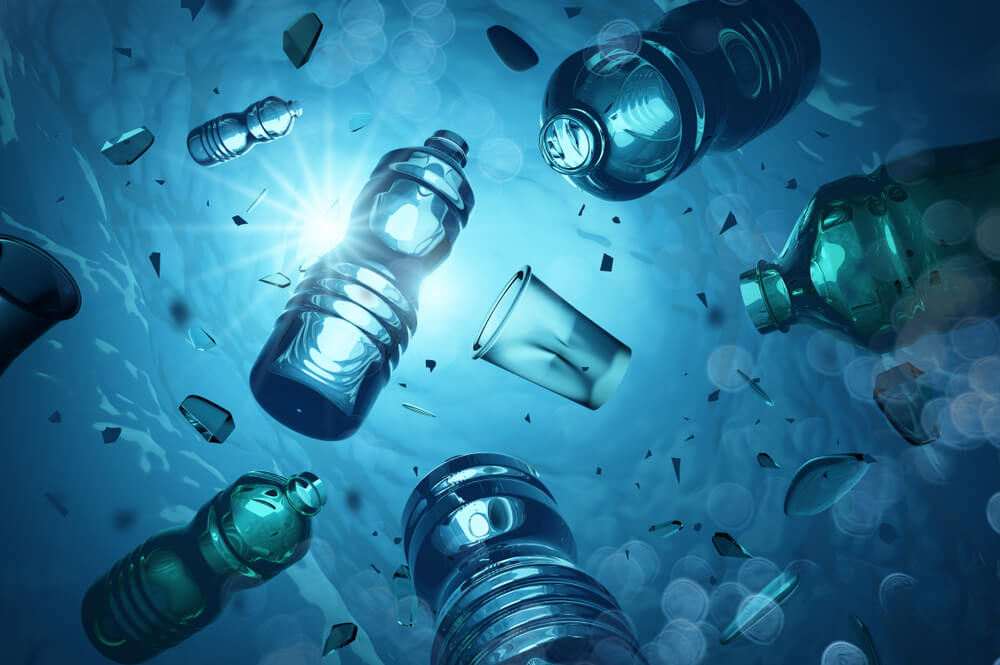 Slat, now 27, is a Dutch inventor and founder of the nonprofit Ocean Cleanup, which aims to remove 2040% of the plastic floating in the ocean by 90.

This goal often seemed unattainable. Ocean Cleanup made its first attempt at a plastic capture device in 2018, but the prototype crashed. The newer model, released in 2019, does a better job of collecting plastic, but the organization estimates that hundreds of such devices will be needed to clean up the world's oceans.

Scientists and engineers began to question whether the group would be able to donate the tens of millions of dollars it had received in funding.

On the subject: Modern children consume a catastrophic amount of microplastics: research

But in the summer, the organization created a new device called Jenny. The organization has high hopes for him. The rig is an artificial floating coastline that grabs plastic like a giant hand and then directs debris into a funnel-shaped braided net. Two ships tow it through the water at about 1,5 knots (slower than normal walking speed), while the ocean current pushes floating debris towards a giant net.

October 8th, 2021: the final test extraction of System 002, and the moment we knew that cleaning the Great Pacific Garbage Patch is possible. pic.twitter.com/79e1SiNz4h

In early August, the team launched Jenny into the Great Pacific Garbage Patch, a debris swirl between Hawaii and California. Ocean Cleanup estimates that the landfill is the largest accumulation of ocean plastic in the world - it has more than 1,8 trillion pieces.

Jenny underwent a final test as the organization sought to determine if she could bring large quantities of plastic ashore without breaking or malfunctioning. Ocean Cleanup said the device pulled 9000 kilograms (nearly 20 pounds) of debris from the Pacific Ocean - proof that the debris patch could eventually be cleaned up.

How the new device works

The ocean cleaner has come a long way from its original prototype: it was a 330-foot (100 m) floating barrier that looked like a long pipe in water.

The latest version is U-shaped and more flexible like pool lane dividers. Once the net attached to it is filled with plastic (roughly every few weeks), the team pull it out of the water and dump the debris onto one of the ships that pull it.

Once the plastic is brought to shore, it is recycled. At the moment, Ocean Cleanup uses plastic to make $ 200 sunglasses, and the proceeds are funneled back to cleaning. Ultimately, the organization hopes to partner with consumer brands to produce more recycled products.

Our ocean system is designed to catch floating plastic, not animals. To protect marine life, our system is towed at a very slow and constant speed of max 1.5 knots (think: half of a normal walking speed), so marine life can easily swim in, out, and around the system. pic.twitter.com/pHyPCa997l

Slath estimated that it would take the team about 10 Jennies to clean up 50% of the Great Pacific Garbage Patch in five years. He tweeted that a single device can hold 10 to 000 kg of plastic.

The Ocean Cleanup system picks up several types of floating debris, including large containers, fishing nets and microplastics just a few millimeters in size. But it only fixes the plastic floating on the ocean surface. A study published last year found that there can be 30 times more plastic on the ocean floor than on the surface.

The organization says large chunks of floating plastic will eventually turn into microplastics, which will be much more difficult to clean.

Drone footage of the retention zone of System 002 filling up nicely on September 19. pic.twitter.com/BPzVqedGaN

Jenny's device certainly doesn't stop plastic from entering the oceans to begin with. Researchers estimate that about 11 million metric tons of plastic are dumped into the ocean every year. By 2040, this figure could rise to 29 million metric tons. According to Ocean Cleanup, Jenny's ten devices will be able to collect 15 to 000 metric tons per year.

What's more, the boats that pull Jenny's device require fuel, which means environmental damage. The device was originally designed to passively collect plastic using ocean currents, but this design caused it to scatter too much of the collected debris. Ocean Cleanup says it buys carbon-based fuels to offset emissions from towing vessels.

“Once plastic enters the open ocean, it becomes very expensive to bring it back in, and it requires a lot of fossil fuels,” said Miriam Goldstein, director of ocean policy at the Center for American Progress think tank.

But, Slat believes, there is still time to solve these problems.

Six things not worth buying at discount stores