Home Our people How much a trucker earns in the USA and how to become one: the experience of an immigrant from Ukraine

The $ 8 billion in revenue is not the budget of a leading country in the world, but the revenue of the US cargo transportation industry for 2018. In America, more than 70% of all goods are delivered with their help. And although due to the trade war with China, the pandemic and protests, the volume of traffic and payments have decreased, the truck driver remains a profession that guarantees a stable and decent income. "Voice of America". 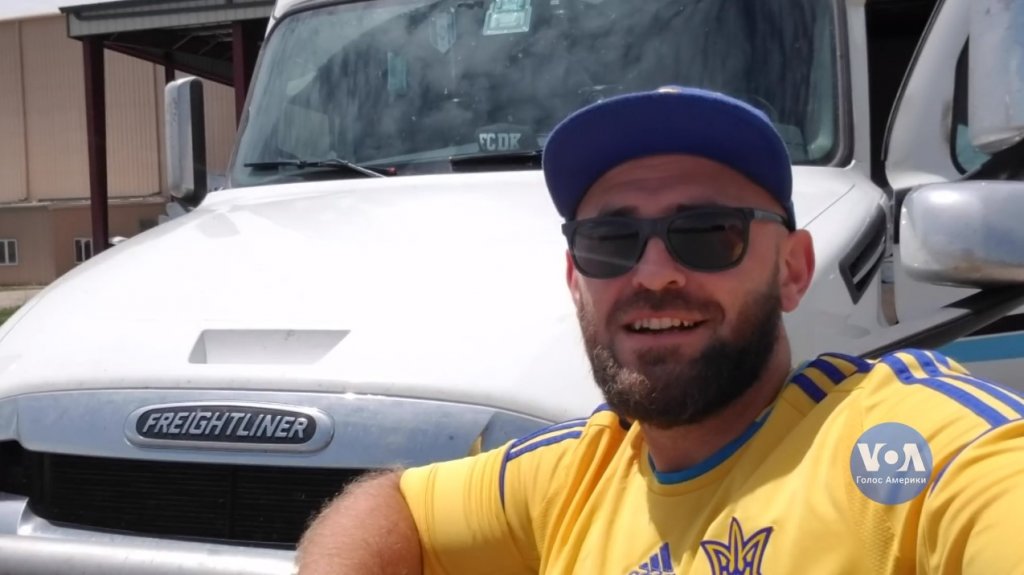 Earlier this year, the Ukrainian migrant Ruslan Potushansky decided to try his hand at the profession of a trucker. According to him, a lot of Ukrainians in the USA work in the trucking business. Most of them do not see their family, but this work gives them the opportunity to support her, help their relatives in Ukraine, and indeed just work.

On the subject: How to get a driver's license in the USA and how much they pay a trucker: the experience of an immigrant

Ruslan is a military financier by education. In the United States, he first had to master the skills of a builder. He was also involved in organizing tourist trips. Subsequently, he received the license to drive commercial trucks: for this you need to be a US citizen or have a green card (permanent resident card), or immigration status, which gives the right to work. Driving school tuition lasts 3-12 weeks and costs between $ 1500 and $ 6000, depending on the institution and state. Drivers undergo medical examinations, theoretical and practical exams. 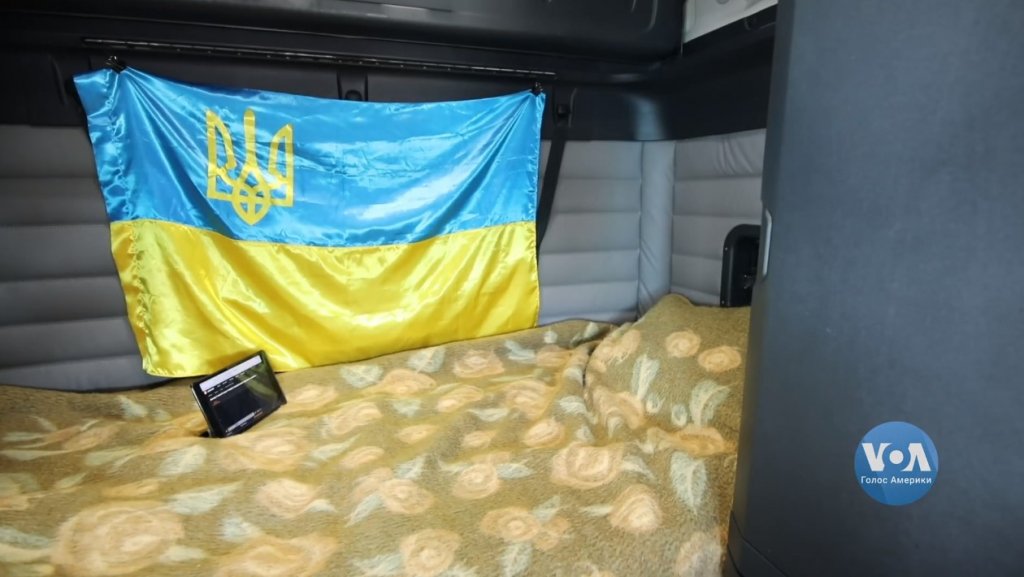 “I work on a trailer called a flatbed. This is a platform on which you upload some kind of structures, building materials. You fix them yourself and are responsible for absolutely everything. I must say, the speeds in America are not the same as in Ukraine, when you can go 70 kilometers per hour. Here the truck travels on average 100 kilometers per hour, - explains Ruslan. - Its weight is quite large, and if something falls on the road, it can lead to serious casualties. "

Most of America has very good roads, says the truck driver. So an average of 700 miles (just over 1100 kilometers) can be driven per day. A novice trucker can count on average at 50 cents per mile on the road. About $ 50 a year. If the driver owns the truck, then at full load can earn twice as much. However, coronavirus significantly reduced the earnings of truckers. 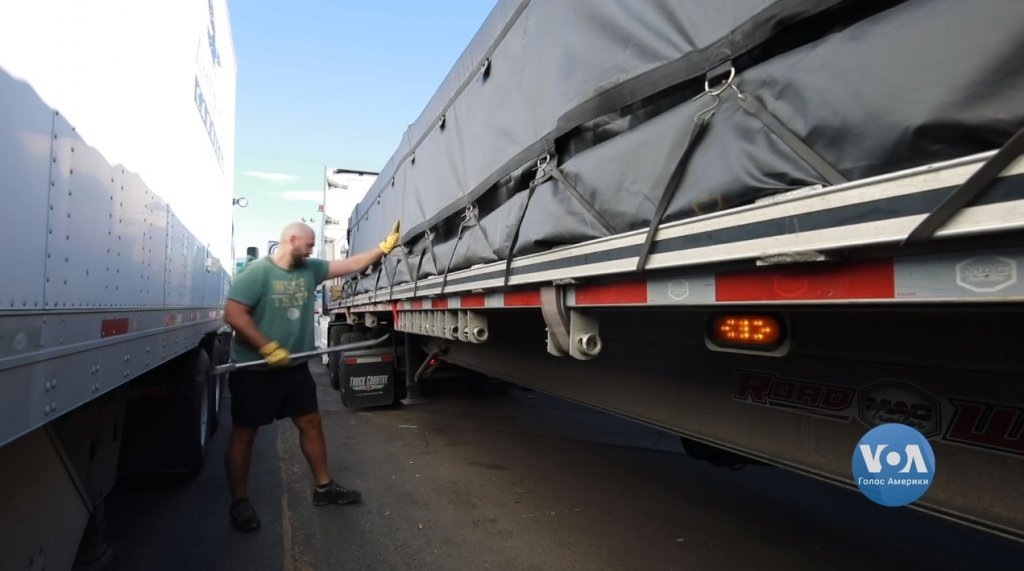 “It was a very profitable business a couple of years ago,” Ruslan says. - A lot of people bought their trucks and worked for them themselves. Sometimes they put another driver and earned pretty good money thanks to this. But now the prices for goods have fallen, and the number of trucks remains the same. Over time, relations with China deteriorated, followed by the coronavirus, and the very situation on the market forces many people to work almost to zero. "

Ruslan works 3 weeks in a row, rests at home in Miami for a week. He came up with his own way to relieve fatigue and maintain physical fitness during a long drive. 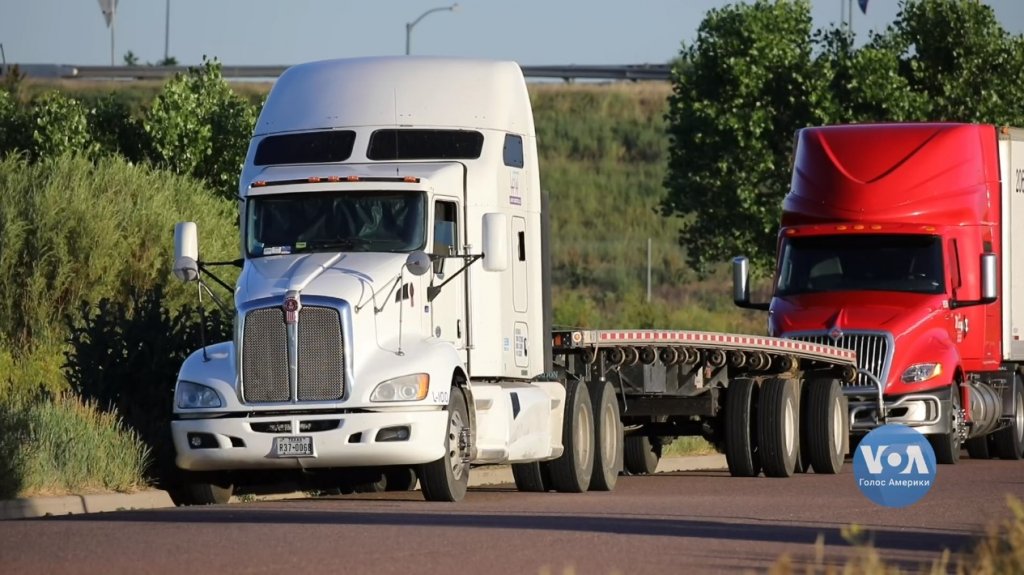 “I am an active person and quite social, I have many friends, acquaintances,” he emphasizes. - Music is, of course, good, but I discovered audiobooks for myself. Mobile communications and the Internet save you, because you can communicate with Ukraine, Costa Rica, Spain - whoever you want. I know guys who carry dumbbells, parallel bars, horizontal bars with them. I just do push-ups, stretch every time I get out of the car, try to stretch my back - this is one of the most painful topics of all truck drivers: after 5-10 years they all begin to heal the back. ”

On the subject: How I got my first driver’s license in America, and why it’s not necessary to go to a driving school

The operation of the freight transport industry is overseen by the appropriate agency under the US Department of Transportation. According to the rules, the driver can stay behind the wheel for 11 hours for a 14-hour period. He or she can return to work only after a 10-hour rest. 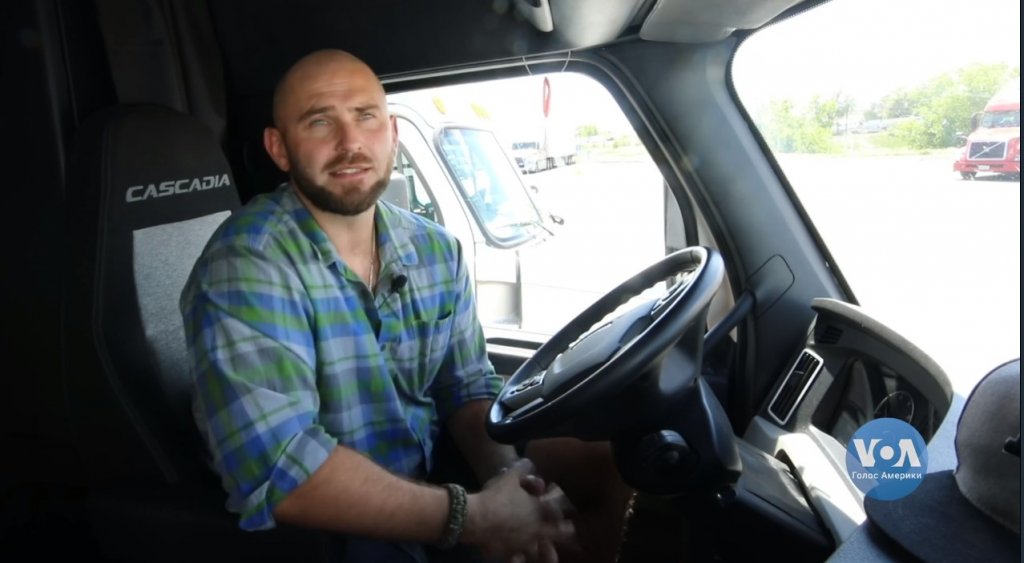 “During my life, I have tried quite a few professions: flight attendant, insurance specialist, tourist guide, builder, electrician,” Ruslan said. “But I like this profession during my entire stay in America because I am constantly on the move, every time I see something new, I don’t stop in my travels and meet new people.”

A Ukrainian in the USA was the victim of an accident at work: the guy has been in intensive care for three months

Truckers protest outside the White House: Trump said it was a 'sign of love'

How to get a driver's license in the USA: personal experience of an immigrant

'Sometimes I miss, but I didn't think to return': how does a Russian woman who moved to the USA at 65 live