There has never been a better time to pull national parks off your wish list. Many types of travel, especially international travel, are now excluded, and current safe travel practices require staying at home, avoiding crowds, and sticking to wide open spaces. So why not take an unforgettable trip across the USA on the Amtrak train. Edition Travel and Leisure collected 6 beautiful national parks that you can visit on Amtrak. 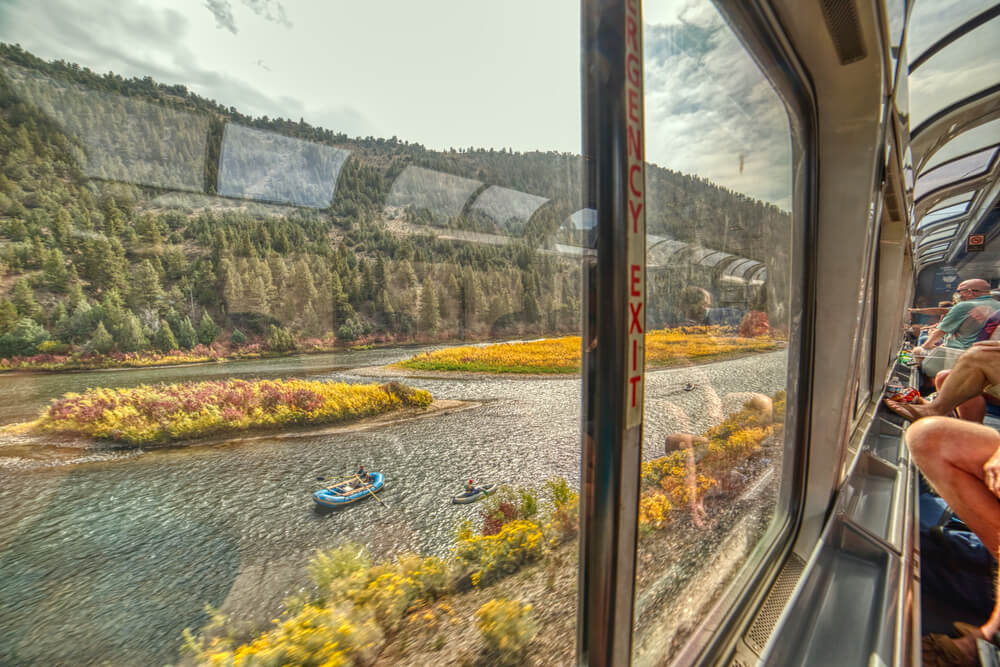 The American train system has tightened up cleaning protocols so you can rest assured your space is hygienic. You can even book a private room to keep you comfortable, plus you can relax on a long journey - the seats turn into beds, plus free Wi-Fi and scenic views from the window.

Amtrak serves over 500 destinations, many of which are in or near national parks, and last but not least, there's the option to bring your bike, fishing gear, or camping gear if you're planning on going on an adventure.

When it comes to family vacations and national parks, nothing is more iconic than the Grand Canyon National Park. Reach America's most famous natural wonder on Amtrak's Southwest Chief Train, which travels between Chicago and Los Angeles, crossing eight states along the way (including Kansas City, Las Vegas, Albuquerque and more). You will learn why the American West is so often called "majestic" - the sprawling mountain ranges, deserts and canyons along the route will definitely please you.

On the subject: Avoid places that everyone is already tired of: 13 unique parks for families with children

Miami, Florida may not be the first place that comes to mind when planning a trip to a national park, but did you know that it is the only city in the United States that has two national parks on its border? Climb aboard Amtrak's Silver Service/Palmetto Line and you can explore both Biscayne National Park, 95 percent of which is underwater, and Everglades National Park, which covers one and a half million acres (600 hectares) of swampy wetlands and unspoilt wildlife. A diverse and fragile ecosystem is vital to the state's environmental health. The route stretches along the East Coast of the United States, from New York City to the sunny beaches of Miami, stopping along the way in well-known cities such as Savannah, Charleston and Washington DC (Columbia).

Another bonus of the Silver Service/Palmetto route, if you head to DC, you'll be only half an hour from the spectacular ancient forests of Congaree National Park, South Carolina's only national park. Drop off in Washington DC and you'll be an hour and a half from the waterfalls and wetlands of Shenandoah National Park and its famous Skyline Drive. You can also get to Shenandoah National Park on the Amtrak Crescent train, which runs between New York and New Orleans, if you stop in Charlottesville.

You can stop in cities like Portland, San Francisco, and Santa Barbara along the way, but the real highlight is Crater Lake National Park, home to the deepest lake in the United States. The epitome of the beauty of the Pacific Northwest, Crater Lake National Park gives you the opportunity to hike to a dormant volcano, camp, drive along the scenic edge and wander through old forests.

To get to Crater Lake National Park on the Amtrak, get off at the Klamath Falls stop and take the bus to Crater Lake, which will take you to the park within an hour and a half.

For a national park adventure filled with rolling hills, dense forests, and plenty of hiking and kayaking spots, plan a trip to Cuyahoga Valley National Park - Ohio's only national park. If you take the Lake Shore Limited and get off at Cleveland, you'll be only half an hour from the park. The Amtrak Lake Shore Limited Route connects New York and Chicago for a 19-hour journey along the breathtaking coastline of the Great Lakes and through the scenic Finger Lakes region.

The Texas Eagle connects Chicago with San Antonio (even as far as Los Angeles). Get off the train in Malvern, Arkansas and take a quick half-hour trip to Hot Springs National Park. Aboard the Texas Eagle, you'll cross the Mississippi River, admire the beautiful Ozarks, and delve into the Texas countryside.

Glacier National Park is replete with some of the most colorful scenery in the country, and Amtrak makes it easy to get there thanks to its Empire Builder line, which stretches from Chicago to Portland to Seattle. Along the way, you will cross the plains of North Dakota, but Glacier National Park is still ahead of the rest, it is the “king of the continent”.

The park's highlights include glacial peaks and lakes, stunning views, five National Historic Landmarks, and over 700 miles (1 km) of hiking trails. In other words, there is plenty to choose from, but don't forget to visit the "Road to the Sun" and the magnificent "Hidden Lake".