Rebecca Ross, press secretary of the US Embassy in Moscow, is expelled from Russia. She was among the 10 employees of the American diplomatic mission, whom the Russian side declared persona non grata in April, writes Air force. 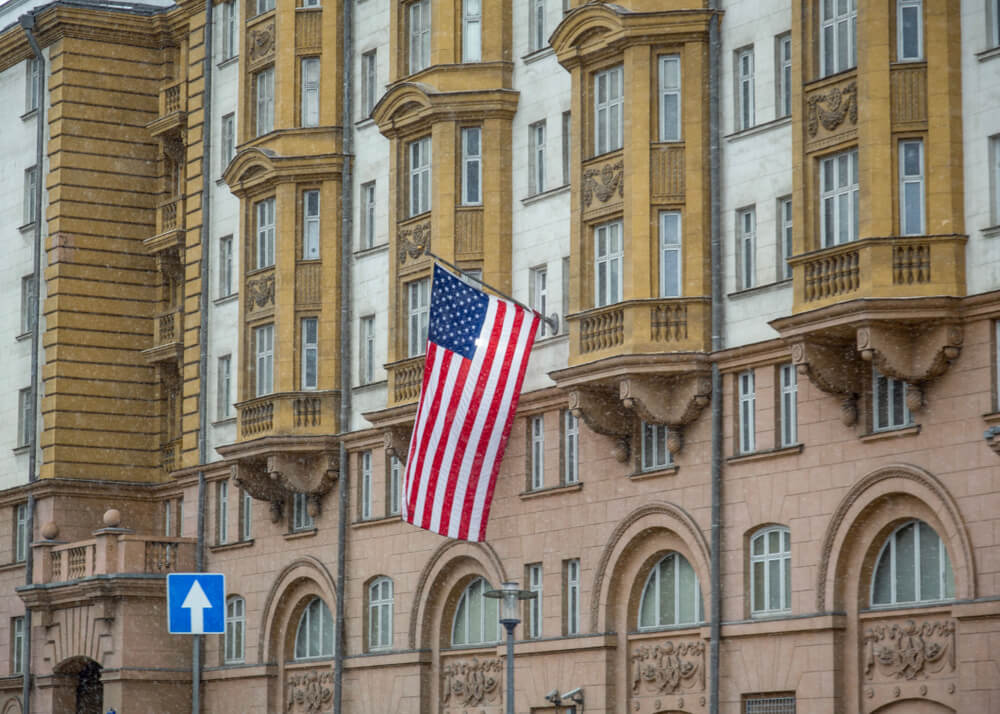 The expulsion of Ross on Wednesday, May 12, was reported by the Kommersant newspaper. Later, she herself confirmed this information to the TASS agency.

The expulsion of the Russian Embassy staff became part of the new US sanctions, introduced including against the Russian sovereign debt by the administration of President Joe Biden.

Among those expelled are representatives of Russian intelligence services, the White House said in a statement. The Russian Foreign Ministry called this "hostile actions of the American side."

The Americans were ordered to leave Russian territory by the end of the day on May 21, the Russian ministry said in a statement.

In response to Kommersant's question why the embassy press secretary was on the blacklist, a source in the Russian Foreign Ministry made it clear that this is “a mirror response to the actions of the United States, which have prevented filling the vacant position of the press secretary of the Russian embassy in Washington for more than six months. ”.

On the subject: 'Give us back this right': Russians demand to renew the issuance of American visas in Moscow

The same version was put forward by a TASS source: “For more than six months, the Russian Embassy in the United States has been working without a press secretary, whom Moscow has prepared to direct and work in Washington. The reason is the categorical refusal of the American authorities, without any explanation, to let a Russian diplomat into the United States to fill this position. "

At the same time, the interlocutor of TASS refused to comment on "the personalities included in the response list of the employees of the American embassy being expelled from Russia."

“We are talking about a diplomat with extensive experience, who previously held similar positions in two other embassies,” a source from Kommersant explained. - And the United States simply returned the documents submitted by this person for a visa, without even commenting on the reason for their refusal. So this is not a Russian initiative. ”

In the near future, as the Russian Foreign Ministry told Kommersant, a decision will be legally formalized to ban US diplomatic missions from hiring administrative and technical personnel from citizens of Russia and third countries. Moscow already introduced such restrictions in 1986, and then the US ambassador had to carry himself to work, and his wife had to serve guests at receptions, the newspaper reminds.

On April 25, Russian Foreign Ministry spokeswoman Maria Zakharova said that the United States would become one of the "unfriendly countries", whose embassies will be limited to hiring employees in Russia according to the decree of President Vladimir Putin.

Putin made this decision against the background of diplomatic conflict with the Czech Republic, whose authorities suspected Russian intelligence agents of involvement in the explosions of ammunition depots in 2014 and announced the expulsion of Russian diplomats, who, according to the Czech authorities, are associated with the Russian special services.

And on April 30, the US Embassy announced in fact about complete cessation of the issuance of American visas to Russians.

From May 12, the embassy will practically cease to provide consular services, with the exception of emergency cases with US citizens and the emergency issuance of visas to Russians when it comes to life and death or the expiration of an immigrant visa, the American diplomatic mission warned then. This is due to the fact that the embassy will be forced to cut the consular service by 75% at the request of the Russian side. American diplomats have already received a notice that the Russian authorities will prohibit the employment of foreign citizens in any capacity.

Back in September last year, US Ambassador John Sullivan lamented the lack of staff on his mission. In 2016, 1200 people worked at the embassy, ​​but by September 350-360 employees remained, of which less than 200 are Americans.

The last comment by a spokesman for the US Embassy on Twitter was published the day before. It dealt with the tragic events in Kazan. Ross expressed her sincere condolences to the families of all the victims.

Personal experience: what I did in Russia and stopped doing in the USA