Home Educational program The transfer of power in the USA: historical facts and possible risks after the presidential election

The refusal of US President Donald Trump to make a clear commitment to accepting the results of the presidential election due on November 3 has raised surprise, concern and the potential prospect of an unprecedented constitutional crisis. In the material Radio Liberty provides a perspective on thinking, rhetoric, rules, and historical events to help better understand the current situation in the United States. 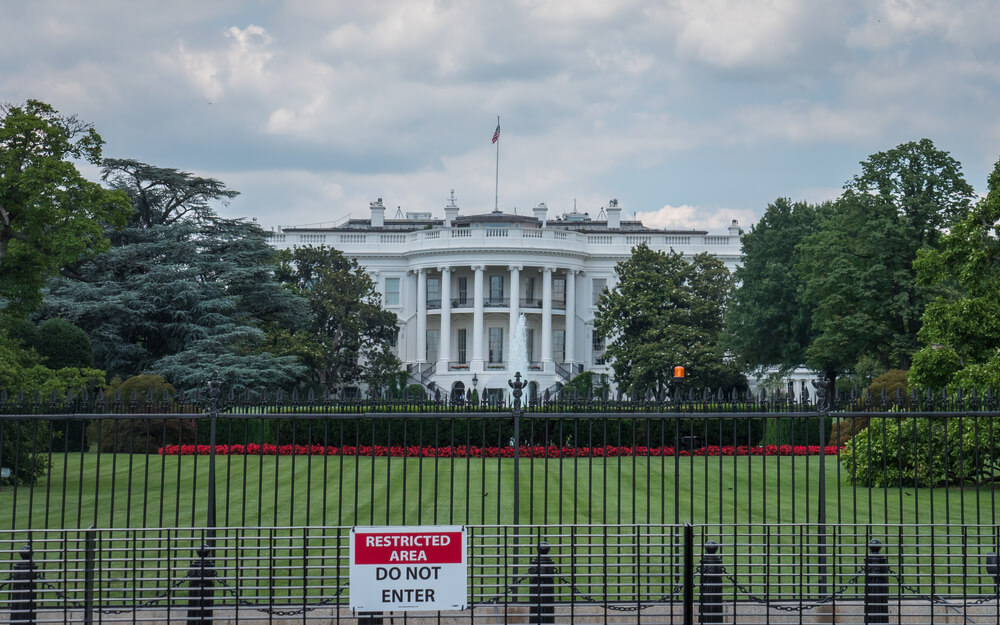 Ever since George Washington left the presidency in 1797 and returned to his estate in Virginia, the transfer of power in the United States has been peaceful and orderly every time a new president is elected.

In times of war and peace, wealth and need, US presidents left the White House without problems. This made the United States a model for other countries in the world. With the exception of Franklin Roosevelt, presidents adhered to the two-term limit, which remained unofficial for decades and was only written into the Constitution in 1951.

"The idea that people come to the White House for a fixed period and leave it voluntarily, either because they end up in eight years of rule or because they lost the presidential election, is extremely important to American democracy," said Kevin McMeigon, professor of political science at the College. Trinity, Connecticut.

That is why President Donald Trump's repeated refusal to make a clear commitment to accepting the November 3 election results shocked many people both inside and outside the country. It also raised the question of the potential prospect of an unprecedented constitutional crisis.

On September 29, during a televised debate with Democratic rival Joe Biden, Trump said he would not "agree" with the outcome if he deemed it "fraudulent." Six days earlier, when asked whether he pledged to peacefully transfer power, the president said: "Well, let's see what happens."

Here is a look at the thinking, rhetoric, rules, and historical events that will help you better understand this unusual US situation.

Trump's worries about the veracity of the official election results have focused primarily on postal voting.

In the United States, postal voting has been practiced for decades, primarily for people who cannot vote in person at polling stations. But given the coronavirus pandemic, which raises concerns about the risks of in-person voting at polling stations, millions of Americans have already cast their votes for the first time or will do so by mail.

Trump argued that the US Postal Service could not handle so many ballots, and mail-order voting contributed to electoral fraud. He criticized city and state governments for sending out ballots by mail to all citizens eligible to vote, whether they asked for it or not.

“This is a terrible thing for our country. It will not end well, ”Trump commented on the situation with these ballots during the debate. Speaking about the prospect of massive fraud in the mail-order voting process, he said, "This is a rigged election."

Electoral experts say it is difficult to carry out significant voter fraud in the mail due to measures taken by officials to verify ballots, such as verification of signatures. Five US states that have relied primarily or exclusively on mail-in voting since before the COVID-19 pandemic say there have been no signs of widespread fraud.

Biden said Trump's allegations of possible fraudulent voting by mail were unfounded. Other Democrats say the incumbent is trying to stifle voter participation, as opinion polls and 2016 election results suggest it could benefit him.

On the subject: In the 2016 elections, the predictions of the opinion polls did not come true: can you trust them this time

Earlier this year, Trump said the battle for election results could end in the US Supreme Court. This happened only once, in 2000.

In that election, Democratic candidate Al Gore pushed for a recount of ballots cast in Florida after losing the state by less than 600 votes, which cost him the presidency.

His Republican rival George W. Bush then filed a Supreme Court lawsuit that halted the recount, handing over the White House to Bush and ending the controversial conflict.

Gore, who did not question the legality of the voting process before the election, admitted defeat after the court ruling.

And, as the then vice-president in the Bill Clinton administration and also the chairman of the Senate in this position, it was Gore, a few weeks after the Supreme Court decision, officially approved the result of the election that transferred power to Bush.

“This symbolism underscored the democratism of the transfer of power,” McMeigon said.

Power was transferred peacefully in 1968. Perhaps the last time the country was divided politically as much as it is today, said David Schultz, a law professor and election expert at the University of Minnesota. Amid protests across the country over the Vietnam War and US civil rights, Democrat Lyndon Johnson left the White House and Republican Richard Nixon became president.

And this can happen again if one of the candidates decides to challenge the election results under certain conditions.

Presidential candidates compete for 538 Electoral College votes, determined by popular vote in each state in the United States. The winner is the one who receives at least 270, that is, a simple majority of these votes.

In 2016, Trump received fewer votes than his Democratic rival Hillary Clinton. And he was the one who won the White House seat, thanks in large part to beating Clinton by a narrow margin in three states - Pennsylvania, Michigan, and Wisconsin - that pushed him to 270 on the Electoral College.

Similarly, such races may take place in a number of crucial states this year. And if any candidate challenged the statewide election results, the counting process could drag on for weeks due to postal voting, and perhaps the decision would have to be made by the House of Representatives, some experts say.

By law of 1877, members of the Electoral College in each state must meet within 41 days of the election - no later than December 14 this year.

Because it takes longer to process ballots received by mail than those cast in person, election results may not be known for days or even weeks after November 3.

For example, Pennsylvania did not finish counting the votes cast by mail on June 2 in the previous party election of candidates, only on June 29, almost four weeks later.

Lawsuits filed by any candidate to appeal the outcome in any state or states could potentially delay the process beyond the December 14 legal deadline, Ed Foley, an election expert from Ohio University.

A similar process in Pennsylvania for the presidential election would bring the state closer to the December 14 deadline, Foley said, and added, "As the person watching this, this is somewhat intimidating."

On the subject: 'It will be like in Belarus': Trump does not promise to peacefully surrender power in case of defeat in elections

If a state misses this deadline - and this has never happened before - Congress could potentially invalidate the electoral votes of that state. If, as a result, none of the candidates gains 270 electoral votes, the House of Representatives can choose the next president itself. But the lack of precedent underscores the lack of clarity on this issue and the potential controversy over diverging interpretations.

"I would suggest that this is indeed rising to the level of something of a constitutional crisis, because in the entire history of the state we do not know the answer to whether it is possible to count the votes of the electors if they are cast after that date," said Michael Morley , assistant professor of law and election expert at the University of Florida during a seminar.

The fact that the establishment of a result may be slower than in previous elections also increases the possibility of party confrontation. For example, one candidate may become the leader on election night, but the result will change after the postal vote is counted.

Biden expressed confidence that if he wins the election, any attempts by Trump to challenge the results will be unsuccessful and the transfer of power will be easy.

During the September 29 debate, Biden said it "doesn't matter" if Trump wants to appeal his loss, because "if we get votes, this will be over: he will have to leave, he cannot remain in power."

However, experts said both sides are preparing for potential legal battles.

Kyle Copco, a political science professor at Elizabethtown College in Pennsylvania who studies the election issue, said both Biden's and Trump's campaigns have already assembled groups of lawyers to prepare for a possible post-election legal battle.

“They seem to be ready for this. This, apparently, is just a reasonable planning, - said Copco in a commentary on Radio Liberty. "In light of everything that is happening now, as well as the current rhetoric, having a plan is very important."

The debate of candidates for the vice-presidency of the United States was called the most important in 40 years: what was discussed

Trump wall: why both Democrats and Republicans condemn it

Some states have overpaid unemployment benefits and want to be refunded