From historic buildings to colorful pieces of art: the unique home of New York

The architecture of New York is very diverse. If you have free time, it’s worth a ride around the city to see these attractive houses that can inspire you. 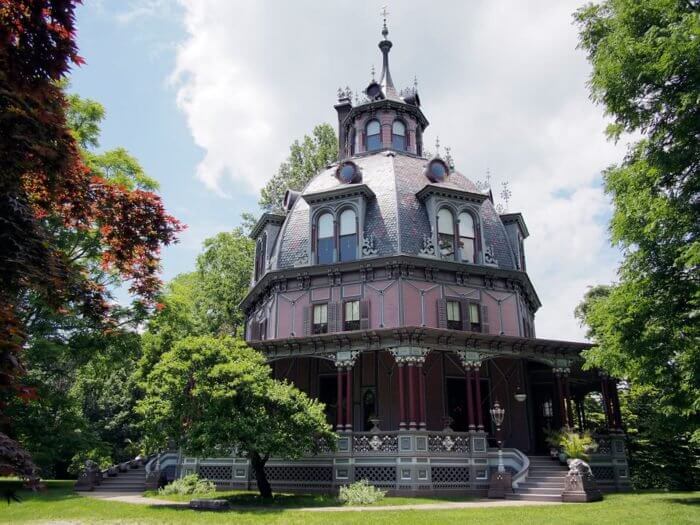 Also known as Octagon House, Armor-Stiner House - a Victorian house located in the Hudson Valley, which has the shape of an octagon. Surprisingly, there are actually quite a few octagonal houses in New York City, but this is simply one of the most visually stunning. Listed as a National Landmark for over 40 years, the house was built in 1860 and is a true work of art. The four-story building even has its own observatory right on West Clinton Avenue. 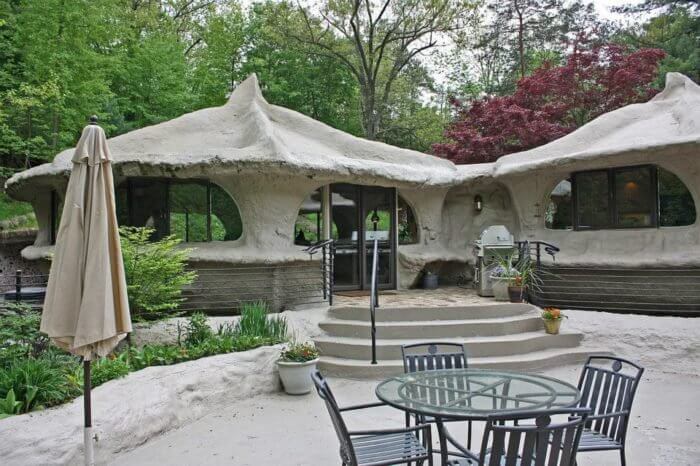 Mushroom house - one of the most visually unique houses in New York, in the city of Pittsford on Park Road. Built in the early 1970s, the house is made up of three 80-ton concrete mushrooms and has a fabulous interior. Inside the house, you will see unique tile work, stained glass windows and even more unique decor. Since 1989, this house has been considered a city landmark. For the past few years, it could even be rented for housing.

When you're done looking at one of New York's most mesmerizing natural wonders, Niagara Falls, head out to see other attractions. Right on Ontario Avenue is a colorful house, the creator of which assured that God gave him this idea. Visitors to the city come to him to take photos with this unique miracle. 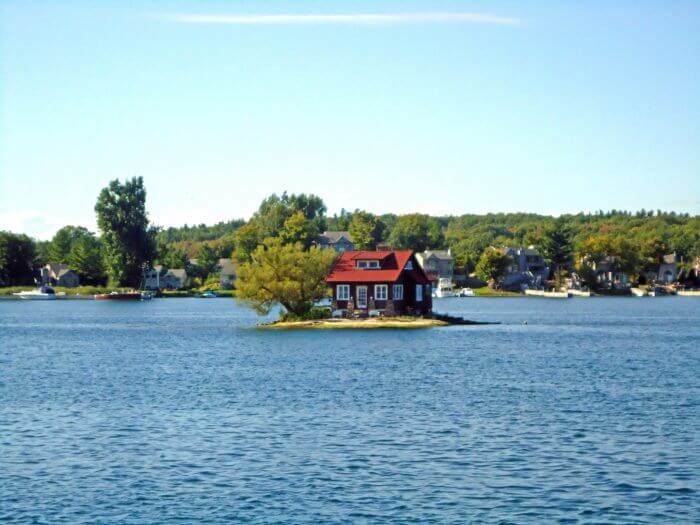 The house was bought by a family in the 1950's. They even planted a tree on the ground, so that a piece of land was officially considered an island. The land here is enough only for the house, but the backyard has nowhere to place.

Just off Bangalle Road in Millbrook is Wings Castle, a special building in New York. A man named Peter Wing and his loving wife have been building it for 40 years. At first, the unique castle was the home of a couple, and now it has turned into an amazing attraction and Bed & Breakfast. At about 80%, the castle is built from recycled materials.

6. The Painted Village In The Sky, Tannersville 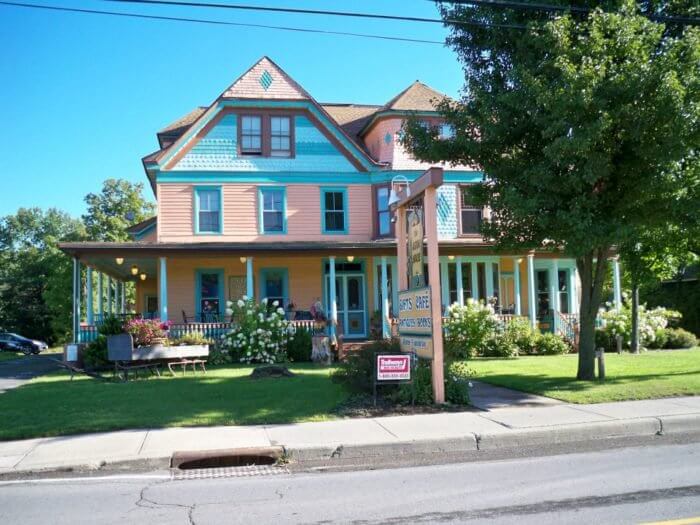 To the north in Catskills is located the small town of Tannersville. The charming town once had a main street, no different from any other street, until one of the residents repainted his house into something colorful and fabulous. After that, the remaining residents used the idea in their homes.

Travel around the city of Tannersville and you will find several houses with a fancy color combination. 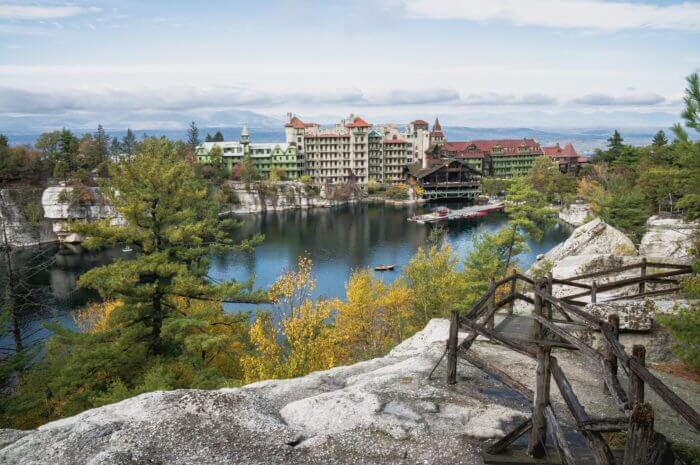 Perhaps one of the most famous "New York houses", Mohonk Township is a Victorian castle that sits along the shores of Lake Mohonk. Built between 1800-1900, the home is full of antique charm, and happy New Yorkers can now spend the night in this unique home.

How to spend free or very cheap time in New York

10 the most beautiful castles of the United States, which you might not know