Main page At home Once in history: how the American flag flew over the Kremlin for nine days

This incredible fact has nothing to do with military operations, but took place just during the Cold War, says Russia Beyond. 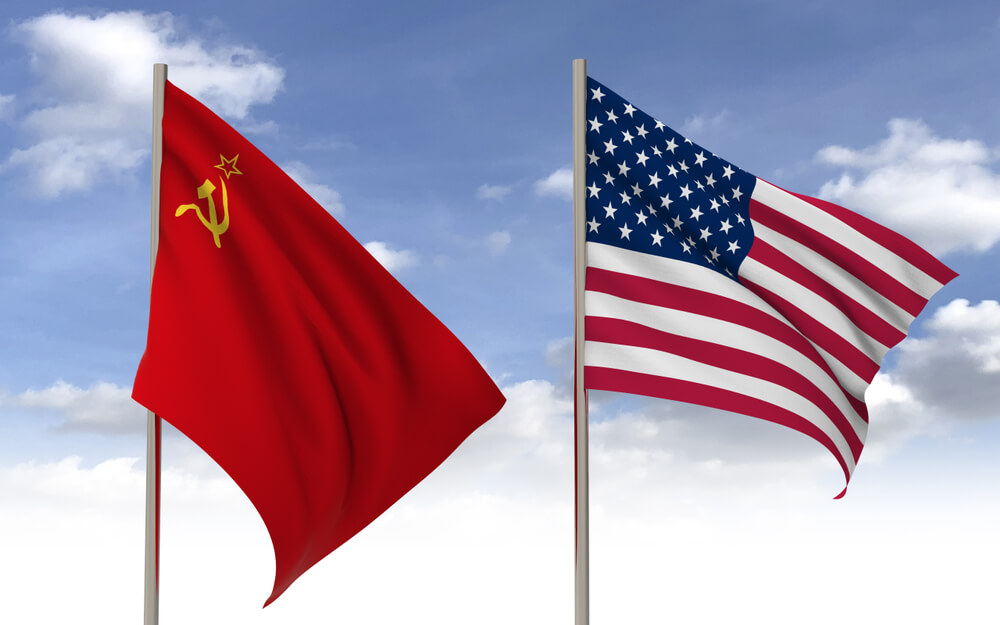 Only once in history has the US flag raised over the Kremlin. This was not a movie scene or someone's cruel joke. The flag was raised by order of the Soviet secretary general, and for nine days it fluttered in the wind - for everyone to see.

In May 1972, the most significant event of political "detente" took place - a temporary but long-awaited decrease in the degree of aggression between the United States and the Soviet Union. This was the first ever official visit of the President of the United States, Richard Nixon, to Soviet soil.

This was preceded by a five-year chain of events. In January 1967, the United States and the USSR agreed to work together on the Soyuz-Apollo project - the so-called “handshake in space” between the two powers on a joint manned space flight. In June of the same year, Prime Minister Alexei Kosygin arrived in the United States, and in December the Institute for the United States and Canada appeared at the Soviet Academy of Sciences, later proclaimed a "hotbed of liberalism." In 1969, Soviet-American talks on the limitation of strategic arms began in Helsinki, and in September 1971, a hot line was opened between the Kremlin and the White House. In short, the two superpowers became convinced that the nuclear arms race must end as soon as possible - and began to build bridges.

The matter finally came to the first official visit of the President of the United States. The dates and the agenda of the talks were agreed upon. But at the last moment, he was threatened with disruption: the day before, the United States massively shelled the two largest cities in Vietnam - Hanoi and Haiphong. The Soviet reaction was alarming.

Anatoly Chernyaev, a high-ranking official of the international department of the Central Committee of the CPSU, recalled that he was in Brezhnev's office when Prime Minister Kosygin called him with the words: “Look how Nixon has become insolent! You bastard! Listen, Laziness, can we postpone his visit? The bomb will be what you need! " To this Brezhnev objected: "The bomb is a bomb, but who will it hurt more?" Nixon was expected in Moscow on May 22, 1972.

On the subject: Gift with a secret: how the special services of the USSR installed a wiretap in the office of the US ambassador

Flag over the Kremlin with the best view from the window

The distinguished guest at the Vnukovo airport was greeted by Brezhnev's right hand, Nikolai Podgorny, Prime Minister Kosygin and Brezhnev himself.

The Soviet side thought through everything to the smallest detail, paying attention even to such details as the airport should look like. The secretary general demanded that there should be no "holo" at the airfield. As a result, in addition to the officials and the guard of honor from the representatives of the three branches of the armed forces, as required by the protocol, a crowd of young people was gathered on the airfield. We decided to refrain from posters with slogans like “Friendship” and “Not to fight, but to trade”, they stood only with American and Soviet flags.

From the airport, the motorcade with Nixon headed for the Kremlin, along a strictly verified route. As a well-known translator recalled this event, the voice of the USSR in official negotiations with Washington, Viktor Sukhodrev, Leninsky Prospekt and other streets leading towards the Kremlin were also decorated with Soviet and American flags.

“True, there were not only“ enthusiastic ”crowds of Muscovites, who were usually assembled by order at meetings of representatives of friendly states. Moreover, even casual passers-by were not allowed to the edges of the sidewalks. All this was agreed upon in advance, ”wrote Sukhodrev. They settled Nixon in the Kremlin, in an apartment next to the Armory, where they raised the flag of the United States of America for the first time in history.

Nixon, however, seriously drew attention to the desolation of the streets only during a one-day visit to Leningrad (now St. Petersburg): wherever the motorcade passed, he did not even see a random passer-by in any place, and all the adjacent streets were blocked by trucks. And when he returned to Moscow again and went to the Baptist church (which had also been previously agreed upon), he found only young men among those present at the service.

As it turned out later, ordinary parishioners were forbidden to approach the church that day, and only KGB officers "in civilian clothes" were sent inside. And this is the "least" of the preparation measures: in Moscow, for example, for a better view from the Nixon apartment from the Kremlin, an entire historic residential area was demolished so that it would not obscure the panoramic view of the classicist mansion of the 18th century.

Then Richard Nixon spent nine days in Russia. Life in the Kremlin left its imprint: he had to talk to his assistants, avoiding wiretapping, inside the presidential limousine brought from the States. But the visit itself paid off.

On May 29, on the final day, Brezhnev and Nixon signed eight important documents, including the ABM Treaty and the SALT-1 Treaty, an agreement on non-interference in each other's internal affairs, and a bilateral agreement on cooperation in science, space, medicine and environmental protection.

One of the results of the visit was an agreement between the Soviet government and Pepsico on the construction of a Pepsi-Cola plant near Sochi in exchange for the exclusive right to sell Stolichnaya vodka in the United States. By the way, Coca-Cola also competed for a lucrative contract, but in the USSR since the late 1940s, the brand was a symbol of the "corrupted West", but few people knew about Pepsi then.

Soviet schoolchildren hoped that they would also build a chewing gum plant, but this did not happen. "Detente" ended in 1979 - with the introduction of Soviet troops into Afghanistan.

Seven things that are better in Russia than in the USA