Home Page At home How the United States saved Soviet terrorists from punishment, and what came of it

In October 1970, in Batumi (Georgia), the passengers of the plane, without suspecting anything, went to board the flight number 244 bound for Krasnodar. But during the flight there was a terrorist attack on board. A young stewardess was killed and almost all crew members were seriously injured. 46-year-old Pranas Brazinskas and his 15-year-old son Algirdas committed the first plane hijacking in the history of the USSR. More details about this incident were reported by the publication "Cultural Studies". 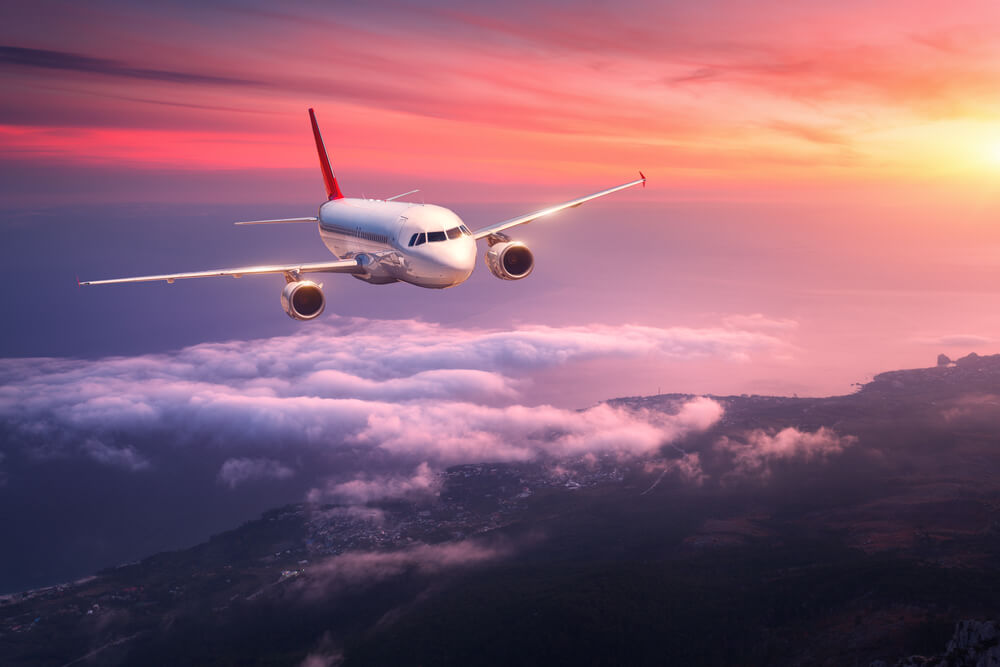 At that time, passengers on Aeroflot's domestic routes did not have to go through a complicated procedure of checks and inspections before the flight, and the frames of metal detectors at airports had not yet been installed. That is why the terrorists were able to safely board Flight 244 with weapons and even a hand grenade.

Only 10 minutes have passed since takeoff, when two passengers, father and son, threatening the flight attendant with weapons, ordered her to hand the crew a note demanding to change course and go to Turkey. 19-year-old flight attendant Nadezhda Kurchenko, rushing to the cockpit, tried to warn the crew about the threat, but she was immediately killed. Later, Pranas will say in an interview with one of the publications that he killed the stewardess, "because she got in his way."

After the murder of Kurchenko, the terrorists opened fire indiscriminately, seriously wounded all crew members, except for the co-pilot, and managed to land in Trabzon, Turkey. Brazinskas Sr. kept the crew at gunpoint, while his son Algirdas controlled the passengers.

By this time, Brazinskas Sr. had many "merits" on his account, including serving the Germans during the war and helping the "forest brothers" with weapons. After the war, he earned himself a year of correctional labor for abuse of office, then another five years in prison for embezzlement. Released under the amnesty, Pranas remained in Uzbekistan, where he traded for the most part in speculation. The reason for the escape was the interest shown by the KGB in Pranas Brazinskas.

After landing, father and son were immediately arrested. The Turkish authorities offered passengers and crew members to stay in Turkey, but all, as one, refused. All passengers were able to return home immediately, and the injured crew members received medical attention. The authorities later sent the flight attendant's body home on a separate flight, then handed the plane over and allowed the crew to return home.

The demand of the Soviet authorities to extradite the Brazinskas to them remained unsatisfied. At the same time, US diplomats took an active part in the "fight for Soviet terrorists", and senators and members of the United States House of Representatives were involved in the negotiations, which in itself was beyond the norm.

Pranas in this story was no longer a criminal, but a participant in the Lithuanian resistance, a fighter against Soviet power. In his words, 19-year-old Nadezhda Kurchenko was not just a flight attendant, but an experienced KGB agent, which is why the Brazinskas opened fire. And in general, according to the terrorists, there was a shootout with representatives of the KGB on board the plane.

As a result, the Turkish authorities decided to try the Soviet terrorists on their own. And the sentence passed by him was considered by many to be excessively lenient: Brazinskas Sr. received only 8 years in prison, and his son - 2 years. Four years later, my father was released under an amnesty and ordered to be under house arrest.

At first they could not get political asylum in the United States, but the Brazinskas were determined to achieve what they wanted. After being refused by the embassy, ​​they went through Venezuela to Canada, but did not reach the point of arrival - they used a stop in New York to stay in the United States. It was later revealed that their illegal landing in the United States was in fact a carefully planned operation.

The Migration Service, at the request of the Lithuanian diaspora, who saw members of the liberation movement in Brazinskas, granted the father and son the right to live with the United States. From that time on, Pranas and Algirdas Brazinskas lived under the surname White, the father called himself Frank, and the son - Albert Victor. They settled in Santa Monica, California, where the largest Lithuanian community was.

This condescension of the United States towards terrorists was explained quite simply. According to a State Department spokesman, the case with Pranas and Algirdas was special. The American authorities, apparently, did not consider these two terrorists. And in 1982, the State Department went on to openly deceive, claiming that the Brazinskas were denied political asylum, and both of them were expelled from the country. True, the address of their "expulsion" was not made public, despite the requests of the Soviet authorities.

In fact, the Brazinskas lived quietly in California, authored a book in which they presented the hijacking of an airplane as one of the stages of the struggle for the liberation of Lithuania from Soviet power. The younger Brazinskas became an accountant, and then married Virginia White, an employee of the US State Department and a former citizen of Lithuania. The elder Brazinskas could not master the English language, and his behavior became more and more aggressive every year.

According to the recollections of neighbors, Pranas traded in arms for some time and often behaved aggressively, he saw a KGB agent in every passer-by. One of Brazinskas' neighbors contacted the police with a request to protect her from physical threats from Frank White.

Both Brazinskas were openly feared in the Lithuanian community, because they did not know what to expect from these would-be neighbors, but over time they were forgotten.

On the subject: Texas resident found a way to fly planes for free

But in 2002 they reminded of themselves again. Algirdas, during a quarrel, killed his elderly father with several blows to the head with either dumbbells or a bat. As Algirdas later explained, Pranas saw in his son another KGB agent who had come to deal with him, and was determined to use weapons against him.

If earlier he pointed a pistol at passers-by, accompanying them to the police as Soviet spies, this time Pranas intended to deal with his own son. Algirdas, in response to the threat, dealt with his father. After the incident, he called the police only a day later.

He was sentenced to 16 years in prison. In 2018, he was supposed to be released, but there is no information about his fate after his release.