Home Page Our people 'We need to speak from a position of strength': Russian-speaking residents of the United States turned to Biden before his meeting with Putin

Representatives of ethnic Belarusians and immigrants from Russia living in the country ask the US President to put the issue of human rights squarely, writes "Voice of America". 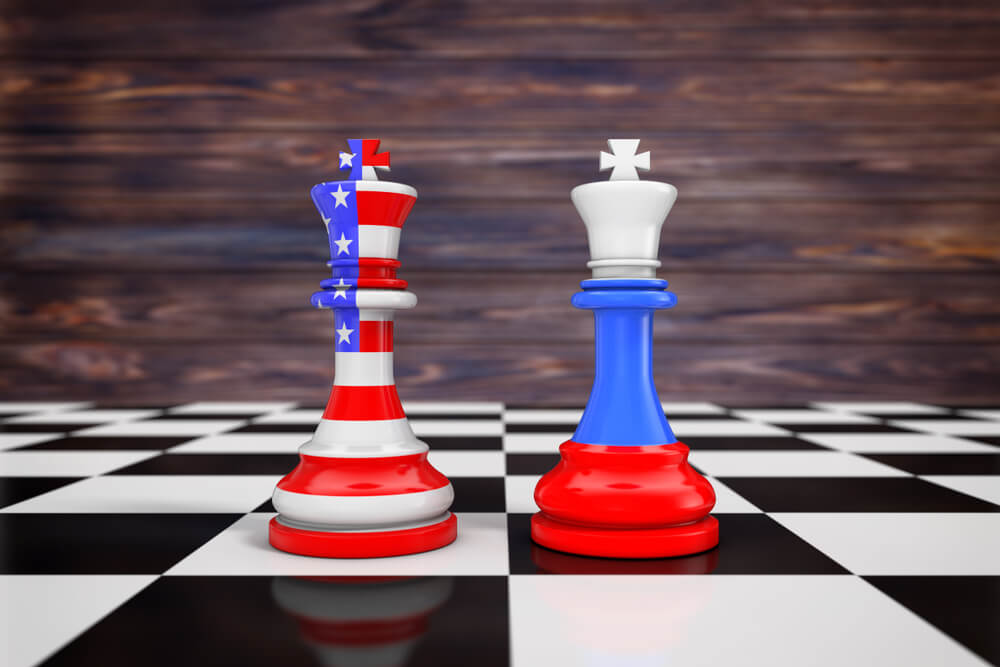 On the eve of the summit of Joe Biden and Vladimir Putin, emigrants from Russia and Belarus living in the United States appealed to the President of the United States. Petitions are circulating on social networks calling to make the situation with political prisoners in both countries the central topic of negotiations. Belarusians and Russians in the United States have developed guidelines for sending appeals directly to the White House and Congress.

Petition texts are available in English. The appeal prepared by the Belarusian diaspora contains a list of almost 500 political prisoners held in prisons and pre-trial detention centers in Belarus. The authors of the petition urge to continue the sanctions pressure on the regime of Alyaksandr Lukashenka (recall that the United States does not recognize the results of the elections in Belarus - A.G.) and his inner circle, responsible for the gross violations of human rights in the republic.

On the subject: 'Mr. President, are you a murderer?': Putin gave a long interview to an American television company

“On May 21, political prisoner Vitold Ashurok died in prison, the man was physically healthy, and according to the official version, he allegedly had heart problems. On May 23, a plane with journalist Roman Protasevich was hijacked. On May 25, 17-year-old teenager Dmitry Stakhovsky, who was pressured by the security forces, committed suicide because he was threatened with terrible things. And on June 50, Stepan Latypov, a political prisoner who was detained for asking security officials what they were doing in his yard, in court he pierced his throat with a pen to draw attention to his torture, which has been going on for more than XNUMX days, " Dmitry Zhorov, one of the authors of the petition, spoke with the Voice of America Russian Service correspondent.

He emphasizes that the human rights situation in the republic is rapidly deteriorating and that the diaspora is trying to do everything possible to draw attention to the situation in Belarus.

“We have collected over a thousand signatures in a week. We urge the Belarusians in the United States to apply to their legal representatives in Congress from different states. Appeals are reaching, we are already receiving feedback from representatives of both Democrats and Republicans that they support our demands, ”Zhorov says.

On the eve of the summit with Putin, there are also proposals to address the US President directly.

“Belarus will be discussed at the meeting. The situation is such that 51 countries of the world do not recognize the results of the presidential elections in the republic. The political conflict has dragged on, and all this time people continue to die in prisons, they are tortured. Therefore, we ask Biden to raise the topic of Belarus as high as possible on the agenda of the talks, ”continues the interlocutor of the Voice of America.

Representatives of the Belarusian diaspora note that the petitions have a more general purpose - to raise awareness of the Americans about the events in Belarus.

“We have also prepared a document for all US residents who are ready to show solidarity with the people of Belarus,” adds Zhorov.

The document lists several ways to help, including donations, as well as instructions for disseminating information about human rights violations in Belarus - with links to websites and videos in English.

On the subject: How to contact elected officials in the United States, why and what to say

"We consider it necessary to remind Biden that the topic of human rights in Russia is also within the sphere of US national interests."

On the eve of the summit, representatives of the Russian diaspora also addressed President Biden.

The petition, which is proposed to be sent to the President through a special form on the White House website, states that "Putin is dangerous" and negotiations with him should be conducted "only from a position of strength."

The document emphasizes that over more than twenty years of rule, Putin has turned Russia into a repressive state, using chemical weapons against opponents of the Russian dictator, both domestically and abroad.

“As caring citizens who highly value America’s struggle for human rights and democracy in the world, we ask you to uphold these values ​​in conversation with Putin, demonstrating your absolute rejection of Putin’s actions, in particular with regard to Alexei Navalny. Putin is keeping Navalny in prison as punishment not only for surviving the poisoning, but also for revealing the truth about his assassination attempt, planned and carried out by the Russian authorities, ”the petition says.

According to the authors of the petition, it is a response, among other things, to the weakening of sanctions on Nord Stream 2.

“It is clear that the Biden administration is not ready for sanctions that could directly harm American relations with allies, in particular with Germany. The US national interests and relations with allies have become a priority for the White House in matters of American relations with Russia. Against this background, we and the activists of the Russian-Speaking America for Democracy in Russia movement, all caring Russians abroad, consider it necessary to remind President Biden that the topic of human rights is also included as a sphere of US national interests, and is also regulated by international treaties signed by Russia , - notes the coordinator of the movement "Russian-speaking Americans for Democracy in Russia" Dmitry Valuev.

According to Valuev, activists are asking Biden to raise the issue of Navalny, his poisoning by FSB officers, illegal imprisonment, as well as repression against the structures of Navalny and his many supporters in Russia.

“Such massive repressions lead to the formation of a fascist-type state in Russia, where any opinion other than the state’s one is declared hostile and criminal. We are convinced that the White House administration should speak with Putin from a position of strength, warning of the consequences in the event of aggression against the United States, its allies, or in the event of continued repression and violation of international agreements in the field of human rights, while at the same time supporting civil society and human rights defenders and independent media in Russia, ”sums up Valuev.

Recall that the meeting between Biden and Putin will take place on June 16 in Geneva. According to the President of the United States, his personal meeting with the Russian leader is the best way to sort out the problems in bilateral relations that are of concern to the United States.

When asked about the effectiveness of sanctions against Russia and the possibility of changing Putin's behavior, Biden said that "there is no guarantee that you will be able to change a person's behavior or the behavior of his country."