Home Page At home 'These are the bullets the United States is supplying to Russia': Zelensky disappointed with Biden's decision

Ukrainian President Volodymyr Zelenskiy says he learned from the press - not direct communication - that President Biden has decided to stop trying to block the Russian pipeline, which Ukraine considers to be a serious threat to national security. Axios. 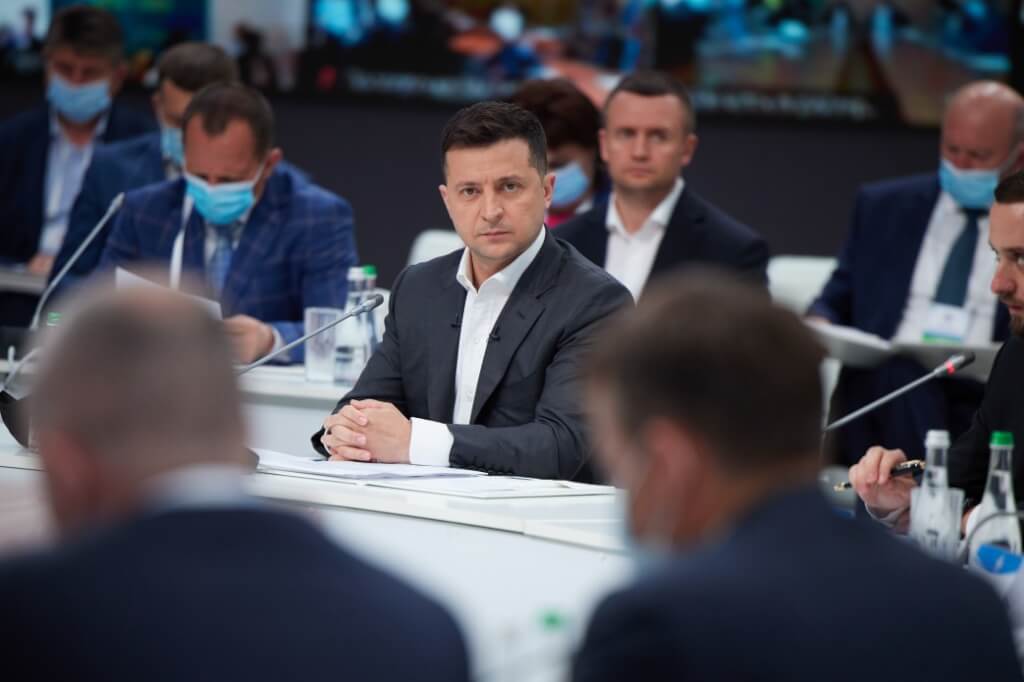 Zelenskiy sat down for an hour-long Zoom interview with Axios on Friday June 4 to ask Biden to meet him face-to-face ahead of the June 16 summit with Russian President Vladimir Putin, inviting him to join him "anytime, anywhere in the world."

Zelenskiy talked about Putin's psychological pressure campaign, how his own anger turned into disillusionment with the United States, and his hope that Biden, whom he compares to the great basketball player Michael Jordan, can still outsmart Russia and save Ukraine.

Why is it important

Russian gas now flows through Ukraine on its way to Europe. Nord Stream 2, a gas pipeline from Russia to Germany, will allow Russia to bypass and isolate Kiev, the Ukrainian capital. Zelenskiy said the US is the only force capable of stopping Russia.

“These are weapons, real weapons ... in the hands of the Russian Federation,” he said. "It is not very clear that the bullets for this weapon can be provided by a great country like the United States."

Putin already has additional leverage over Ukraine. The Russian president said that Ukraine must show goodwill if it still wants Russian gas to pass through the country.

What they say in the USA

“The State Department regularly interacted with Ukrainian officials about Nord Stream 2. Before submitting the latest report to Congress, the State Department notified the Ukrainian ambassador to Washington and senior officials in Kiev, including the head of the presidential administration, about the contents of the report, ”a White House spokesman told Axios.

“The administration intends to continue consultations with Ukraine as we are putting pressure on Germany to address the risks that Nord Stream 2 poses for Ukraine and European energy security. We also welcome Ukraine's direct engagement with the German government on their concerns. ”

On the subject: Biden and Zelensky first talked on the phone: what did the presidents talk about

"When President Biden meets with President Putin in Geneva, he will defend Ukraine's sovereignty and territorial integrity, as he did in both of his previous appeals to President Putin."

An administration source said the White House had considered inviting Zelenskiy to Washington ahead of Biden’s summit with Putin, but declined to continue the meeting after Zelenskiy’s decision to change the leadership of state-owned energy company Naftogaz. The move has raised concerns within the administration as it rolls back efforts to combat corruption.

Putin announced on Friday, June 4, that the first of the two lines has been completed and said that energy giant Gazprom "is ready to start filling Nord Stream 2 with gas."

The White House called the pipeline "a Kremlin geopolitical project that threatens European energy security." But Biden nonetheless waived US sanctions against the companyworking to complete the construction of the pipeline.

Zelenskiy said that he no longer feels anger and now he would describe his feelings as disappointment.

Zelenskiy says Biden gave him "direct signals" that the US was ready to block the pipeline. Then word came that Biden would drop the sanctions.

The Ukrainian president said he needed to hear a press briefing at the White House to get an explanation: the administration said the pipeline was almost complete and stressed the importance of good relations with Germany.

Zelenskiy said he understood the importance of this relationship, but asked: "How many Ukrainian lives are the relationship between the United States and Germany worth?"

The Ukrainian president says he is "confident" that Biden can still stop the pipeline.

“In the end, I still believe that Biden is Jordan in politics,” he said.

He remembered how Michael Jordan lulls opponents with a "false sense of victory" and then "takes the victory at the very last minute."

“If this is not the case, it’s a pity, and not just me,” he said. "There will be a feeling that under these conditions Russia will have a great chance to prevail over the United States."

The White House says the administration has proposed a summit with Putin to establish a "stable and predictable" relationship with the Russian president.

According to Zelensky, Biden is far from the first US president to strive for this.

“But, if you ask me, the best scenario for the US would be to get Russia to start looking to mend relations with the United States,” he added.

Zelenskiy has lost stability or predictability from Moscow since taking office in 2019. He believes that the recent build-up of Russian military power at the borders was an attempt to exert "psychological pressure" and noted that the threat still exists.

The Ukrainian president expressed gratitude for the support that Biden provided during this confrontation, but said that the decision on the Nord Stream could "undermine the confidence" of Ukrainians in the United States.

He also said he had discussed with the Biden administration "a possible increase in military aid" to enhance security in the Black and Azov Seas around Ukraine's coastline. It is unclear if Biden will continue these discussions.

A source familiar with US engagement said that a few days ago, the US informed the Ukrainian side that they would hold a telephone conversation this week, as early as Monday, June 7th. This can be a controversial conversation.