Home Page In the U.S. The new financial aid package includes payments for families with illegal immigrants for the first time 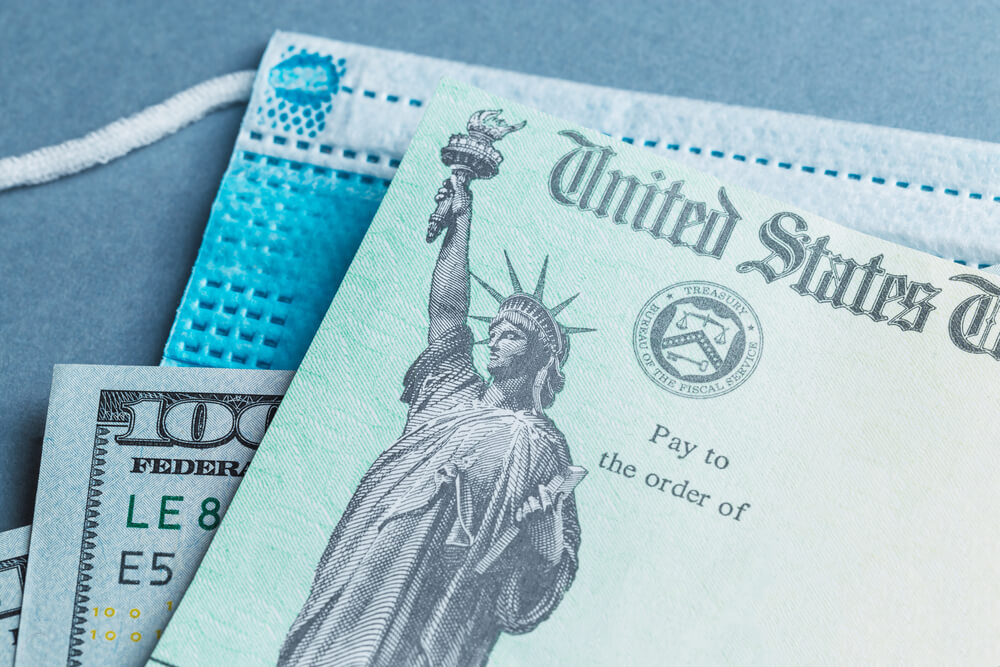 Many mixed-status and undocumented households are now eligible for payments under the $ 19 billion Covid-900 relief package signed by President Donald Trump on the evening of December 27.

Excluded so far from incentive benefits, US citizens and permanent residents who filed a joint tax return with an undocumented spouse will receive a check for $ 600, as well as $ 600 for a dependent child. Payouts are not available for individuals earning more than $ 75 and couples earning more than $ 000.

The consequences of this decision are significant: an estimated 16,7 million people live in mixed-status families nationwide, including 8,2 million born or naturalized US citizens. This number includes those who were protected from deportation under the Obama-era Deferred Child Arrival (DACA) program, children and young people whose parents are often irregular.

The law also allows households with at least one family member with a Social Security number to retroactively receive checks for up to $ 1200 and an additional $ 500 per child in the first round of financial aid, passed in late March.

But many undocumented immigrants and other non-citizens who pay taxes and don't have a Social Security number are still prohibited from receiving incentive checks by law.

On the subject: Trump signed a financial aid package to Americans: what's in it

This has implications for public health. Undocumented immigrant workers are particularly vulnerable to Covid-19 due to inadequate access to health care. The likelihood that non-citizens are not insured is significantly higher than that of US citizens, which may discourage them from seeking medical help if they become infected with the virus. Compounding the situation is the Trump administration's tough immigration policies, including large-scale immigration raids and a rule that could punish green card applicants for using Medicaid, which has made non-citizens wary of access to health care.

Therefore, some Democratic lawmakers argued that while the new aid package marks progress, it is still insufficient to provide much-needed assistance to immigrant families.

This spring, the CARES Act removed mixed-status families from the benefit plan.

The CARES Act, passed in March, prohibits people living in mixed-immigration households, where some tax fillers or their children may use a so-called Individual Taxpayer Identification Number (ITIN), from receiving incentive checks.

The IRS issues ITINs to unauthorized immigrants so they can pay taxes even if they don't have a Social Security number. If anyone in the family used ITIN - be it a spouse or a dependent child - it meant that no one in the family would be eligible for quarantine financial assistance under the CARES Law, unless one of the spouses served in the military in 2019 ...

The mixed household exception is at odds with current practice: many other federal programs are designed to ensure that children of illegal immigrants who have US citizenship can access the benefits they need, including a child tax credit, food stamps, housing assistance, social security benefits and benefits.

But there is a precedent for such an exception. During the 2008 global financial crisis, Congress granted tax breaks to most American taxpayers, with the exception of spouses of immigrants who did not have Social Security numbers.

However, the lawyers filed a class action lawsuit in the spring challenging the CARES Act on behalf of seven US citizens, children of illegal immigrant taxpayers. They argued that it unfairly discriminated against these children on the basis of their parents' immigration status and denied them equal protection under the law, in violation of the due process provision of the US Constitution.

This lawsuit is still pending, but a new relief package signed on December 27 could make it controversial as it gives mixed-status families retroactively eligibility for incentive checks under the CARES Act.

“Failure to distribute this benefit to US children undermines CARES Act's goals of helping Americans in need, undermines the Act's efforts to boost the economy, and punishes child citizens for their parenting status — a punishment that is especially meaningless given that undocumented immigrants collectively pay billions of dollars in taxes, ”said Mary McCord, legal director at the Georgetown Law Institute for Constitutional Defense.