Wartime fashion: Zelensky's fleece jacket went under the hammer for $111

A fleece jacket worn and signed by Ukrainian President Volodymyr Zelensky sold for £90, or about $000, at a fundraiser for Ukraine in London, Britain. Read more about this publication CNN. 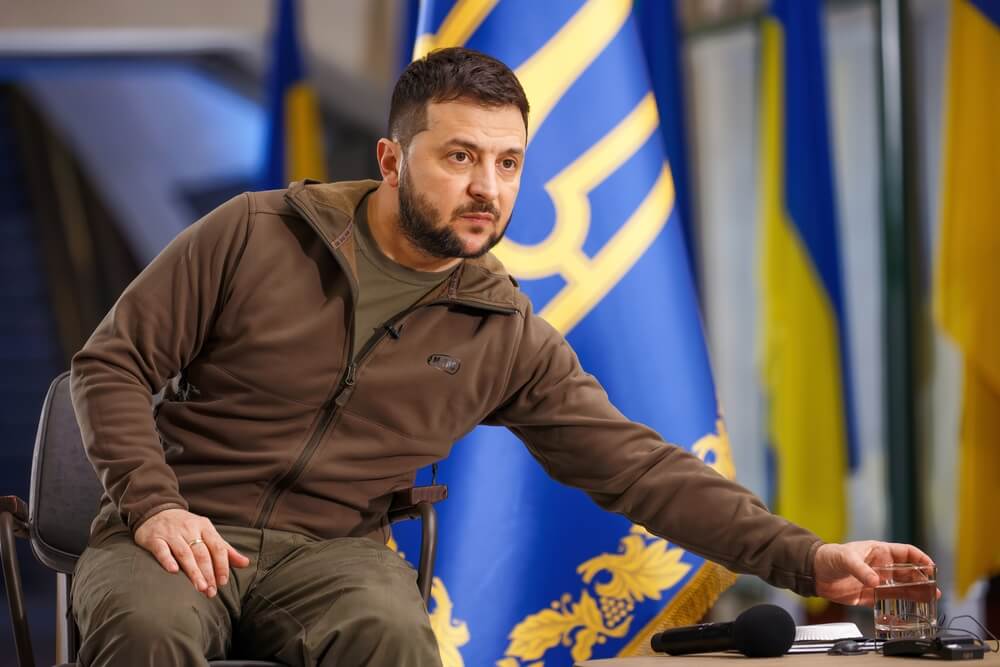 “Today, the whole world is looking at a man in a simple fleece,” says a video published on the page of the Ukrainian Embassy in the United Kingdom. on Twitter, where Zelensky is wearing this sweater. “And here is the iconic thing, personally signed by President Zelensky, here.”

The purpose of the event was to "tell the stories of Ukrainian bravery that became iconic during the war, as well as raise funds to support Ukraine," the embassy tweeted.

After months of military buildup, Russia launched an offensive into Ukraine in late February, sparking geopolitical upheaval and a refugee crisis. The latest estimate from the Office of the United Nations High Commissioner for Human Rights is that more than 3000 civilians have died in the conflict.

On the subject: 'Example of heroic leadership': Dozens of US universities award Zelensky honorary professorship

Through the Brave Ukraine fundraising program, toys donated by Ukraine's first lady Olena Zelenska, photographs of the late photographer Max Levin, and Zelensky's sweater were put up for auction. It was organized by the Ukrainian Embassy in London at the Tate Modern art gallery. Thanks to this event, more than $1 million was raised. Most of the funds will be used to re-equip the Western Ukrainian Specialized Children's Medical Center, the embassy said.

“What an honor to speak after my friend Volodymyr Zelensky, truly one of the most incredible leaders of our time,” he said.

Johnson called for "much higher stakes" with an initial starting price of £50, or about $000, for Zelensky's shirt. The jacket itself cost the President of Ukraine 61 hryvnias, or $000.

He criticized Russia for "desolating the cities of Ukraine" and praised the courage of the Ukrainian people.

Other lots were presented at the auction, including a cockerel pitcher donated to Johnson during his walk with Zelensky in Kyiv, as well as a tour of the capital from Mayor Vitaliy Klitschko, catering from Ukraine's only Michelin-starred chef. Hromadske.

How our Universe was born: working and not so theories of scientists