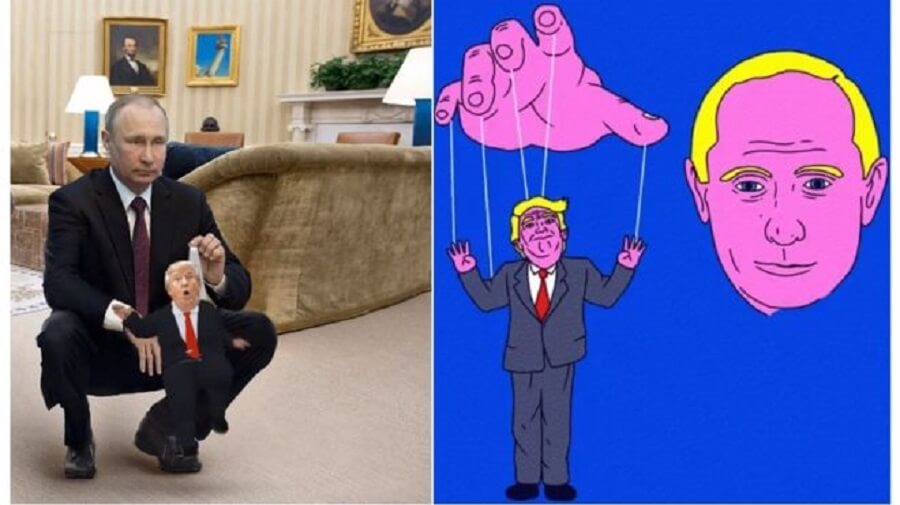 On the eve of the first meeting of Russian and US Presidents Vladimir Putin and Donald Trump at the GXNUMX summit in Hamburg, many posts appeared on social networks with jokes and collages dedicated to this event.

One of the main topics of such publications is about how Putin is manipulating Trump.

During the presidential race in the United States, Trump has repeatedly said that he is not opposed to improving relations with Russia. In particular, he stated that if he won, he would have “very, very good relations” with Putin. 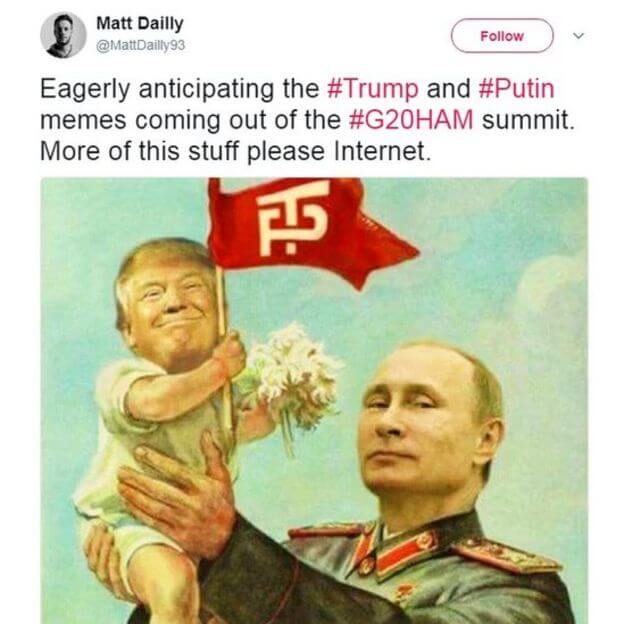 The Republican was repeatedly criticized for such statements, and members of his election headquarters were suspected of having links with Moscow.

Trump's main rival, Democratic candidate Hillary Clinton, said that if he wins, the Kremlin "will be a holiday." 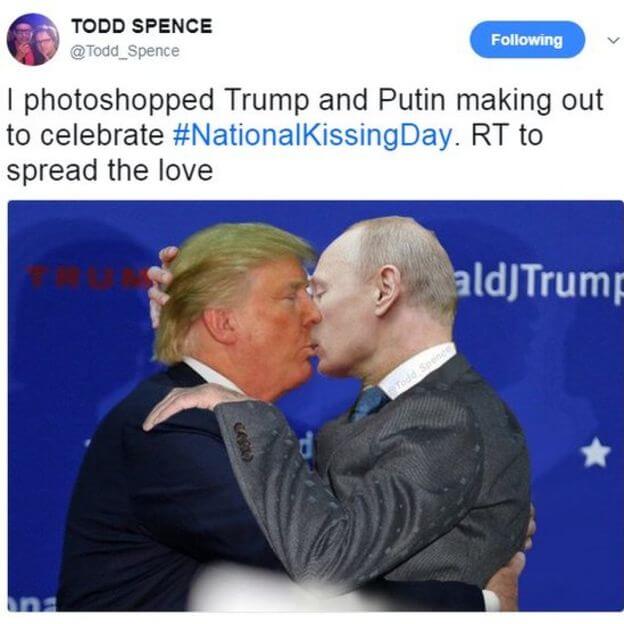 So far, Putin and Trump have generally been complimentary about each other. Thus, Putin said that he considers Trump to be a "direct and open person" who has a "fresh perspective on things." Trump called the Russian leader "a tough nut to crack" and noted that he was very smart. However, recently the US President has been more restrained in his assessments. 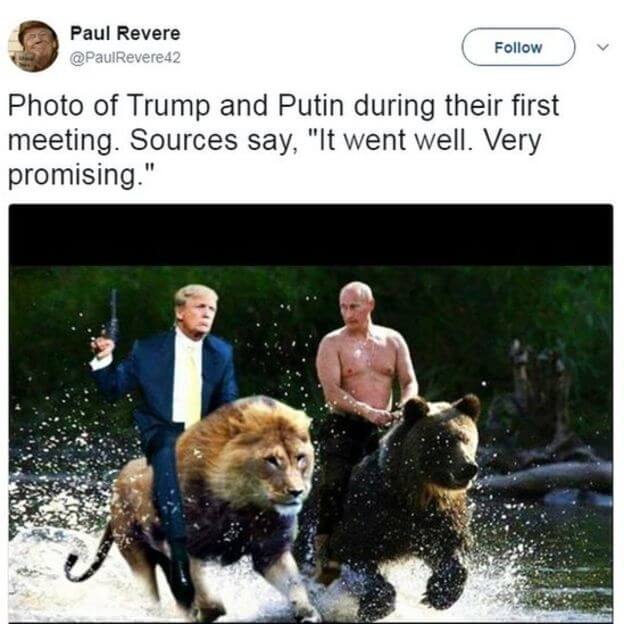 The fact that the meeting between Trump and Putin will take place on July 7 at the G4 summit became known on Tuesday, July XNUMX. It will be a "full-fledged sit-down meeting" and not contact "on the feet," said Dmitry Peskov, press secretary of the Russian president.

According to him, during the first meeting, Trump and Putin will discuss the fight against international terrorism, the topics of Syria and Ukraine, as well as the "disarmament sphere."

The main purpose of the meeting, the representative of the Kremlin called the establishment of a working dialogue, which is "vital for the whole world in terms of increasing the efficiency of solving a critical mass of conflicts and problems that are growing day by day."

Beginning of the G20 summit: Trump and Putin's handshake, stuck in Melania and unrest. VIDEO