Home Page In the U.S. Double pay, free study, iPhone as a gift: how companies in the USA attract new employees

As labor shortages continue to plague industries from education and healthcare to hospitality and travel apps, companies across the U.S. are trying to find creative ways to attract new hires. Business Insider. 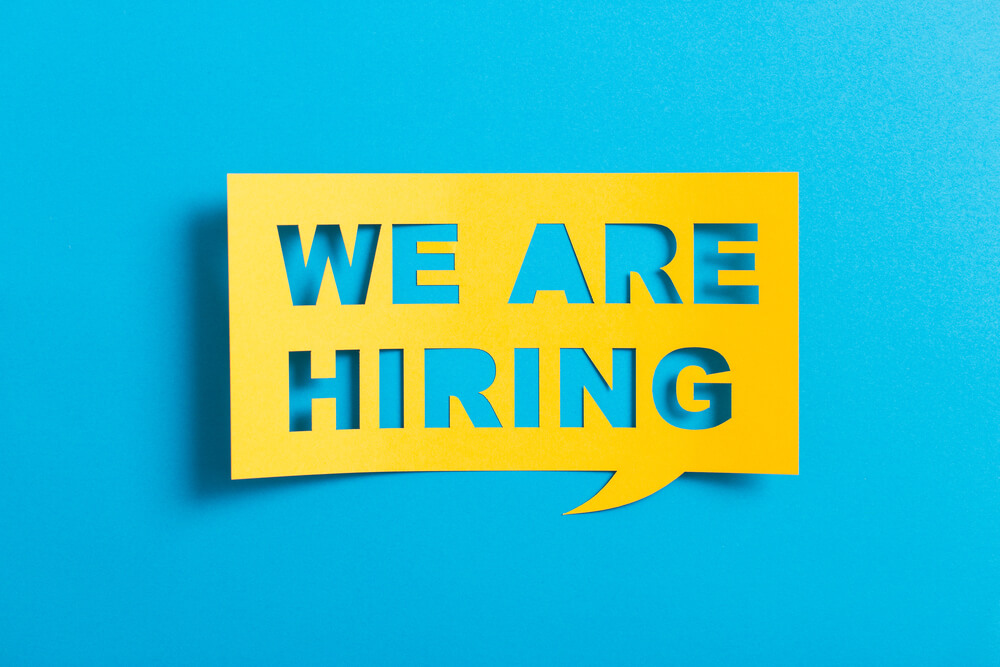 Some are offering employees free housing and college tuition, while others are raising wages. There are companies that reward candidates with free food and $ 50 just for showing up for an interview.

The US Chamber of Commerce said labor shortages are holding back the recovery from the pandemic, calling it a "national economic emergency," while the Federal Reserve said it is forcing some companies to curtail production, cut hours and raise prices.

“Everyone is hiring at the same time,” said Danny Meyer, chairman of the NYC Economic Development Corporation.

Some companies are raising salaries or offering educational perks to attract more employees, while others have turned to one-off payments like sign-in bonuses and free iPhones because they are cheaper for companies in the long run.

Some companies are introducing educational incentives both to attract new employees and to increase retention rates.

Chipotle is expanding debt-free diploma opportunities for employees, including programs in agriculture, culinary and hospitality.

On the subject: How to look for work in the USA to find it: personal experience and tips

Waste Management, which has already paid employees bachelor's and associate's degrees along with qualifications in data analysis and business management, is expanding these scholarships to spouses and children of employees. The New York Times said it would cost the company $ 5 million to $ 10 million in the first year alone.

Meatpacker JBS USA also offers to pay for a graduate degree for workers, as well as one child per employee.

Omni Hotels and Resorts told The New York Times that they are offering free hotel stays for some summer employees during their opening hours. More broadly, it gives new employees three free nights at their chosen Omni hotel.

The network also provides members of its culinary team with a free set of knives and hosts weekly chef meetings.

“We needed to do something to get the attention of the cooking students,” said Joy Rothschild, director of human resources for the company. “I saw a lot of people offering monetary incentives, but we didn't feel like it was enough. Students want something more than a salary. "

A McDonald's restaurant in Altamont, Illinois is giving out iPhones to newcomers if they stay on for six months.

A poll by Korn Ferry in late April found that of more than 50 major U.S. retailers, 29% said they introduced a job bonus to attract new hires amid labor shortages, according to CNN.

Supermarket chains including Ollie's Bargain Outlet, Sheetz and Tops Markets are offering new hires up to $ 2000 in induction bonuses. Meanwhile, Omni Hotels and Resource is offering a $ 250 employment bonus plus a $ 500 retention bonus if they stay for the rest of the season.

Jersey Mike's in Santa Cruz, California, is offering $ 10 in bonus to new assistant manager, $ 000 for new shift leaders, and $ 5000 for new full-time and part-time employees.

Amazon is also taking advantage of signing bonuses of up to $ 1000 as it is working to recruit more than 75 warehouse and transport workers in the US and Canada. New employees receive an additional $ 000 if they can prove they have been vaccinated.

On the subject: Minimum wage in every US state in 2021

Some companies are raising wages to attract more workers.

Low wages may be one reason for labor shortages, with Goldman Sachs saying that the minimum wage for low-income workers who are ready to take on new jobs has increased by 21% since the fall.

A staffing employee said he turned down potential clients offering starting wages of less than $ 13 an hour because he would not be able to find workers with that salary.

“The only way to attract not only people who have left the industry, but also newcomers, is to change the industry,” said Amanda Cohen, owner of New York restaurant Dirt Candy. "We have to pay more, we have to make this profession viable."

More than half of businesses in the Cleveland area that responded to a Federal Reserve poll said they had raised wages in the past two months, and 72% of local pharmacies had raised wages to recruit new staff.

In a survey of small business owners by Alignable, half of restaurant owners said they pay workers more than they did at the height of the pandemic, mainly to recruit new employees.

But this is not always enough. A manufacturer in the Dallas area said that even with a starting hourly wage of $ 14, their company was unable to fill more than 20 open positions. Texas uses a federal minimum wage of $ 7,25 an hour.

But for some, the pay rise works. The Pittsburgh ice cream maker said it received "over 1000 applications from job seekers" after more than doubling its salary to $ 15 an hour. The owners found that customer service had improved and the move had no impact on bottom line.

Whataburger raised all managers' salaries to $ 100 and gave them "operating partner" status, while JBS told the New York Times that hourly wages have increased more than 000% over the past year.

Some companies find it easier to pay staff more than others. David Bloom, director of development and operations at Wing Zone and Capriotti's, told Insider that fast-casual chains can afford to raise wages as they are premium brands and their customers will still return even if they compensate for the higher salary increases in prices.

Ryan Stansbury, vice president of franchise development at PJ's Coffee, told Insider that labor shortages were a "problem" for the chain, but good wages helped attract employees. He said most baristas earn more than the minimum wage in their state, along with a tip of $ 3 to $ 5.

The labor shortage stems from the fact that some companies, including Costco, Target, and Amazon, have already raised wages in pursuit of the $ 15 federal minimum wage.

Some companies give perks to people who just show up for interviews.

A McDonald's in Tampa, Florida offered $ 50 to everyone who came in for an interview. But the owner of the establishment told Insider that this is still not enough to attract a lot of people to apply - and instead he is considering raising salaries.

And on national recruiting day in May, Applebee's offered free snacks to all interviewees as the company struggled to fill 10 jobs. As the president of the network told the New York Times, there were about 000 people.

What is causing the labor shortage?

The Federal Reserve says the crisis could last for months, but Bank of America expects the labor market to recover by early 2022.

Ten Secret Tricks Every Amazon Buyer Should Know About