Home World Companies in the US are suing over human remains on the Titanic: why should they

One of the most famous shipwrecks in human history has sparked a new trial. On it, they argue about whether it is worth worrying about the human remains, which may still be inside the Titanic. The details of the unusual case were shared by the publication with the BBC. 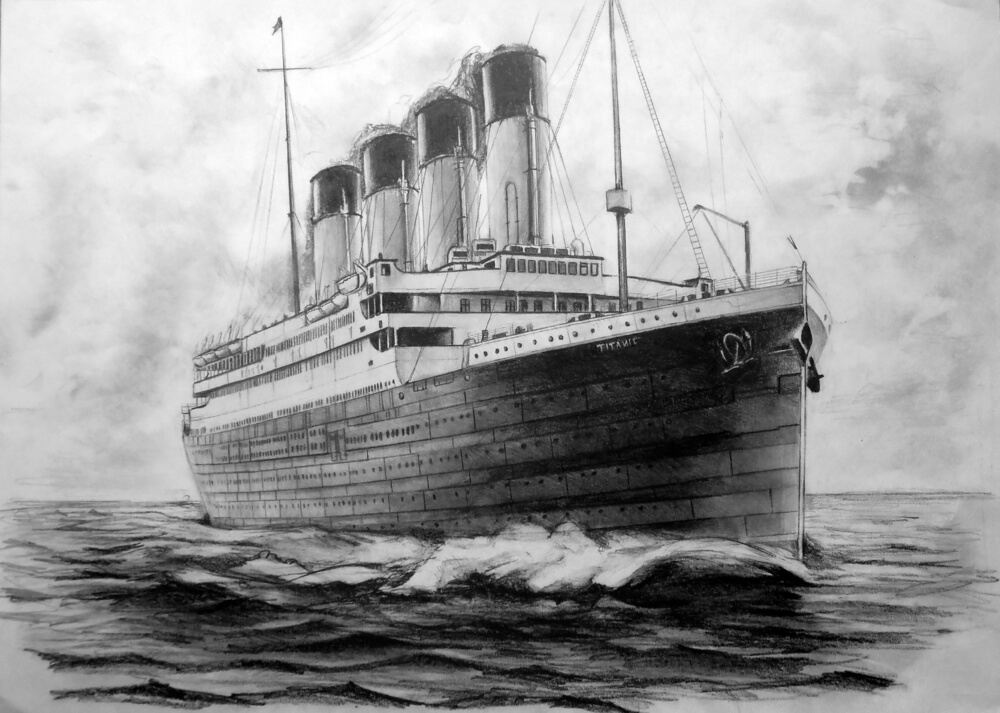 This is necessary in order to receive a radio communication system from the sunken ship.

The Titanic sank over 100 years ago and remains the most significant shipwreck of all time.

Now there is a new dispute over whether to leave the 1500 dead alone under water, or disturb them in order to get from there the artifact that played a key role in the tragedy.

American company RMS Titanic, Inc. wants to receive from the sunken ship a wireless telegraph apparatus "Marconi", which broadcast distress signals from the ship in the early hours of April 15, 1912, which helped to save the lives of about 700 people on the rescue boats.

However, the US government opposes these plans, arguing that the operation would violate federal law and international agreement on the recognition of a sunken ship as a landmark.

The Titanic was sailing from Southampton (England) to New York when on April 14, 1912, while crossing the Atlantic, it came across an iceberg.

The vessel began to collect thousands of tons of sea water through the holes in the hull.

The man who designed the ship - Thomas Andrews - was on board. After looking at the damage, he told the captain that the ship would sink.

"We are heading under the water"

At 12:15 am, distress signals began to ring out from the Marconi system aboard the Titanic, activating radio telegraph operators on ships and ground stations, who began to exchange messages frantically.

They used Morse code, a series of internationally recognized dots and dashes that were sent as beeps over shortwave radio.

On the subject: Macy's, the extraordinary love and tragedy of 'Titanic': on the Isidore and Ida Strauss Memorial

“Come up now. We hit an iceberg, ”Titanic operator Jack Phillips relayed the message to the Carpathia ship, as well as to the German ship Frankfurt. "We hit an iceberg and are heading under the water."

Confusion arose when the Titanic replied, apparently, to a distant ship: "Fool, wait and stay away." Some historians believe that the vessel in question was "Frankfurt" and the communication between the two vessels was misinterpreted.

The stream of information from Jack Phillips about the situation continued: “We put passengers on small boats. Women and children in boats. We won't last long. We are losing electricity. "

And one more thing: "This is the Titanic ... The engine room flooded."

The operators continued to exchange messages as the lifeboats began to be launched and the men waved goodbye to their wives and children.

Jack Phillips did not survive the crash. He remained at his post even after the captain let him leave. In retellings of the tragedy of the "Titanic" always remember about his heroism.

Messages from the ship have caused confusion and distrust on other ships.

At 02:10 am on the luxury ocean liner, the power went out and Marconi fell silent. The bow, that is, the front of the boat, was already completely under water, and the rear was lifted up.

At about 02:20 am, the ship broke in half - and both halves began to sink to the bottom of the Atlantic Ocean.

Less than two hours after the sinking, the Carpathia arrived at the scene of the tragedy and rescued 700 survivors who managed to survive on rescue boats, which were designed for only about half of the people on board.

An estimated 1500 people died in the icy waters.

Both the bow and the aft lie at a depth of 4000 meters exactly where they sank over a century ago.

Since 1987, RMS Titanic, Inc. has raised over 5500 artifacts, including silverware, china and gold coins, and conducted eight exploratory expeditions.

Last year, an international team of deep sea researchers surveyed the ship for the first time in almost 15 years. They reported that parts of it were rapidly deteriorating.

Earlier this year, RMS Titanic Inc. announced plans to bring the Marconi wireless system to the surface using an underwater robot by the summer of 2021.

The announcement led to the opening of a case, which is now pending in the Virginia Court of Appeals.

At first the judge allowed the expedition to continue, stating that the raising of the radio station "will contribute to the legacy left by the Titanic."

But American federal lawyers argue that such plans are illegal.

Last year, the US and UK signed an agreement that gives governments more authority to ensure the safety and respect for the final resting place of more than 1500 passengers and crew.

On the subject: What did the passengers of the first, second and third class "Titanic"

One of the expedition's advisers argued that it is unlikely that human bodies remain on the sunken ship.

But the US National Oceanic and Atmospheric Administration (NOAA), which is of public interest in the case, says the expedition runs the risk of disturbing human remains that may be inside the Titanic's hull.

“The interior of the hull, especially in the intact bow, even if flooded during the accident, might not have been exposed to the external environment,” the message says. "In such isolated environments, a static condition arises where constant pressure, low temperatures, no flow and anoxic water levels are known to preserve organic matter for centuries."

President of RMS Titanic Inc. Bretton Gunchak warns that time is ticking and insists on an expedition to "get an incredible piece of history."

“While many of the objects that remain in and around the wreck of the Titanic have the potential to shed light on the lives of its passengers for generations to come, only one object will tell the story of all survivors,” he said. "In the end, the Marconi radio system remains an unsung hero, as countless generations of families live on just because the radio spoke on behalf of their ancestors."

Macy's, the extraordinary love and tragedy of 'Titanic': on the Isidore and Ida Strauss Memorial

10 most amazing finds from wrecks

What did the passengers of the first, second and third class "Titanic"