Home Educational program Bunker in case of doomsday: American rich are stocking up on apocalyptic housing 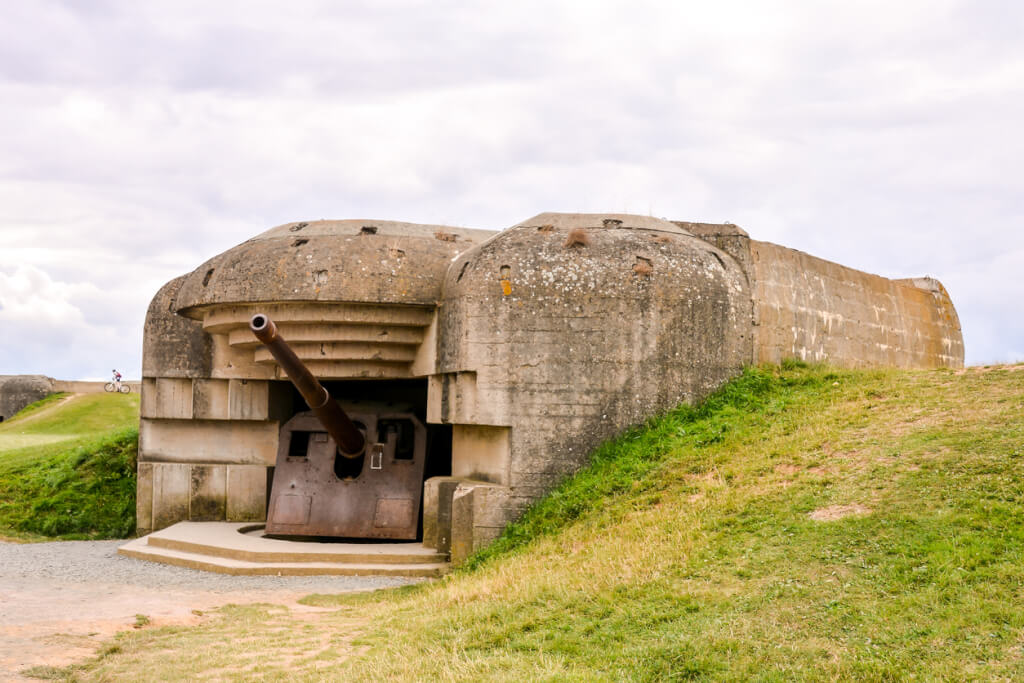 Those who can afford to join him will also have a chance of survival, he promises. But the price tag is not cheap.

A $3 million investment in his startup is more than just getting clearance. Members “also receive a stake in a potentially lucrative network of local farms that can reduce the likelihood of a catastrophic event in the first place,” writes Douglas Rushkoff in his new book, “Survival of the Richest: Tech Billionaire Escape Fantasies.

Cole, 66, has two farms in development, one outside Princeton and one somewhere in the Poconos, which he envisions as "a network of secret, fully self-sustaining millionaire farming communities guarded by heavily armed Navy SEALs," Rushkoff writes.

On the subject: A powerful hurricane Ian is raging in the Gulf of Mexico: it will soon hit Florida

The developer, who says he's not rich but "thrived in real estate," won't reveal the exact location of any of the farms, at least not to outsiders, and won't pose for pictures as he's worried about his safety.

“Most Americans don't have an insurance policy of their choice,” Cole said. “If/when the supply chain collapses, these people won’t have food. A certain percentage of them will break the law and do everything possible to get food. Therefore, we want to remain "not found".

And while many billionaires claim their interests lie in saving the world (sometimes they even get into arguments on social media about who is more generous), Rushkoff argues that the ultimate goal of the super-rich is to protect themselves.
For the wealthy and privileged, Rushkoff writes, the future of technology is about “only one thing: running away from the rest.”

And they run away in style. Texas-based Rising S is selling luxury bunkers worth up to $9,6 million for the "Aristocrat" model, which comes with a private bowling alley, swimming pool, "bulletproof" doors, and "vehicle exit from the cave" so you can sneak out on errands like Batman.

Ultra-high-end hideaways like The Oppidum in the Czech Republic, billed as "the world's largest billionaire bunker," include amenities such as simulated natural sunlight, a wine cellar, and a place to hide all your belongings from hostile outsiders.

“You have worked hard for years, taken risks, seized opportunities, turned your vision into reality,” reads the website companies for billionaire clients. “Your reward is the ability to acquire and keep all the beautiful, rare, and precious items you desire.”

Luxury yachts big enough to be a billionaire's Noah's Ark are seeing a huge surge in sales - 2021 superyachts were sold worldwide in 887, up 77% from the previous year - and Amazon founder Jeff Bezos, 58, even commissioned a smaller companion yacht for his main superyacht as a separate storage space for his helicopter.

New Zealand has become a top destination for billionaires seeking refuge at the end of the world, from Google co-founder Larry Page, 49, to Silicon Valley entrepreneur Sam Altman, 37, who revealed in a 2016 interview that he and PayPal co-founder Peter Thiel had a mutual an agreement to elope to the Thiel complex in New Zealand in a private jet at the first sign of society's collapse.

But the billionaire's bunker, whether on land, at sea, or someday on another planet, is at best a temporary solution, "not so much a viable strategy for the apocalypse, but a metaphor for this disparate approach to life," Rushkoff writes. Billionaires who rely on outside safety “are in for a surprise,” he says.

Thiel discovered this recently when the 54-year-old entrepreneur, who is worth an estimated $7,4 billion, learned that his plans to build a "Doomsday House" overlooking Lake Wanaka in New Zealand were being blocked by environmental groups.

Even pre-existing bunkers provide only nominal protection, and the likelihood of one "actually shielding its occupants from reality is very small," Rushkoff writes. Whatever threat they try to escape from - toxic clouds, plague and radiation - all of this has the property of "spreading and seeping through the most elaborate barricades."

“There are as many cancer-causing microplastics in polar ice as in a typical European city,” continues Rushkoff. - No exit".

But survival may not be the only reason for their extinction. The "seasteading" movement, Rushkoff writes, in which the wealthy live in independent, free-floating cities, is not just "aqua-entrepreneurs" escaping a land-based apocalypse. It is also about creating a new ultra-libertarian civilization, free from taxes, antitrust rules and political interference.

If they can't find shelter for their bodies, they can still outsmart the end of the world with their minds intact. Silicon Valley tech billionaire Altman paid startup Nectome $10 just to be on a waiting list to upload his brain to a computer.

Who will join Altman (or has already joined him) remains to be seen. This past July, Dogecoin creator Shibetoshi Nakamoto asked his Twitter followers if they would ever “upload their brain to the cloud,” and Elon Musk, 51, cryptically replied, “Already did.”

Prior to coming to the United States, Cole spent 18 years in Eastern Europe serving as President of the American Chamber of Commerce in Latvia. He personally witnessed the collapse of the Soviet Union and insists that we must learn from Soviet mistakes.

“I am deeply concerned about what is happening in Europe, especially in the field of energy and food,” he said. “It could easily happen here.”

What worries him most is not the violent confrontation with the armed mob on the other side of the fence. It is “a woman at the end of the driveway holding a baby and begging for food. I don't want to face this moral dilemma," he told Rushkoff.

Cole hopes that Safe Haven will not only provide protection for those wealthy enough to afford it, but will also serve as a prototype for how sustainable farms can be used to ensure everyone has enough food and protection from the elements.

He doesn't reveal exactly how many wealthy investors he has, but argues that the farm's community will be equally divided between the rich and those with the skill set to "rebuild the country," including doctors, machinists and security guards.

But Cole's ultimate goal, writes Rushkoff, is to have "as few hungry children as possible at the gate" when it comes time to block it.

“A mindset that demands safe havens cares less about preventing moral dilemmas,” writes Rushkoff, “than about simply keeping them out of sight.”