Home Educational program Never throw away an old expired passport: when and why this document may be needed

It may seem like an expired passport has no real use once you get a new one, but it actually does. Why you should never just throw it in the trash Readers Digest. 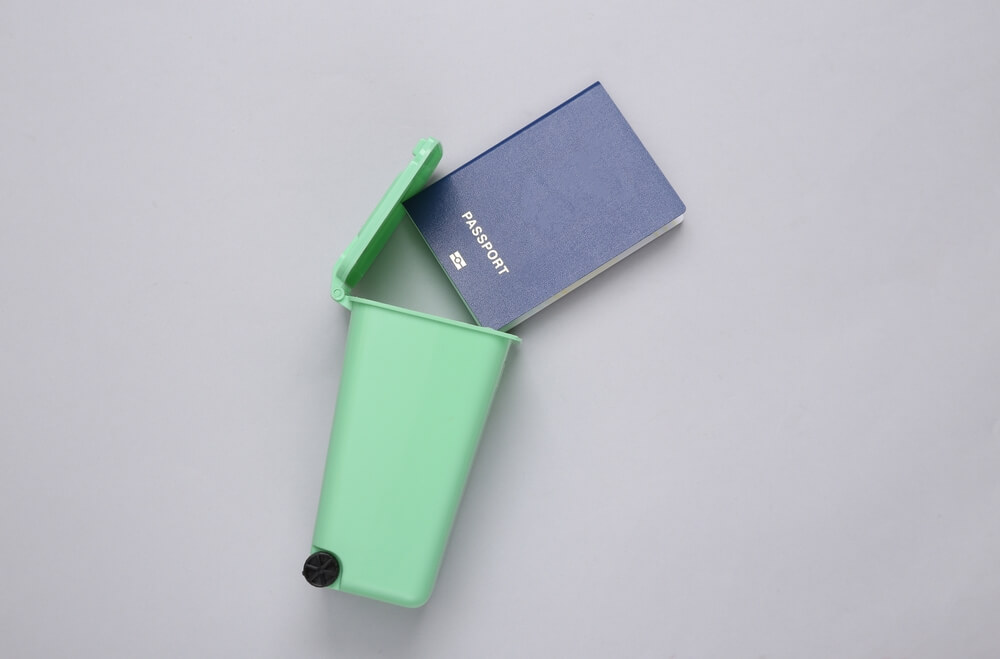 After your passport has been in existence for a certain number of years, the US government requires you to renew it. But expired passports shouldn't be treated the same as expired coupons or food and just thrown in the trash. Expired passports can really come in handy even if you have already ordered a new one.

On the subject: Police ask not to pick up dollar bills from the ground: it can be deadly

“In general, I think people think it's a good idea to destroy your old passport, much like you cut your old credit card when you get a new one,” says Justin Lavelle, director of communications at BeenVerified.com. main source of background checks. – Not in the case of passports! Keep your canceled passport and keep it in a safe place. It must be kept in a different location than your current passport. Even if you can't use your old passport to travel, it's still a useful document."

What can an expired passport be used for?

An expired passport can be very useful if you travel frequently. Even after it expires, it is still a valid form of US citizenship. If you ever lose your valid passport and need to apply for a replacement, you can send your expired passport as proof of citizenship in place of your original birth certificate, Lavelle says.

“If you can provide your old passport when you apply for a new one, it will be easier for the passport agency to know that you are a US citizen and they can quickly issue a new passport,” says William Worster, a law professor. - If you do not have an old passport, it is more difficult to prove that you are a US citizen. If you want to get a passport faster, keeping an expired passport can be very convenient for this.”

Other countries, such as Russia and Afghanistan, will want to know details about any previous visas when you apply for a new visa,” says Lavelle. If necessary, you can also make photocopies of your old visas.

Your expired passport can also help you apply for a new driver's license. If you have moved or your rights have expired, your passport can be used as a valid form of citizenship.

However, one of the most important reasons why you should keep an expired passport is for memories. Not only will you be able to look back at your old passports and laugh at how young and terrible you look in a photograph, but you will also be able to see the stamps of all the countries you have visited.

Destroying a passport is not so easy!

The US State Department advises people not to throw away their old passports, but if you really feel the need to do so, there are a few things to consider before simply throwing them in the bin. “Keep in mind that most modern passports are very durable and difficult to destroy,” says Worster. “They are specially made so that they cannot be accidentally damaged or easily counterfeited. Basically, you'll probably need to burn it to the ground completely in order to effectively destroy it." You can also send your expired passport to the passport agency of the US Department of State and have them destroy it.

What to do with an expired passport if you are applying for a new one?

When you apply for a new passport, you must submit the expired passport with the application DS-82. The form can be found on the US Department of State website or at your local post office. Your expired passport will be marked with something indicating that it is no longer valid.

Russians are massively trying to buy citizenship of other countries: where they want to go the most

If you had COVID-19, you got immunity from coronavirus for life: new study