The Cabinet of Ministers of Ukraine published a decision on the introduction of quarantine in the country. This was reported by the press service of the government, writes RBC. 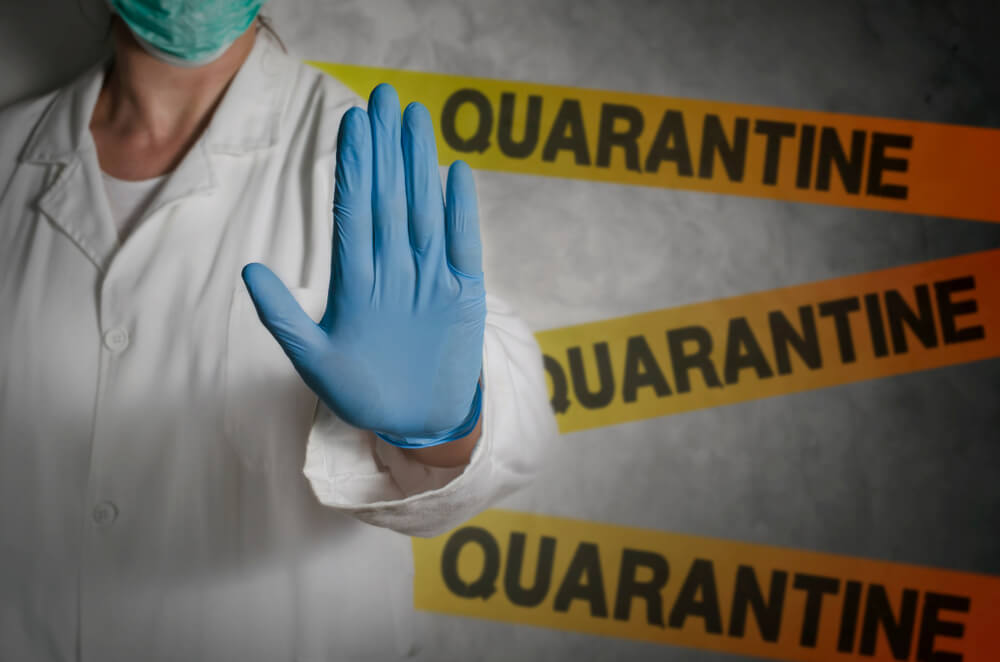 It was decided to allocate 100 million hryvnia ($ 3,9 million) for the priority purchase of personal protective equipment for the current needs of ministries, departments and services, as well as to replenish the state reserve.

At the same time, to implement this decision, the export of anti-epidemic goods is prohibited until June 1 in order to guarantee the provision of the necessary means of protecting the population.

“The Cabinet of Ministers has proposed the introduction of restrictions on the holding of mass events in which 200 or more people are planned to participate. But this does not apply to measures of state necessity. Sports events can be held with the permission of international organizations, without spectators, ”the message says.

It is also planned to introduce quarantine in educational institutions for a period of three weeks, from March 12 to April 3.

In addition, it was decided to purchase infrared equipment for screening at a distance at Boryspil International Airport.

As of the morning of March 11, Ukraine recorded 1 case of coronavirus infection.

In addition to Ukraine, quarantine is also introduced in Moldova. On Wednesday, March 11, all schools, kindergartens and universities are closed as a measure of the fight against the coronavirus epidemic all over Moldova. A ban on meetings in public places and the holding of crowded events also comes into force, writes with the BBC.

Quarantine in educational institutions will last until March 23, but the terms may be revised.

On the subject: Fact check: what you need to know about coronavirus in order not to panic

Currently, three cases of coronavirus have been detected in the country, more than 6 thousand people are under constant medical supervision.

Moldova is the leader among European countries in terms of the number of migrant workers leaving to work abroad. The largest diaspora of Moldovans after Russia lives in Italy, where more than 10 thousand people have already been infected with coronavirus and more than 600 cases have died.

A few days ago, dozens of flights from Milan, Verona and other cities in northern Italy landed daily at the Chisinau airport. This means that every day hundreds of people from the epidemic zone entered the country.

At the moment, many flights in both directions have been canceled, while air communication between Chisinau and Bologna on March 10 was carried out as usual. Flights to Parma are also saved.

The information service of the Chisinau airport said that the situation is changing rapidly. Already several airlines have completely abandoned flights between Moldova and Italy.

Thermal scanners are installed at the airport, the staff works in gloves and masks, and the premises are regularly disinfected.

According to various statistical calculations, about a million people from Moldova work outside the country, of which about 25% settled in Italy, mainly in the northern regions.

In fact, according to the National Bureau of Statistics, it is difficult to calculate the exact number of Moldavians who have left, because many travel to Europe with Romanian passports.

According to the country's Ministry of Health, on March 7, a 48-year-old woman with a severe form of coronavirus flew in from Milan. She was hospitalized in Chisinau with high fever and pulmonary insufficiency.

As she was allowed to board a plane in Italy, it is still unclear what is going on. It is reported that the crew reported to the Chisinau dispatchers in advance about the passenger in serious condition on board. Most of the passengers on the flight she flew to were quarantined, but some could not be found.

On March 8, a bus with Moldovan citizens returning from Italy was detained on the border with Romania. Sources in the Moldovan border police say that after checking the temperature, they were all released at the place of residence on condition that they go to voluntary quarantine at home.

“Well, this is childish babble - who will check whether they have isolated themselves or not? There are no such opportunities in the country, but let's not talk about the consciousness of citizens, ”said an employee of the country's Ministry of Health.

However, following a meeting of the extraordinary national public health commission, the Prime Minister of Moldova, Ion Kiku, promised that from now on, doctors and police will monitor the observance of quarantine by citizens who have arrived from infection zones and, in particular, from Italy.

How many infected could drive in?

According to the Moldovan Border Police, over the past day, 18 people have entered the country through various border points. The number of people arriving by plane from Italy before the cancellation of some flights averaged 232 people per day.

"This virus has such a long incubation period that a temperature screen that showed no abnormalities means nothing, and we have no effective ways to track the further condition of the arrivals," said a spokesman for the Ministry of Health on condition of anonymity.

During an emergency government meeting, Prime Minister Kiku set the task for officials: to ensure maximum security in the field of public health, but at the same time prevent panic, which could have a detrimental effect on the country's economy.

The authorities are particularly concerned about the upcoming Easter holidays, when thousands of migrant workers traditionally return to their homeland for vacations. Even with a complete suspension of flights, there are land ways to get home.

In Moldova, the National Crisis Headquarters was established to control the infection of a new type of coronavirus. According to its leader, Viorika Dumbrevianu, the country has enough tests to check for coronavirus, and another 1000 units from the World Health Organization are expected to be delivered soon.

According to the Moldovan authorities, they strictly follow all WHO recommendations, however, ambulance doctors are supposed to wear personal protective equipment only in case of contact with a patient who has already confirmed the coronavirus, although usually the diagnosis is confirmed already in the hospital, after talking with the ambulance team. ”.

“Every day there are several transfers to the hospital. Toma Chorbe (Chisinau infectious diseases hospital), and doctors cannot wear special protection for every case of suspicion, ”said Cristina Stratulat, spokeswoman for the Moldovan Ministry of Health.

A number of consulates of the Republic of Moldova in Italy, in particular, in Milan and Padua, temporarily suspended their work.

On the subject: How the risk of getting coronavirus and dying from it depends on gender and age

According to representatives of the Moldovan Ministry of Foreign Affairs and European Integration (MFAEI), since the outbreak of the coronavirus, the country's diplomatic missions have been working in an emergency mode, hundreds of Moldovans are contacted on various issues daily, which does not limit the spread of the virus.

On March 15, the MFAEI will once again consider closing consulates, but the non-working period will most likely be extended.

The situation in Israel

Israel as part of the fight against the spread of coronavirus COVID-19 introduces 14-day isolation for everyone who comes to the country from abroad, writes "Ukrainian Truth".

“Everyone who arrives in Israel from abroad will be quarantined for 14 days,” said Israeli Prime Minister Benjamin Netanyahu. - This is a difficult decision. But this is important for public health. ”

The decision takes effect immediately for Israelis returning to the country. From Thursday, March 12, all foreigners who wish to enter Israel will have to prove that they have the means to independently quarantine.

Israeli media reported that this measure would mean quarantine for 300 citizens in a country with a population of about 000 million people. In Israel, 9 confirmed cases of coronavirus are currently registered, with no deaths.

Coronavirus quarantine: how to usefully spend two weeks at home

Fact check: what you need to know about coronavirus in order not to panic

Get infected with coronavirus for $ 4: the company is looking for volunteers to develop a vaccine