Home In the U.S. Our tour: who comes in the spring with concerts in the US

Our tour: who comes in the spring with concerts in the US 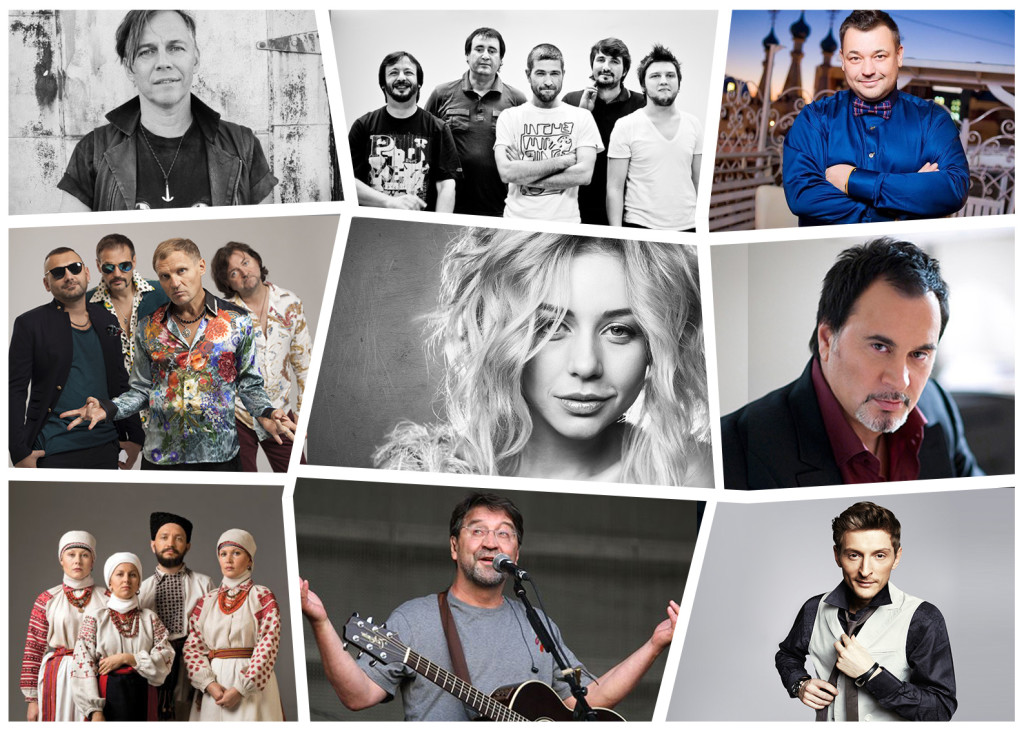 Russian and Ukrainian performers are planning a number of concerts this spring in different cities of the United States. ForumDaily has collected information on the main performances of our stars in America, which will take place in the next three months. It is better to buy tickets for some concerts now - as a rule, they sell out very quickly.

Ukrainian singer Tina Karol arrives on tour in the USA in March. The singer will give one concert each in Philadelphia, New York, Chicago, Seattle and San Francisco.

In America, Tina Karol will present a new concert program "Favorites". It includes such performer hits as “Above the Clouds”, “I Remember”, “I Still Love” and many others.

Ukrainian rock band celebrates its 30 jubilee with a tour of the United States and Canada. In particular, in America, the team will give five concerts.

During the anniversary tour called "BB-XXX years" the band will perform the best songs from all their albums. By the way, residents of the United States can choose for themselves what song “BB” they would like to hear at a concert - for this you need to take part vote. In addition, the band promises new tracks, powerful sound, archival and exclusive video series.

Mumiy Troll will go on tour to the USA and Canada in March. The group will give seven concerts in America.

The musicians will present to the public two of their new albums - the Russian-language "Pirate Copies" and the English-language Malibu Alibi. Naturally, the hits will also sound at the concerts.

The US tour kicks off March 2 in Chicago and ends in Texas. There the band will take part in the South by Southwest Festival.

Russian rapper Alex Dolmatov, better known as Guf, in March will come on tour to America. The US tour will be his first career.

At concerts in the States, Guf will perform a new program, as well as his best hits.

The sensational team from the 90s "Hands up!" will make all guests remember their youth. “My baby, I miss you”, “Take me away sooner, take me over a hundred seas, and kiss me everywhere - I'm 18 already”, - get ready to sing along to melodies from the past.

The legendary rock band DDT and its leader Yuri Shevchuk will perform in April in six US cities as part of their tour of North America.

The concerts will be held in two formats: on large venues in New York and Boston, the group will present the latest album Transparent, and Miami, Philadelphia, Seattle and San Francisco will host author evenings by Yuri Shevchuk.

As part of the author's evenings under the name “Acoustics”, the audience is awaited not only the songs performed by the leader of DDT, including his previously published, but also his own verses.

In addition, the solo performances of Yuri Shevchuk will be interactive - the musician will communicate with the audience in an easy and relaxed atmosphere.

The group "Spleen" comes on tour in the US, where 10 has not performed for years. Petersburg rock band goes on tour in North America in April.

The band brings to the US a concert program based on songs from the new double studio album "Resonance". However, during the performance “Splin” will perform not only new songs, but also well-known hits from previous studio works. Hear the popular song "Orbit without sugar", as well as other hits performed by Alexander Vasilyev, will be able to residents of six American cities.

Pavel Volya, one of the most famous residents of the Russian stand-up show Comedy Club, the author of solo rap albums, comes on tour to the USA.

The comedian is certainly witty. No one and nothing will hide from his humorous, critical gaze, so be prepared for humor, sometimes on the verge of a foul. Because of this, in fact, the concert has age limits - it is designed for the public from 18 years.

Russian singer Vitas, who became famous for his falsetto, will sing in high tones in the USA. The lyric tenor will give several concerts in the cities of the east coast of America. Over the ocean, he brings the anniversary concert “The Story of My Love. 15 years with you. "

Famous Russian performer arrives in America with a jubilee tour. Valery Meladze’s career began in the 90s. And now, for more than 25 years, the performer remains in demand. The program of American concerts includes the best hits of the singer, the permanent author of which is his brother Konstantin Meladze.

The Russian singer, the leader of the rock group "Night Snipers" Diana Arbenina is also going to tour in the USA.

Diana is one of the founders of the Night Snipers group and is currently the only vocalist of the group.

Arbenina is the author of more than 200 songs and dozens of poems, which she prefers to call "anti-songs."

Ukrainian group playing in the style of "ethno-chaos", will bring ethnics of Slavic peoples to the multinational United States. Live performances of the DakhaBrakha quartet have no analogues on the folklore scene. For all lovers of authentic sound and primitive energy.

For residents Miami и New York - separate groups on Facebook from ForumDaily, in which you can learn all about the rich entertainment and cultural life of big cities.