In the Netherlands, Johan Huibers built a replica of the biblical Noah's Ark for $1,6 million, reports Lavender. 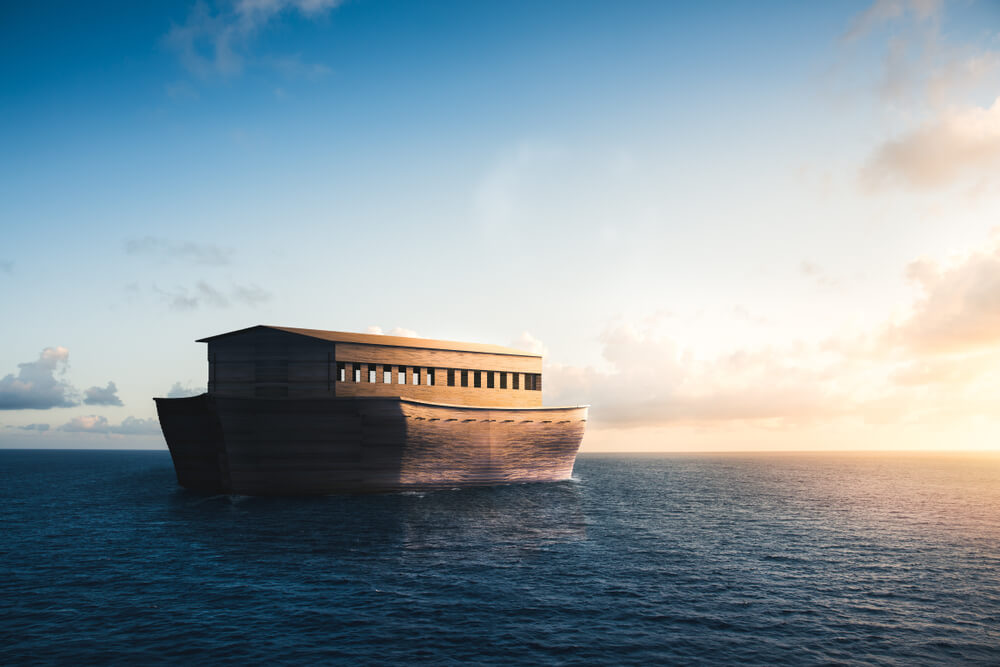 In 1993, Johan Huibers was reading the story of Noah's Ark to his children when he suddenly had the crazy idea to build his own replica of the Ark. His wife only laughed at him, saying that he would never be able to finish it in his life. However, the lack of trust from his wife could not dampen his enthusiasm, and in 2006 Johan built the first version of the ark. But the man was dissatisfied with the result, because the ship he built was two times smaller than in the Bible. Therefore, the man decided to go further and build an exact copy.

Teaming up with amateur carpenters in 2008, Johan set about building a life-sized Noah's Ark.

The second version of the ark was opened to the public in 2012. The construction of the biblical ship cost Johan $ 1,6 million.

“We are not professional builders, so many of the buildings on the ship are a little crooked,” Johan later admitted.

It's hard not to be surprised by the ship's size and attention to detail.

On the subject: Eclipse, planetary parade and meteors: how to see three unusual astronomical events in May

There are wooden models of animals in the ark, including: gorilla, elephant, rhinoceros, leopard, etc.

A replica of Noah's Ark was very popular in Dordrecht, the Netherlands, but unfortunately the ark was closed due to disagreements between Johan and city officials.

The Dutchman built the ship exactly as described in the Bible. The life-size replica of the Bible ship has a steel frame and was built from American cedar and pine. The ark is 23 meters high, 29 meters wide, and 125 meters long. The Johan Ark weighs 2,5 thousand tons and can accommodate more than 5000 people at the same time.

Initially, the man planned to go on it to Brazil for the Rio 2016 Olympics, but due to security problems, the plan had to be abandoned.

Johan says that for him, "Israel is the preferred place for the ark."

"It's a replica of God's ship, so it makes sense to take it to God's land," Johan said.

In fact, the man planned to take the ship to Israel shortly after construction was completed, but the forest fires in Israel forced him to postpone the trip.

At the moment, Johan is looking for donations from the Good Samaritans, whose money will help him deliver the ship to Israel.

Since the ship does not have an engine, several tugboats will have to be hired to deliver it to Israel, which, according to estimates, will cost about $ 1,3 million.

Immigration after 40: stories of Russian-speakers who started a new life in America in adulthood

Urban Dictionary added another word related to the war in Ukraine, and it's not exactly censored