How singer Nina Brodskaya moved from Moscow to New York

As in a classic film about show business, a young talent was discovered by a celebrity: 16-year-old Nina Brodskaya at the rest house in Sochi was noticed by renowned jazz musician Eddie Rosner. Soon the Russian schoolgirl already performed with his ensemble.

Nina Brodskaya sang the main song in the movie “Buratino”, became one of the favorite artists of radio and television, and became even more famous after performing the song “The January Blizzard Rings” in the favorite audience of 1973 comedy “Ivan Vasilyevich Changes Profession”.

Her life changed when she left for America in search of a better life in 1980 during the mass emigration of Soviet Jews.

Today, together with other jazz musicians from among Russian immigrants, she sings again in the big band. Every week they gather in a somewhat unusual place - in the basement of the home of a dentist from the Brooklyn district of Brighton Beach.

This is another stage in the remarkable career of a singer and author of songs performed in Russian and English. Nina Brodskaya released many music albums, including two in Yiddish, and wrote several books about her way in show business.

Fate brought her back to Moscow in the 1994 year, after the collapse of the Soviet Union. Nina came to visit relatives and friends. “Suddenly, I felt that they needed me. I was again invited to sing on television, on radio and in concert halls, ”says the singer. Then followed other trips.

Today, Nina Brodskaya fans can listen to her songs on YouTube or purchase more 150 albums on iTunes. They can buy a cinema CD “Ivan Vasilyevich Changes Profession”.

Every Tuesday night, she rehearses with the orchestra of DDS and drummer Mark Rosen. Twenty musical instruments are played in it, and it was created two decades ago by Mark Rosen together with Zinovy ​​Pritzker, who became the musical director.

Pritzker works as a piano tuner. At one time he came to Rosen as a patient, but then they became friends with jazz. It was not difficult to find other talented immigrants from Russia and other countries who shared their passion, although most of them were not professional musicians. “We have a policeman, a butcher and a limousine driver,” says Rosen.

Nina Brodskaya did not change her profession. “How could I do something else, for example, work in a factory or sell soap?” The soprano singer asks skeptically. “No, my job is to sing.” Nina's husband, Vladimir, is a trombonist musician with the specialty Eddie Rozner in the orchestra.

Although the orchestra rehearses much more than it does before an audience, Pritzker is always looking for opportunities for concerts. No rehearsal is complete without vodka and delicacies from the native country.

Now the singer has reduced the number of performances to take care of her parents - Alexander and Bass Brodsky, but sometimes accepts invitations, especially from the Russian-American community. 22 June she sang in the center for older people in Brooklyn. The speech was timed to the 75 anniversary of the invasion of Nazi Germany into the Soviet Union.

“I am still full of energy. I'm still crazy about music, - says the singer. - I think if I sit at the piano, I will immediately start writing something, writing songs. It is impossible to quit. Music is my oxygen. ”

Our first year in the USA: what conclusions we managed to do

Personal experience: how much is life in New Jersey

How the descendants of Old Believers who fled from the USSR live in Alaska. A PHOTO 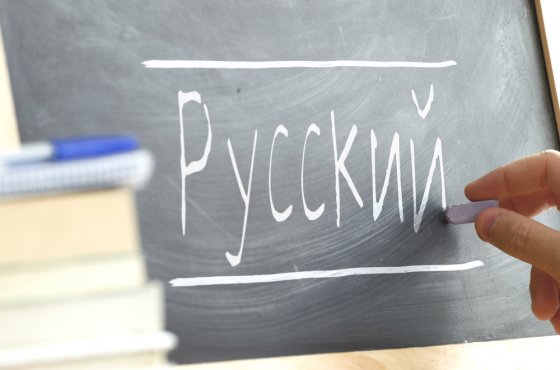