Home In the U.S. Google Parking Van: How IT Professionals Live in San Francisco

Working in the tech giants of Silicon Valley looks like a dream from the outside, and a probable six-figure salary turns this idea into a major career goal - a luxurious life beckons, so many technicians come to the San Francisco Bay Area. But what kind of life do they actually get? 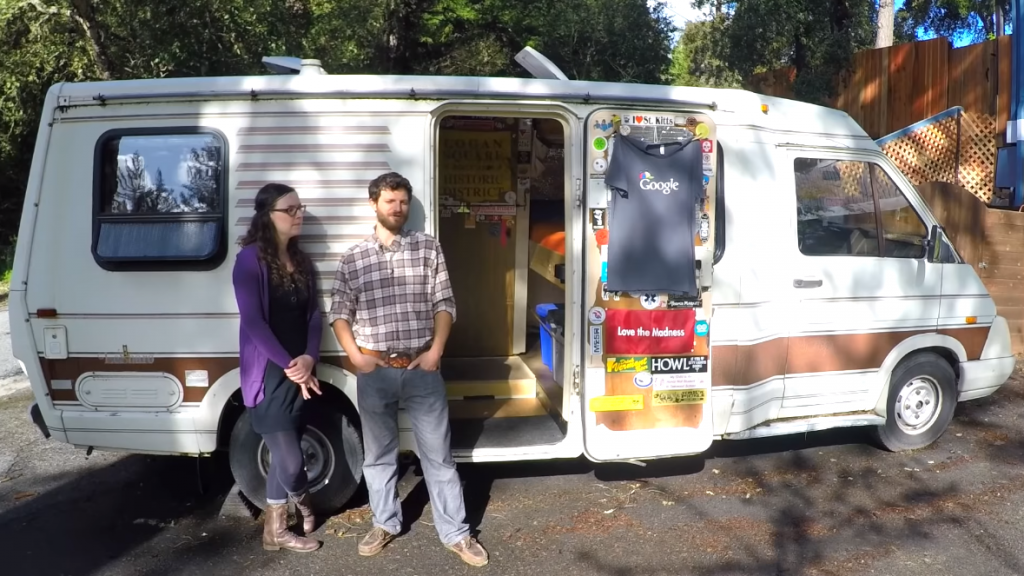 In one of the most competitive real estate markets in the country, it is almost impossible to find affordable housing. Due to the housing crisis, thousands of people cannot cope with the epidemic of homelessness in the city, writes Business Insider.

An average one bedroom apartment in San Francisco costs $ 3550 a month. This means that if we take into account the average initial technical salary of $ 91 a year, some specialists are forced to spend a significant part of their salary solely on rent.

And when these technical workers want to buy a house, they will have to forget about this idea: a study conducted in 2018 showed that 60% of them can not afford it. Other expenses in the city are also high.

Due to housing shortages in the Bay Area, high demand for residential properties has led to a sharp increase in property values. At the same time, giant technology companies in the region do not slow down their hiring - people are constantly coming here. Many newcomers see their new life through rose-colored glasses, imagining what a technical salary will look like and what you can afford. Their fantasies are filled with luxury cars, gorgeous homes and more than comfortable lifestyles.

On the subject: Plywood Wall and Gate: How San Francisco Rescuers from Homeless People

Reality is often very different from what they expected. In the end, they spend a significant portion of their salary solely on rent, leaving little to cover other incredibly high expenses in the city.

And therefore, technical experts, both experienced and newly made, are forced to take a creative approach to how they can outwit the infamous absurd rental costs. For example, in San Francisco, a Negev community service organization that works specifically for technicians helps them get around housing shortages and high rents. The company offers a house with 50 rooms on three floors, all of which are rented out. Many residents sleep in bunk beds and spend $ 1900 a month to live here.

Tenants are software engineers, user interface designers, technical operations analysts, or virtual reality engineers, most of whom are under 30 years old. Every Sunday there is a shared dinner for housemates, and parties are held on weekends.

Many young technical workers cannot afford ordinary housing. Especially if they have a family. Mika, along with his wife Yana and their son, moved to the Gulf region to pursue a technical career. To avoid high rents in the city, they built a tiny house for their three-person family in Texas and brought it to California. 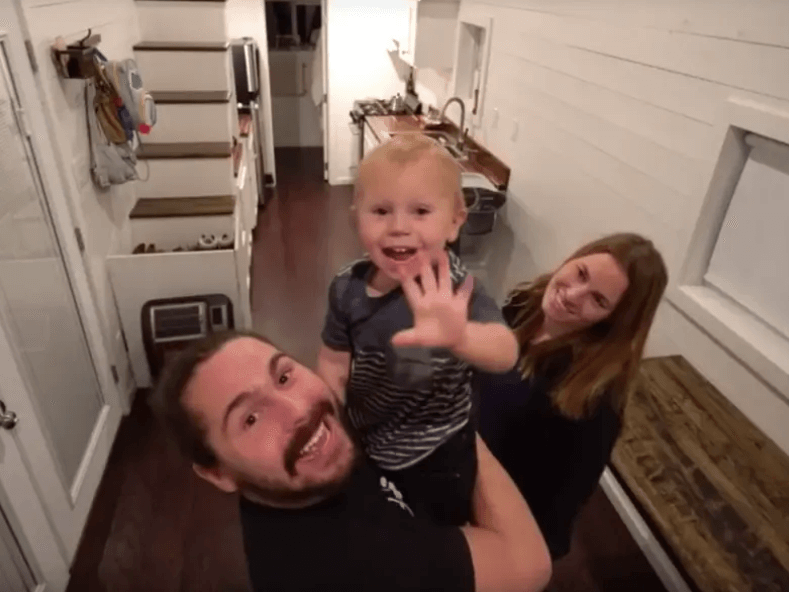 The next step was to find a parking place. They teamed up with a family that allowed them to park the van in their parking lot for rent. 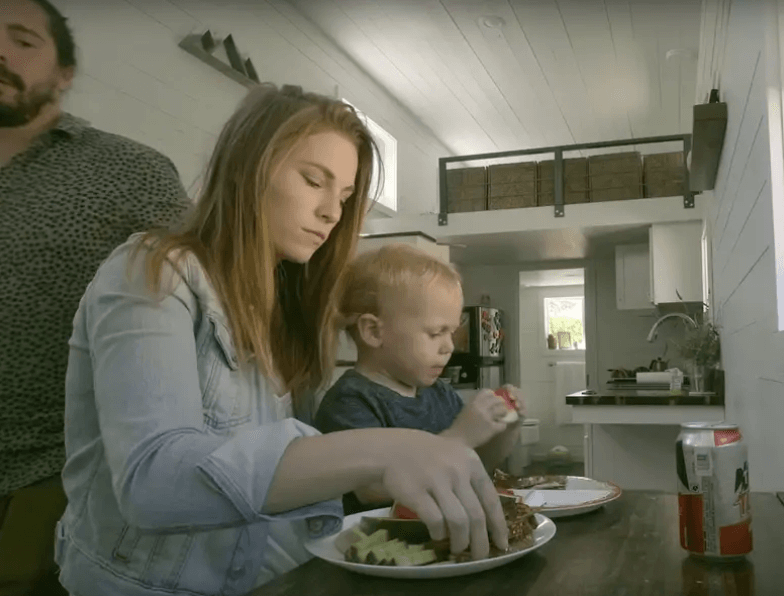 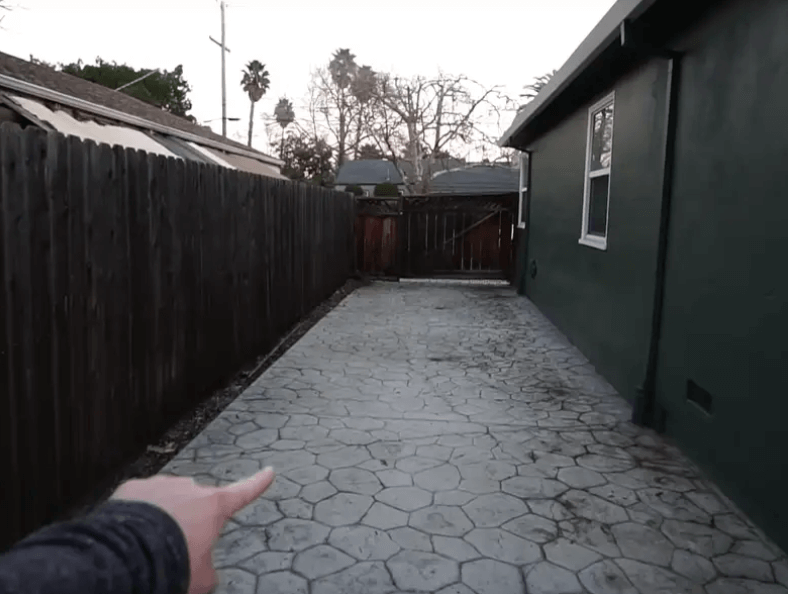 They used an extension cord to get power from the house, and also installed a generator if they wanted to use an air conditioner or a washing machine and dryer. And in the yard they installed solar panels for additional energy. 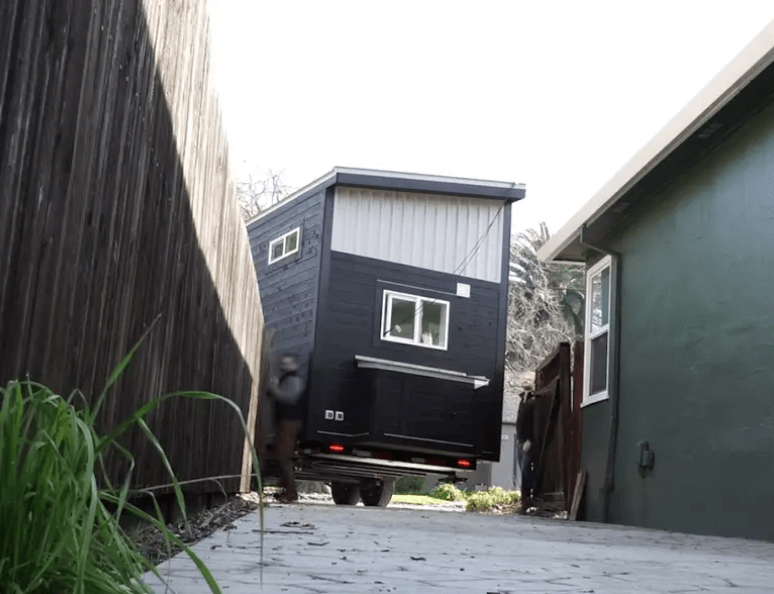 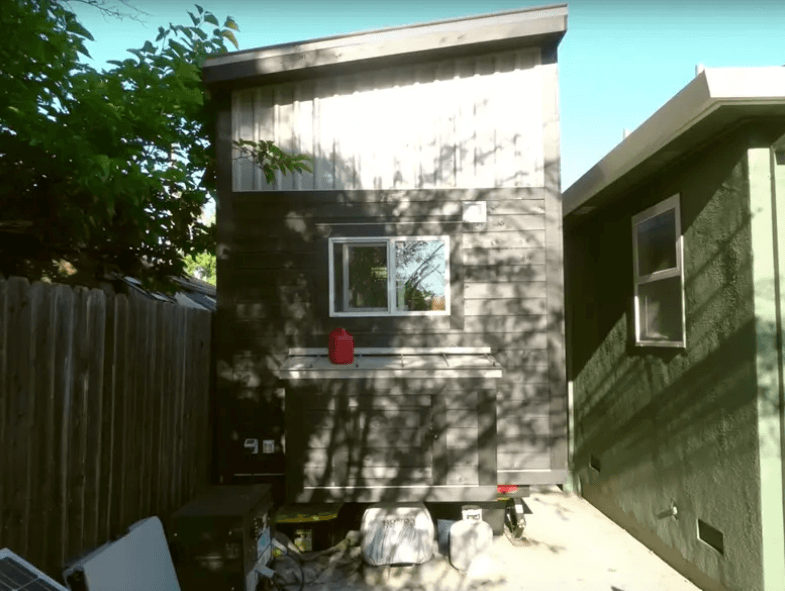 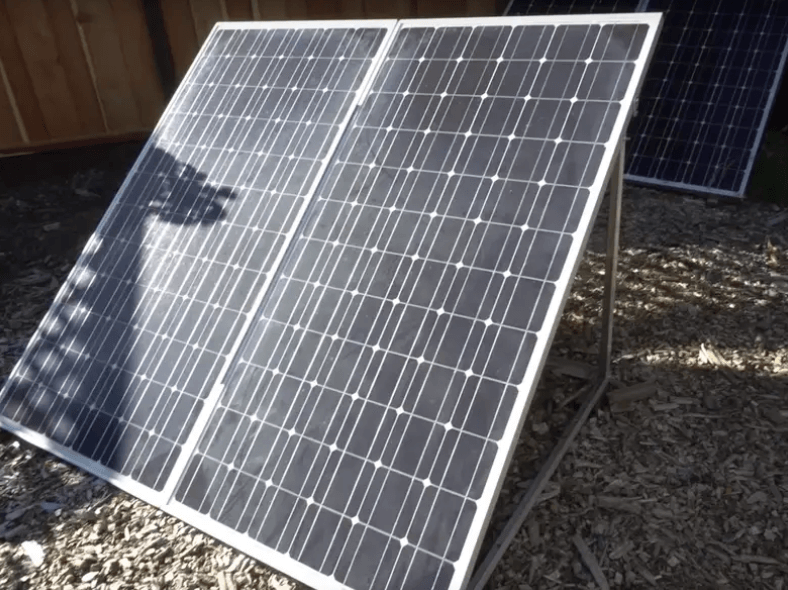 The tiny house has everything the family needs. 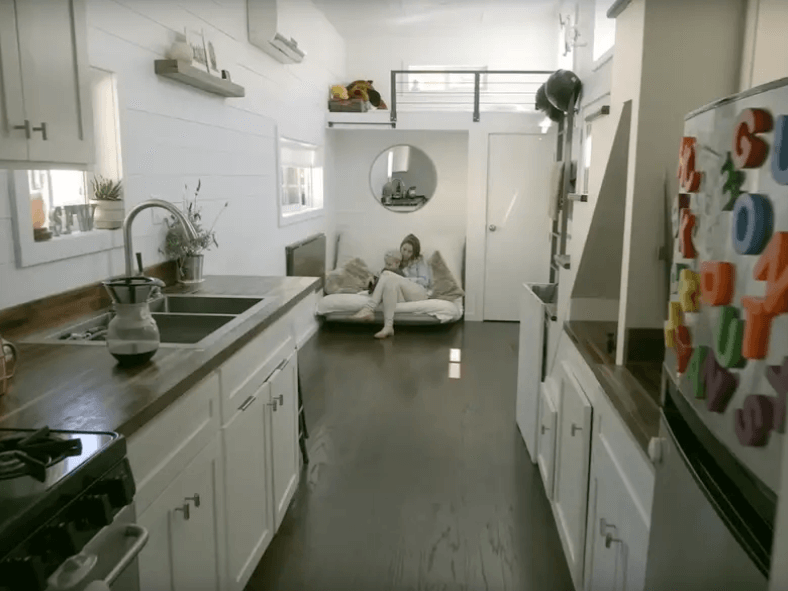 The bathroom includes a washing machine and dryer. Guests are offered a cheat sheet for the proper use of the toilet. There is a folding table for food. 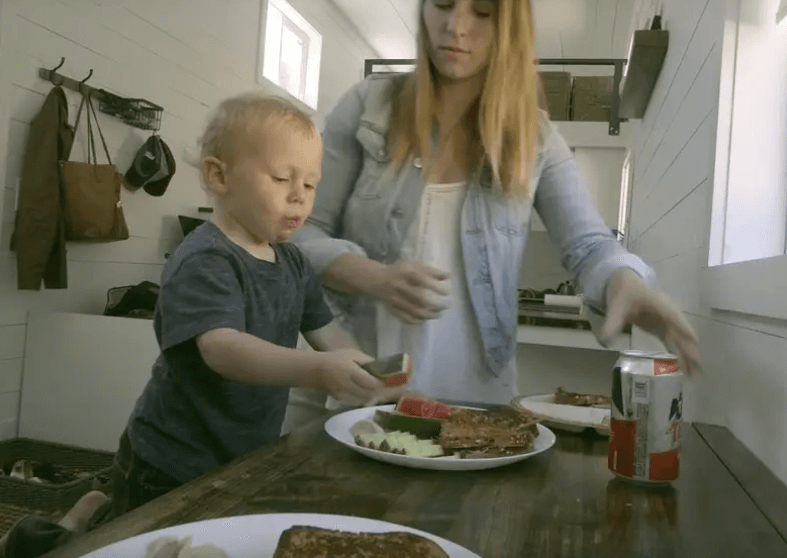 And also a sleeping corner. 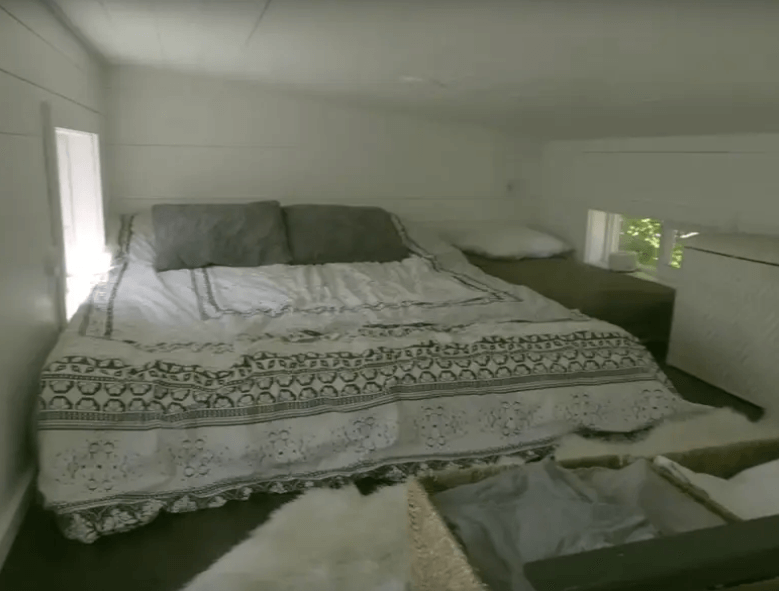 The D'Andrea family is also a parent. Tech Insider talked about them in his video. Google employee Pete D'Andrea and wife Cara put $ 1900 on a Winnebago van and moved to Silicon Valley from Chicago when Pete got a job on one of Google’s auto manufacturing teams.

On the subject: 'Work, work, work, die': a programmer from Ukraine talked about moving to Silicon Valley and working at Netflix They found a parking spot on Google and lived there for one and a half to two years (before they gave birth to a daughter), investing 80% of their income in savings. Their bed was a lifting mattress. The van has a small toilet, sink and shower. The sink extends from the wall. The tiny kitchen has a mini fridge. And also a stove for cooking. Kara knows that this is not an ideal setting, but she did not mind. They have accumulated enough to make a down payment on the house. 7 months after the entry, they had a dog, four cats and three hens. Then their child was born. As for their van, they left it and use it for travel. Pete said that he sees many other vans parked in a Google parking lot. Expensive and dirty: due to poor conditions, San Francisco lost the conference that took place there for 20 years

Pack your bags: the company will pay $ 10 000 to those who are ready to leave one of the US regions

'Everything turned out like a movie': Ukrainians in Silicon Valley created a startup for $ 500 million