The Internal Revenue Service (IRS) acknowledges that due to its error, some citizens of other countries received $ 1 in coronavirus assistance payments - and that the error could be repeated. Writes about it NPR. 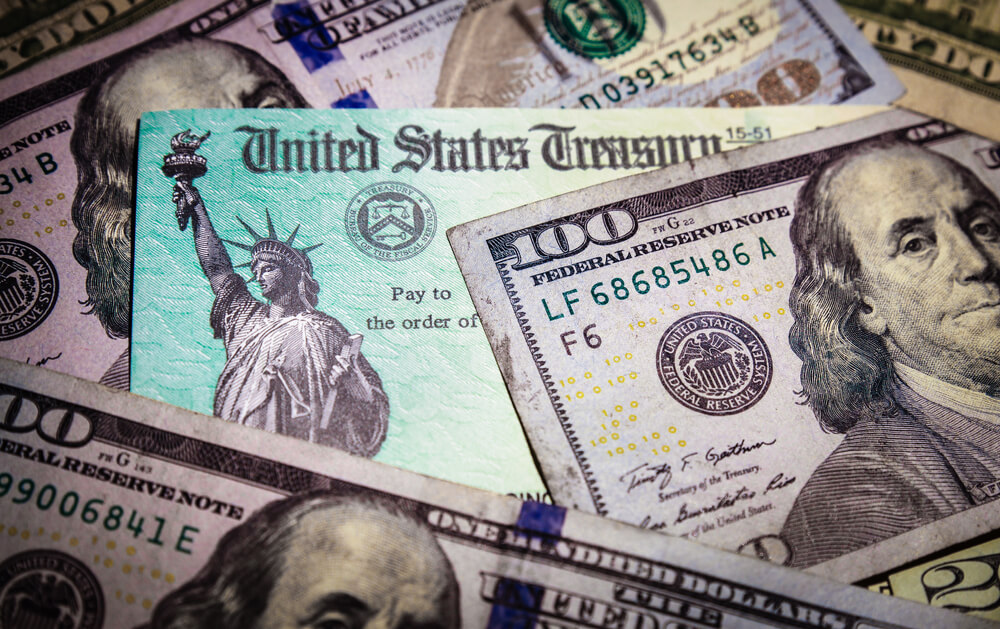 When the error messages first surfaced, the US government blamed these recipients, stating that many citizens of other countries received checks by mistake because they filed incorrect tax returns that made them American.

But in fact, many of the people who received the money did not file their tax returns in the United States. One of them is Suzanne Wigfors, a 78-year-old Swedish citizen who lives in Stockholm.

Wigfors was surprised when she received a check for $ 1 in the mail from the US Treasury Department in July. This was followed by a letter from the White House, signed by US President Donald Trump, addressed to the "American brother."

“I thought, 'I can't believe this,'” Wigforss recalls. Why did they send me money?

On the subject: Amounts, criteria and schedule: what is known about the second round of quarantine financial aid

Only US citizens and US “resident aliens” are eligible to receive money - “Resident Alien” is a federal tax classification and an individual needs a green card or must be in the US for a specified time to qualify.

The IRS admitted that it mistakenly sent checks to some foreign nationals who receive Social Security and other federal benefits, such as Wigfors, which receives a small Social Security payment after working for several years in California.

“This is so wrong,” Wigfors said. "I saw that, for example, several people are evicted in Chicago every month, and I thought that one of these families would need this money more."

“I cannot cash this money - it does not belong to me,” she added. "But I wonder how much money went out of the Treasury Department because of these mistakes."

The US government cannot answer this question. The Inspector General of the Internal Revenue Service did find that as of the end of May, $ 34 million in financial aid in connection with the coronavirus had been sent to people who filed a tax return with a foreign address.

This also includes people who were eligible for payments, such as US citizens living overseas. And in some cases, this amount does not include the seks received by people who are not entitled to them. For example, a citizen of the Dominican Republic who was not eligible to participate in the program, but received payment at his former address in Massachusetts.

Since Congress hastily passed its coronavirus relief package in March, the US government has not put in place any mechanisms to prevent these mistakes from happening again. As a result, if a new bailout plan is adopted in the final weeks of Trump or during the Joe Biden administration, some of that money is likely to end up in inboxes overseas by mistake again.

IRS officials said they "continue to evaluate the accuracy of payments and are looking for measures to prevent any erroneous payments." Meanwhile, the IRS "relies on people to voluntarily repay these payments."

Enda Kelleher, Sprintax's vice president of US tax collection for non-residents, says that would be a good outcome.

Kelleher said Sprintax has customers in about 150 countries who received checks by mistake, most commonly in India, China, South Korea, Vietnam and the UK, as well as many Latin American countries.

“It's terrible when we hear about millions of dollars falling into the wrong hands,” she added. “But that was probably within an acceptable margin of error or bias,” because Congress preferred speed to accuracy.

Many foreign nationals who received a check by mistake try to return it because they fear it would jeopardize their visa or immigration status, but also thousands of people say, “If they were stupid enough to make this mistake, then this their mistake, and I'm not going to return the money until they ask for it. "

Van Shockley falls into this category. He is 74 years old and was born in Pennsylvania but moved to Australia after becoming disillusioned with US politics in the 1960s.

“I was depressed when John F Kennedy was killed,” he explained. "I just couldn't handle it, so I started looking for another place to live to start over."

Shockley renounced US citizenship and has been an Australian citizen for about half a century. His last trip to the United States was 40 years ago. But he also received money, although he is not entitled to it and does not file a tax return in the United States.

On the subject: $ 5 per week: without federal financial assistance, the unemployed may remain poor

“It was the strangest thing in the world,” he recalled. “I checked my mail and pulled out a check. It had a Fed / Treasury figure with an eagle and everything. I thought, “Where is this from? USA? What's happening? Why am I getting a check from the government? "

Shockley suspects he got the check by mistake because he gets Social Security for working in the United States before moving abroad.

“At first I thought it was a joke,” he said, “and then I went to the bank and asked,“ Do you have a way to verify that this is legal? ” And the girl came back five minutes later and said, “It's legal. You have money".

“I didn't ask for money. I didn't expect any money, ”Shockley added. - But as soon as I received the money, I put it in the bank. You won't get them back. "

He attributes the error to the incompetence of the US government.

“They just don't do their job properly,” Shockley said. "But I'm not really complaining, because I'm glad I got the money."

More than a hundred Austrians received coronavirus financial aid from the United States: money is unlikely to be returned