Home In the U.S. Thousands of Children at Risk: US School Bus Drivers Abuse Alcohol and Drugs

Thousands of Children at Risk: US School Bus Drivers Abuse Alcohol and Drugs

In November 2018, Trista Freeman got on the school bus and immediately realized that something was wrong. When the driver met her, she said that he smelled of alcohol. A few minutes later, the bus began to wag in lanes and pass at the red traffic light. Three hundred were in a panic when the bus with her and 26 other high school students nearly hit the car, writes USA Today. 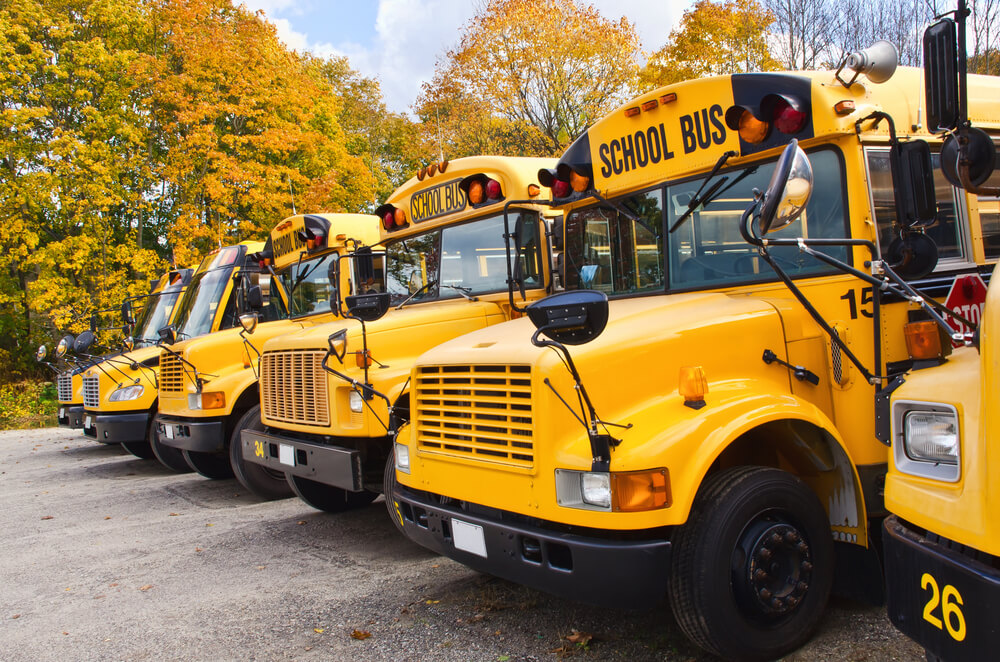 “Everyone on the bus was going crazy, shouting for him to stop. I really got scared, ”recalls the 16-year-old Trista.

Three hundred, her older brother Cody and other children in the salon began frantically typing SMS messages and phoning their parents. Rosa Reynolds was then 16. She called her mother, and her father, a volunteer firefighter, contacted the police.

Other parents started calling the school transportation department and 911.

School bus driver Michael Ledbetter had more than two dozen students in the cabin when he was stopped and arrested for drunk driving in Dayton, Tennessee, in November 2018.

On the subject: 10-year-old girl with special needs was severely bitten on a school bus

The observer contacted the bus driver by radio and ordered him to pull over to the side of the road. Police conducted sobriety tests. An analysis later showed that the level of alcohol in the blood was 127, which is more than three times the allowable limit for commercial drivers.

“Everyone makes mistakes,” said Lisa Freeman, mother of Trista. “And if he crashed this bus and hurt the children?” None of the parents want to receive such a phone call. ”

Ledbetter, 59, pleaded guilty in July 2019 to driving under the influence of alcohol. The judge sentenced him to 30 days in prison and 18 months probation.

In the whole country, more than 1620 schoolchildren in 38 states have been in danger since 2015 by bus drivers who have been arrested or charged for driving while intoxicated or under the influence of drugs.

School transportation groups note that buses are the safest means for students to travel to school. According to group representatives, most drivers would never put their children at risk. None of these incidents resulted in the death of a driver or passenger, and most students were not injured.

Road safety advocates say officials should better control the work of drivers who are entrusted with the lives of children. Over the past five years, Stateline's analysis of police records, court documents, and news media reports found that:

The problem was not solved

Many federal authorities were unable to collect information on school bus drivers with impairments.

Although school districts are aware of individual cases. These data are generally not collected, aggregated or analyzed at the state level.

To measure the magnitude of the problem, Stateline contacted 268 agencies in 50 states and the District of Columbia, from the education and transportation departments to the state police and the judiciary, to find out that about 11% of the agencies could provide any incident data.

In some states, agencies searched their databases and found no cases, although Stateline found one or more. Others cited as an example incidents which, in their opinion, were related to disruption of bus drivers. This turned out to be inaccurate because the data was entered incorrectly or the police officer set the wrong flag on the form. Most generally could not make a request to search for such incidents.

“That has to change. States should collect this data and track it carefully, ”said Ron Replogl, director of Mothers Against Drunk Driving, a national law enforcement initiative.

Driving a school bus is not an easy job. Drivers often deal with low pay, split shifts and underemployment. They must undergo special training, have a commercial driving license (if 16 or more people are transported on the bus), be able to handle a vehicle that can weigh up to 33 pounds (000 tons), and carry more than 15 students.

“You have a bus full of children. They play, scream and throw something. It's hard work, ”said Dan Domenech, executive director of AASA, the School Superintendent Association.

According to Charlie Hood, executive director of the National Association of Directors of Transport Services for Schoolchildren, every day at the school, about 480 buses transport more than 000 million students to and from school, as well as to other events. Although many drivers work in school districts, about a third are employed in private bus companies that contract with districts.

Hood noted that school buses are the safest way for children to get to school. He noted that it is rarely possible to meet a school bus driver with disabilities in the line of duty.

On the subject: How a child adapts to the American school

Many drivers were fired or they themselves resigned after being arrested or charged. At least two dozen arrested bus drivers were allegedly under the influence of drugs prescribed by a doctor, often drugs or tranquilizers. Other arrested school bus drivers used illegal drugs such as methamphetamine or heroin.

Federal regulations require that commercial drivers, including school bus drivers, be tested for alcohol and drugs before they are hired, randomly during work and after an accident under certain conditions. Supervisors should be trained in detecting signs of alcohol or drug use. Bus drivers who fail these tests may lose their commercial driver’s license, at least temporarily.

In Illinois, officials have suspended commercial licenses for at least 55 school bus drivers since 2015 for failing a drug or alcohol test. 11 others were suspended from participation in the exam.

In large school districts, where hundreds of buses are on the road, an individual inspection of each driver will be “extremely difficult,” the director of the school superintendent group is convinced.

“The problem is that quite often there are times when no one sees a driver who arrives at check-in,” said Robert Berkstresser, an expert on commercial buses in San Diego, a former director of school transport.

“The driver can log in. The dispatcher looks at the screen and sees that the driver is registered, and that’s all, ”he added.

How children are raised in Russia: an American woman’s view of our motherhood