Home In the U.S. All America grieves: the famous basketball player and his daughter died in a plane crash

All America grieves: the famous basketball player and his daughter died in a plane crash

Former Los Angeles Lakers basketball player Kobe Bryant died in a helicopter crash near Los Angeles. Together with him, his 13-year-old daughter Gianna and seven other people on board died, writes Air force. 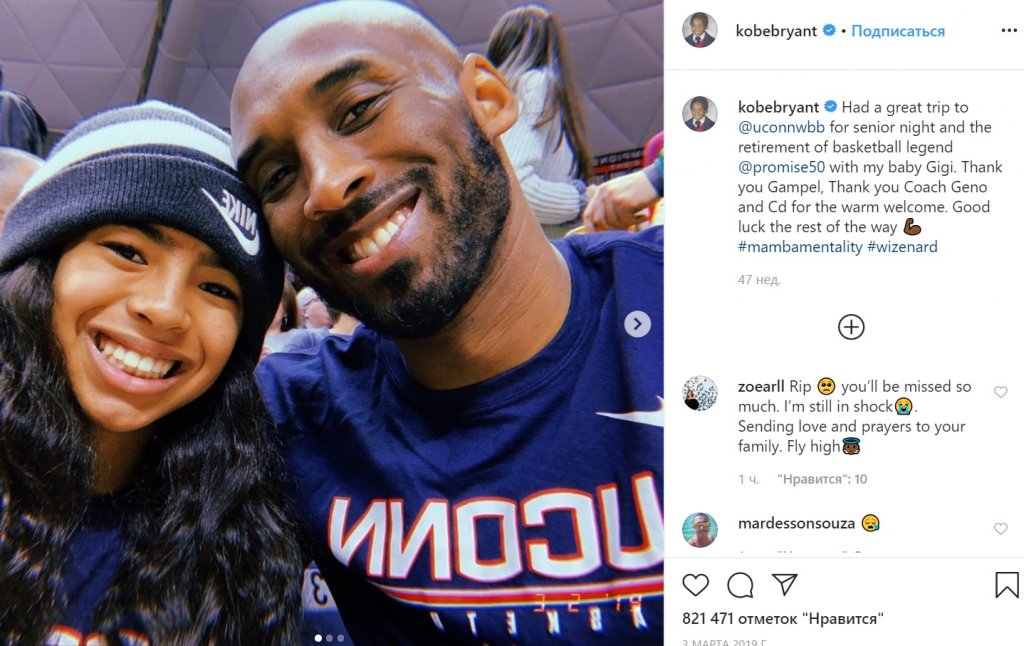 Bryant and his daughter Gianna (Gigi) died together. Photo: instagram.com/kobebryant

A helicopter crashed in the hills near the city of Calabasas, the cause of the crash is still unknown. Rescuers arrived at the crash site almost immediately, but found that there were no survivors.

It is still unknown exactly where the helicopter flew from and where it was heading.

Eyewitnesses report that a few minutes before the crash, they heard the engine stall out of a flying helicopter.

The local county sheriff's office tweeted photos of the scene.

According to the Los Angeles sheriff, nine people were on board the helicopter, all of them died.

Who was Kobe Bryant

Bryant was considered one of the best players in basketball history.

The 41-year-old basketball player has played for the Lakers throughout his career. He retired from professional sports in April 2016. Over 20 seasons, Bryant has earned five league titles and won two Olympic gold medals with the US national team. He also became the only NBA player to receive four MVP (Most Valuable Player) awards from an All-Star Game.

Bryant also received an Oscar for Best Animated Short Film, Dear Basketball, based on a poem that the athlete wrote in 2015 and dedicated to basketball.

On the subject: Ukrainians killed in a plane crash in Iran: who are they

Bryant and his wife Vanessa have three more daughters, Natalia, Bianca and Capri.

Two months earlier, Kobe and Vanessa celebrated the 20th anniversary of their marriage.

“On this day, 20 years ago, I met my best friend, my queen. I love you, my mamacita per semper, ”Bryant said then. 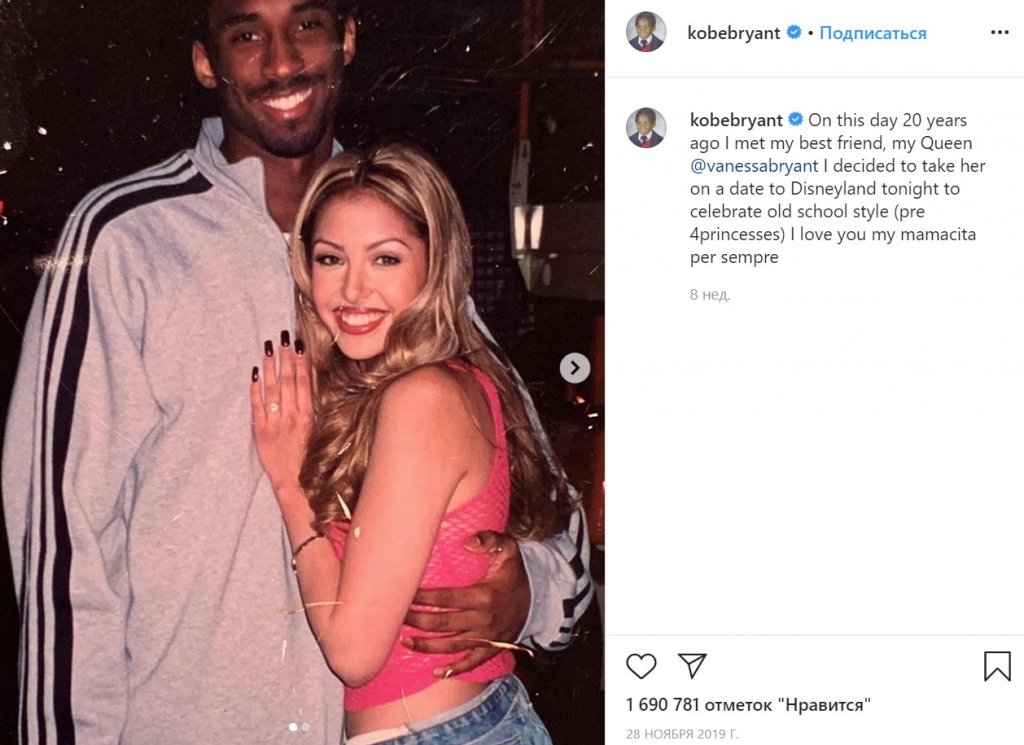 Bryant was charged with sexual violence in 2003 against a 19-year-old woman who worked at a resort in Colorado. He denied the allegations, stating that they had consensual sex. The case was dismissed after the woman who accused Bryant refused to testify in court.

The basketball player later apologized, and the subsequent civil lawsuit was settled out of court.

On the subject: A plane crashed in Afghanistan: more than 100 people could be on board

How the world reacted to Bryant’s death

The basketball world is in mourning. “No, please, no. It can't be, "basketball player Kevin Love tweeted. 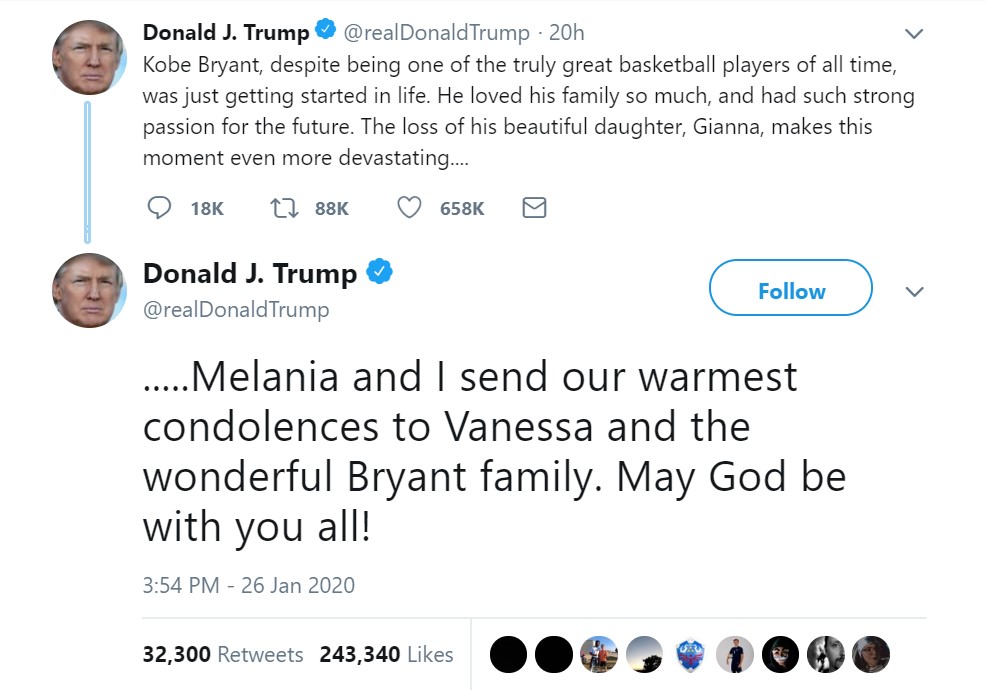 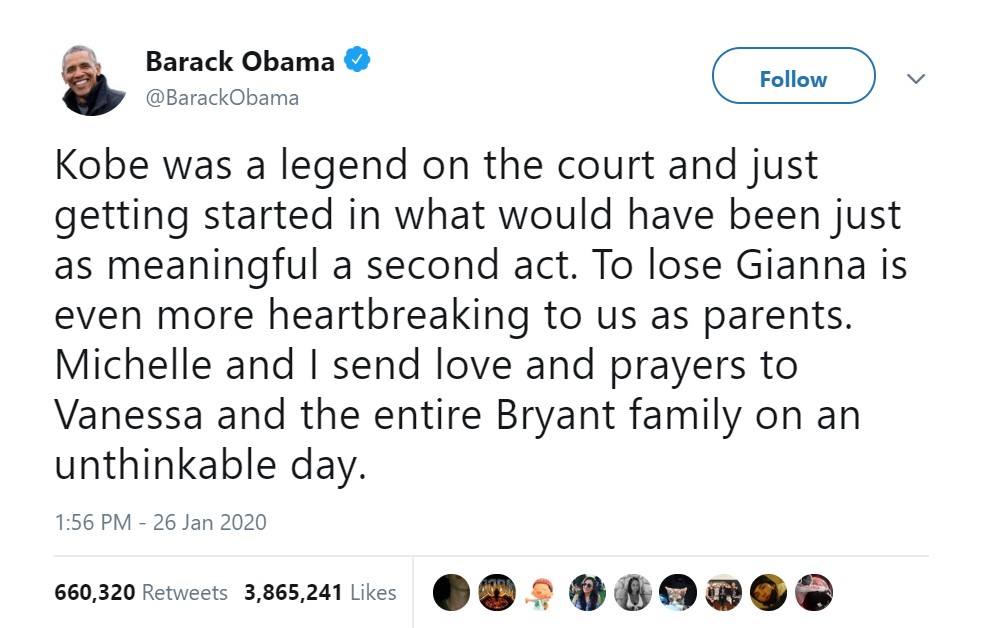 Many celebrities have expressed their grief in the accounts of social networks.

Fans come to the impromptu Bryant memorial in front of the Staples Center in Los Angeles, the Lakers' home arena, where they leave flowers and basketballs in memory of the star.

Barcelona striker Lionel Messi wrote on Instagram: “I have no words ... All my love is for Kobe's family and friends. I am proud of our acquaintance and the time spent together. You were a genius, which are few ”.

'It takes time to resurrect a person in itself': how the last Holocaust witnesses survived and live

What is dangerous virus from China and how to protect yourself

In Australia, a fire plane crashed with Americans on board