Los Angeles Mayor Eric Garcetti is proposing a guaranteed income program for the poor, making it the largest city in the United States to test such a policy. Bloomberg. 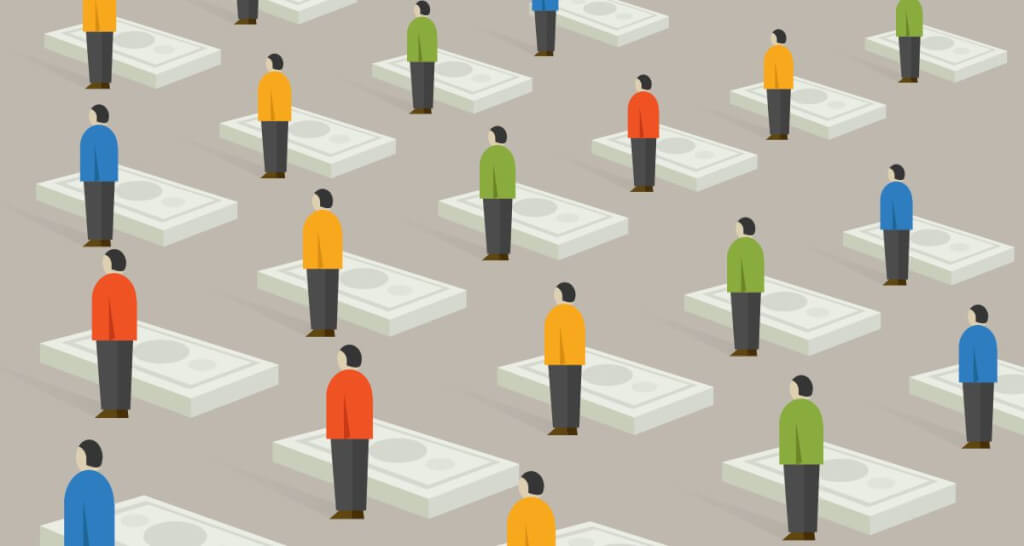 On Tuesday, April 20, Garcetti will ask the city council to allocate $ 24 million in next year's budget for monthly payments of $ 1000 to 2000 low-income families in America's second largest city, the mayor said in an interview. Funds from municipalities and other sources could bring the total to $ 35 million.

Candidates for the annual program will be selected from 15 boroughs based on the proportion of each zone of people living below the federal poverty line. Garcetti is targeting households with at least one minor who are struggling with the Covid-19 pandemic.

Although the movement is nationwide, the scale of the poverty in Los Angeles, where one in five of nearly 4 million residents can barely make ends meet, is drawing national attention to the program.

“How many decades are we going to fight the war on poverty with the same old results,” Garcetti said. "This is one of the cheapest investments in resources to change people's lives forever."

The idea of ​​a government providing the poor with a basic income has been promoted over the years by a number of prominent figures, including civil rights leader Martin Luther King Jr., libertarian economist Milton Friedman, and Republican President Richard Nixon.

Businessman Andrew Young made the idea the centerpiece of his failed attempt to become the Democratic presidential nominee last year, and he continues to champion this policy in his campaign for mayor of New York.

On the subject: A universal basic income for children may appear in the USA: when and under what conditions

Los Angeles will join a handful of other cities experimenting with a guaranteed income program. These include Stockton, California, St. Paul, Minnesota, and Chelsea, Massachusetts. In many cases, programs are funded by charitable organizations.

The coronavirus has accelerated plans for the program. Last year, the Los Angeles Mayor's nonprofit foundation, tied to Garcetti's office, issued $ 36,8 million to 104 residents through a prepaid debit card called the Angeleno Card.

The city will receive more than $ 1,3 billion in federal stimulus funds from the recently adopted American Rescue Plan that can be used to fund the disbursements. Los Angeles has a budget of about $ 10,5 billion for the current fiscal year.

“There is no question that the pandemic is proof that it works,” Garcetti said. "Small investments bring big rewards."

Garcetti, a second-term Democrat, is the co-chair of Mayors for Guaranteed Income, which advocates federal policy and funds local programs. The group, made up of 43 elected officials, was founded last year by then Stockton Mayor Michael Tubbs. He received $ 18 million in seed capital from the co-founder of Twitter Inc. Jack Dorsey, as well as $ 200 from Bloomberg Philanthropies, the charitable arm of Michael Bloomberg, founder and majority owner of parent company Bloomberg News.

California cities are taking the lead in these programs. Compton, south of Los Angeles, rolled out its full program last week, with 800 families receiving $ 300 to $ 600 a month. Oakland and San Francisco also recently outlined the details of their projects.

In San Francisco, grants and some hotel tax revenues will be used to pay monthly payments of $ 1000 to approximately 130 artists for six months starting next month. The organizers said that the pilot project is for the first time focused exclusively on artists. This summer, Auckland will use private donations to fund its income security program, providing $ 500 a month to approximately 600 poor families.

Yet most Americans oppose the federal government's guaranteed basic income, according to a Pew Research Center poll last year. Support for this policy is much higher among Democrats, youth, blacks, and Hispanics. Nearly 80% of Republicans and Independent Republicans oppose the idea that the federal government should provide a basic income of $ 1000 a month.

Stockton, about 80 miles (128 km) east of San Francisco, gave out $ 500 a month for two years to 125 families. A first-year study found that recipients are more than twice as likely to be in full-time employment as those who are not paid, according to income-guaranteed mayors. The beneficiaries were also less anxious and depressed compared to the control group.

Beneficiaries of the Los Angeles program, which Garcetti calls "Guaranteed Basic Income: The Los Angeles Pilot Economic Assistance Program," or "Great Leap Forward," will be asked to participate in research to assess the impact of payments on their lives. The mayor said he intends to provide $ 3,5 million in additional funding to study the results.

Ultimately, the cost of such programs will be too high for cities to finance alone, he said. But with evidence that it works, states and the federal government could be inspired to fund the programs, Garcetti said.

“Everyone said, 'You give people money, and they are going to buy even bigger TVs,' Garcetti said. - Stockton has shown that this is not true. Low-income Americans know what to do with additional resources to improve health and wealth, but too many of them are caught up in the cycle of poverty. ”

Why aging is beneficial in the USA: tax breaks for people aged 50+