Home In the U.S. What to do if you receive a letter from the IRS threatening to confiscate funds 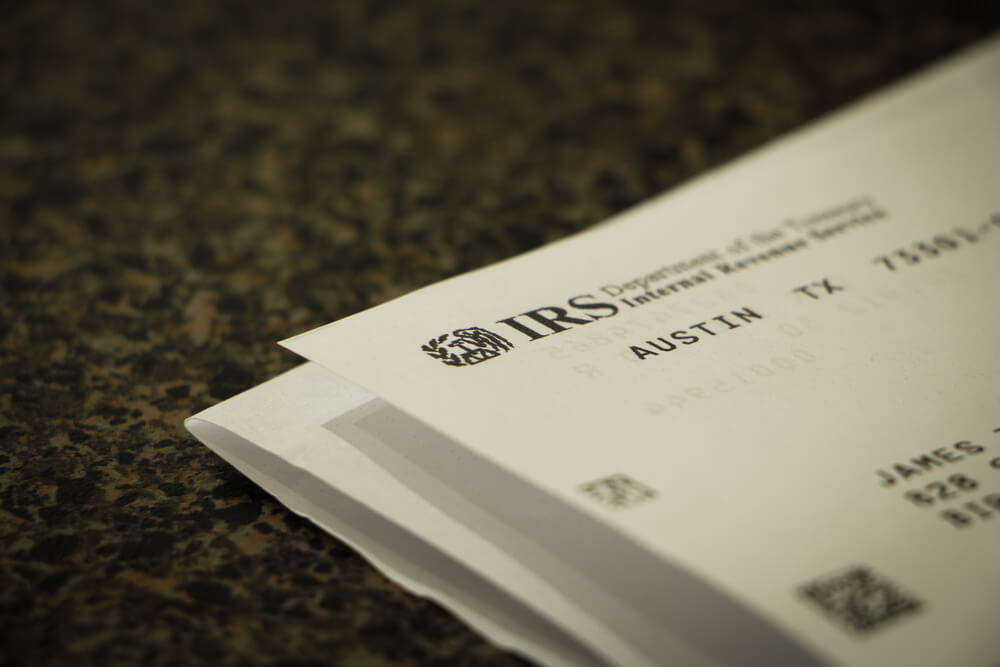 As recently as this fall, the IRS issued a so-called "tax intent notice" to taxpayers with outstanding balances.

The letter warns recipients that if they do not pay the amount due immediately, the agency will confiscate their state income tax refund and apply it to the amount due.

It could be worse further. The notice also warns that the agency may seize property rights, including wages, bank accounts, social security benefits, and personal assets.

Unpleasant surprise: Some taxpayers receive this notice even if they mailed a paper check to the agency or their tax specialist sent in documents asking for a reduction in fine the first time.

“It's disappointing,” said Brian Streig, chief accountant and chief tax officer at Calhoun Thomson + Matza in Austin. - People have already responded, but the IRS has not processed this letter. We sent the requested documents, we answered the questions, and they act as if we didn’t react. ”

According to IRS spokesman Eric Smith, the agency is looking into the matter.

“Taxpayers and tax professionals in this situation should call the toll-free number listed on their notifications to get help,” he said.

“We value the patience of taxpayers and their representatives in the light of the circumstances, and we will work with them to resolve cases as quickly as possible and provide appropriate compensation where needed,” Smith said.

On the subject: The IRS admitted that it mistakenly sent financial aid checks to citizens of other countries

Delay and pause in sending notifications

The IRS has accumulated a huge amount of undiscovered correspondence this year. In the summer alone, that's 12 million unopened mail, according to House Affairs Committee Chairman Richard Neal.

The pandemic broke out as taxpayers prepared to file their 2019 tax returns and many IRS officers were sent home to minimize the spread of the virus.

Due to the coronavirus, the agency has suspended some "balance owed" notices, including "intent to charge fees," starting May 9. The IRS resumed mailing these letters at the end of October, so many received them recently.

While taxpayers have the option to pay online, the question arises whether it makes sense to do so when a paper check is already in line in the mail, or if it needs to be paid even if they dispute the amount due.

For example, Dan Herron, CPA and head of Elemental Wealth Advisors in San Luis Obispo, California, has a client who owes $ 3600 and was fined for being late. Because the client otherwise has a good reputation with the IRS, Herron, by certified mail, requested a reduction in fine the first time.

Although Herron says he has a receipt from the US Postal Service confirming that the letter was delivered, the client still received a “notice of intent to collect tax” from the IRS in early November. After the client spent 2,5 hours waiting with the tax inspector, Herron recommended that the amount owed be paid to avoid the accrual of penalties and interest, and for now move on, and later ask to withdraw the payment.

While there is access to the IRS through a dedicated hotline, it has been difficult to reach a representative by phone in recent weeks. This makes it difficult to deal with these “notices of charges”.

“Trying to talk to the IRS right now is problematic,” said Ann Kummer, accountant and partner at Kirshon & Co. in Poughkeepsie, New York. "We can fax to the IRS while we are talking to them on the practitioner priority line, but it is still difficult to get through."

Practitioners also need a power of attorney to contact the IRS on behalf of a client, Kummer said, which can add more time to negotiating with the tax inspector. The taxpayer must file a form with the agency to authorize the professional to represent him to the IRS.

“Power of attorney processing is also extremely delayed, in many cases it takes six weeks or more,” said Kummer.

After several attempts, Streig of Calhoun Thomson + Matza was able to contact the IRS by phone shortly before Thanksgiving, and the agency suspended notice of intent for two clients.

“The representative could see that the client's response was received back in June, but no one opened it until last week,” he said.

Don't do it yourself

If you receive a notice by mail, you should call your tax professional first. Since these notifications are generally time-dependent, you should avoid using mail - both to reply to the agency and to send payment.

“You can reply in writing, but there’s no chance that they will open the mail before the deadline,” Streig said. "You will definitely need help with this."

When it comes to the IRS, never assume that no news is good news.

“If you are in debt and haven’t heard from the IRS for several months, you have to be proactive and aggressive,” said Lewis Taub, CPA, director of tax services at Berkowitz Pollack Brant Advisors + CPA in New York.

“If you owe money to the IRS, let it be your initiative and you should contact your tax specialist,” he said.

If you have tax debt, wait for an IRS agent to visit

Millions of people have not yet received quarantine financial assistance: only 2 weeks left