Home In the U.S. Safer than going to the store: in the US held 'antivirus' rock concerts in balloons

Rock group The Flaming Lips staged two unique concerts in Oklahoma, during which both performers and spectators were in individual balloons. Air force. 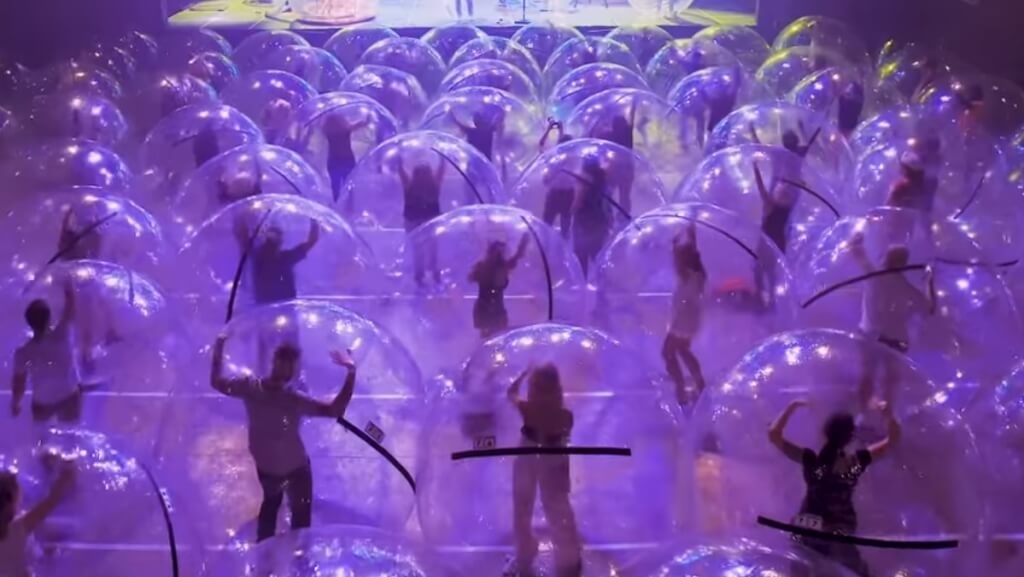 Each show had 100 balloons that could accommodate up to three people.

The concept originated with the band's frontman Wayne Coyne. He explained his idea by the fact that at the concert people will be "safer than during a trip to the store."

An additional speaker was placed inside each ball to improve the sound, as well as a bottle of water, a battery-powered fan, a towel, and a “I need to go to the toilet / it's too hot in here” sign.

On the subject: Antiviral jeans and clothing for Zoom: fashion inventions of the pandemic era

If it got too hot, the balloon was filled with cool air, and spectators who needed to go to the toilet were accompanied by employees of the establishment, as soon as they put on the mask and left their cocoon.

The organizers assure that each balloon contained enough oxygen for three people to breathe for over an hour. Although I had to wipe the condensation with a towel.

At the end of the show, the balloons rolled up to the door, the audience put on masks and then they were released.

“Safety, security, and more safety,” Coyne explained to fans. "But fun too!"