Home Page Educational program Is it possible to get infected with coronavirus at public events: a study

An experimental concert was held in Leipzig three months ago to learn more about the spread of coronavirus at public events and reduce the risk of infection. The results are now available, writes DW. 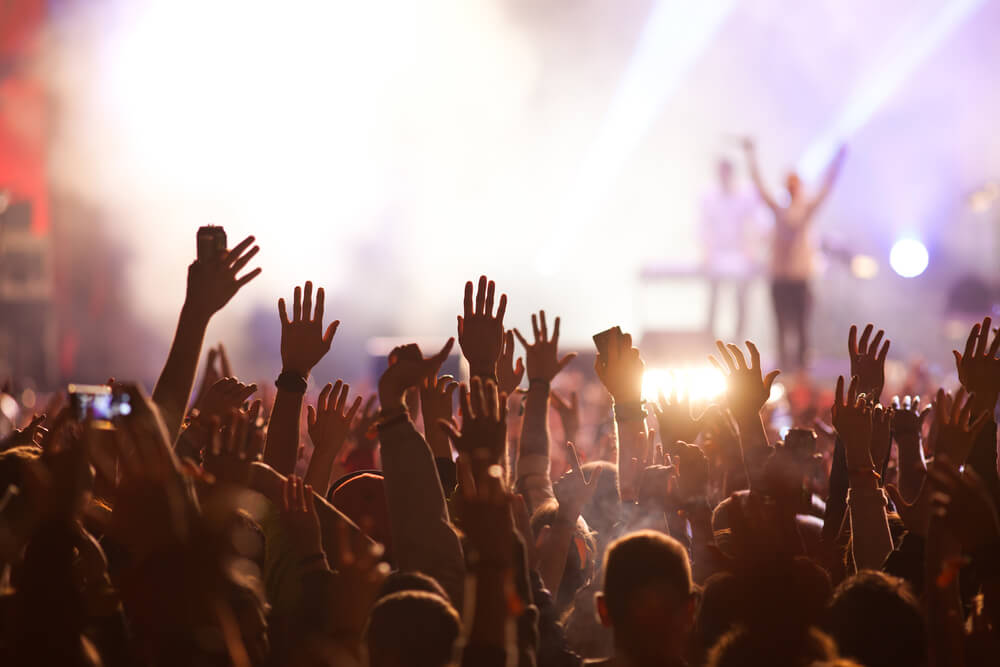 Test concert in three parts - three scenarios of a scientific experiment. By creating different conditions for the public, scientists from Halle-Wittenberg University wanted to find out the risks of contracting coronavirus infection at a mass event in an indoor environment. German pop singer Tim Bendzko agreed to take the stage in scientific interests. The concert, which took place in August, attracted about 1200 volunteers.

All spectators passed the COVID-19 test in advance and during the concert were wearing FFP2 class protective masks. The results of the study were published very recently, when a soft lockdown was announced in Germany due to the increase in the number of infections and cultural events were canceled throughout the country. "You can't imagine a better drama," joked Professor Michael Gekle, dean of the medical school at the University of Halle, at a press conference. According to him, the study caused a great resonance in different countries.

A concert with minimal risk

As part of the RESTART-19 project, each viewer was equipped with a special sensor, with which it was possible to track his movements and the path of aerosols - small particles that enter the air when breathing and may contain a virus, as well as the distance between viewers with an accuracy of several centimeters. The viewers who participated in the first part of the experiment were seated close to each other, as before the pandemic. There were no restrictions other than masks.

The other two groups of spectators sat at a distance, first less, then more from each other. Using a computer simulation, scientists have recreated the air supply system in the arena and simulated the spread of coronavirus infection with different ventilation options. We also tried different concepts of organizing the entrance and exit of the audience, in particular, the third concert had four times more entrances than the first.

The general conclusion of scientists: mass events carried out in compliance with measures of hygiene and good ventilation have almost no effect on the overall increase in the number of infections. If such events were attended by 100 thousand people a month, then 0,4-2,3 percent of viewers would be infected with them, depending on the severity of sanitary measures. In the worst case, that is, in the absence of masks, social distance and poor ventilation, the number of infected can reach 23 percent.

Based on the results of the study, the head of the department of infectious diseases at the University Hospital Halle, Stefan Moritz, voiced a number of recommendations for holding safe concerts and other public events in a closed arena in a pandemic. Scientists advise against collecting full halls: it is better to limit the number of viewers depending on the actual data on the number of infections. In addition, it is safer to hold concerts with seated instead of standing, as it is easier to fix the distance between the audience. The third recommendation: it is better to increase the number of entries, because, first of all, while waiting in line, contacts are longer and closer, which contributes to the spread of coronavirus infection.

Study leader Moritz notes the importance of wearing masks throughout the event. During a survey of project participants, it turned out that the vast majority are ready to wear them, although preference was given to ordinary cloth masks. And such fabric masks, according to scientists, would be sufficient - the main thing is that food and drinks are allowed only in seated places. It is also important that there are employees who would monitor the observance of hygiene rules. Of particular importance to prevent the growth of morbidity is the use of an air supply system that meets modern standards.

According to scientists from Halle, avoiding cultural events is not a solution to the problem. A hygienic concert is safer than a wedding with a large number of guests, they are sure. Therefore, the head of the study, Professor Moritz, urges, despite the complexity of the current situation, to adequately use the new data. At the same time, scientists do not exclude that at a big football match or any other major event, the situation may differ from the one they modeled. Still, it was just an experiment, and its participants strictly adhered to all the rules.

Symptoms as with COVID-19: in Colorado, a woman was diagnosed with a rare deadly virus

A negative test does not guarantee that you do not have COVID-19: how to know for sure