Home At home End of war in Nagorno-Karabakh: Armenia and Azerbaijan signed a peace agreement

End of war in Nagorno-Karabakh: Armenia and Azerbaijan signed a peace agreement

The Presidents of Russia and Azerbaijan Vladimir Putin and Ilham Aliyev, as well as Armenian Prime Minister Nikol Pashinyan signed a joint statement on the cessation of hostilities in Nagorno-Karabakh. According to the agreement, Russia will introduce its peacekeepers into the area of ​​hostilities, and Armenia undertakes to return the Agdam, Kelbajar and Lachin regions to Azerbaijan by November 20. The edition told in more detail with the BBC. 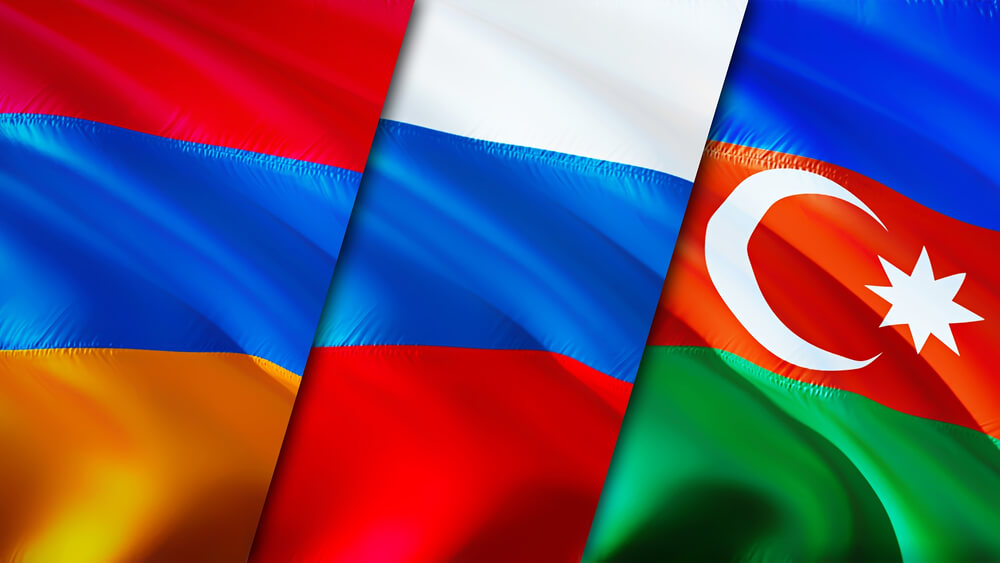 “A complete ceasefire and all hostilities in the zone of the Nagorno-Karabakh conflict are announced from 00:00 Moscow time on November 10, 2020. The Republic of Azerbaijan and the Republic of Armenia, hereinafter referred to as the Parties, stop at their positions, ”the document says.

In total, it is planned to deploy 1960 Russian servicemen with small arms, 90 armored personnel carriers, 380 units of automobile and special equipment. The term of stay of the peacekeeping contingent is 5 years with the possibility of automatic extension. On Tuesday, November 10, 10 planes with Russian troops were sent to the conflict area.

“The text of the statement is very painful for me personally and for our people. I made this decision as a result of a deep analysis of the martial law and assessment of people who have the best command of the situation, ”Pashinyan said in his statement. Facebook page.

President of Azerbaijan Ilham Aliyev also addressed the people. He stated that the agreement meets the interests of the peoples of both Azerbaijan and Armenia. Aliyev listed the terms of the agreement and declared it a victory in the Karabakh war.

According to him, "the active military phase is over, the political phase is beginning."

“We have proved that there is a military solution to the conflict,” the Azerbaijani President added. According to Aliyev, "both Russian and Turkish servicemen will be represented in the peacekeeping center in Karabakh."

What did the parties agree on

In addition, the document published by the Kremlin says that:

“This is not a victory, but not a defeat either. There will be no defeat until you yourself admit that you are defeated, ”Pashinyana said. - We will never recognize ourselves as defeated, and this should be the beginning of the era of our national unity, revival. We must analyze the years of our independence in order to plan our future and not repeat the mistakes of the past. "

In fact, this state of affairs plays into the hands of Azerbaijan, and many experts argue that it was he who, in fact, won the war. Since, thanks to the capture of the southern part of Karabakh, Azerbaijan gained access to the Nakhichevan enclave, which had been cut off by Armenia long ago. And although the route to the enclave is essentially Armenian, it will be controlled by the Russian security forces. Also, Azerbaijan managed to regain control of the city of Shusha, which was the capital of Nagorno-Karabakh within Azerbaijan. This, in turn, made it possible to gain control over the important Shusha-Lachin highway.

Soon after it became known about the signing of the peace agreement on Nagorno-Karabakh, a mass protest action began in the center of Yerevan, the participants of which are dissatisfied with the terms of the agreement. Several thousand people gathered in the square in front of the government building, who broke through the cordon and burst into the complex.

Several dozen people smashed doors and windows in the building, and tore off a plaque from Pashinyan's personal office. Aggressive people break down office doors. A small group of determined people tried to storm government buildings.

“One of them has just burst into the building. People come in. So far, everyone is generally peaceful, but very angry. Hundreds of people have gathered in Republic Square. While most of them behave peacefully. Sometimes the crowd chants something, sometimes it just stands, passing cars honk. Most of the audience is just watching what is happening, "- reported correspondents from the scene.

Those gathered demanded a change of government.

“These people consider these conditions and this consent of Nikol Pashinyan to be a betrayal - or even a surrender of Armenia. They are confident that they have to fight to the end - and they are confident of victory. This confidence could have been fueled by statements by Defense Ministry officials that things at the front are not so bad, ”the journalists say.

The police did not interfere with the actions of the demonstrators. Some of the demonstrators in Yerevan went to the government dachas where Pashinyan lives. Law enforcement officers guarding the territory said that the prime minister was not at home, and that clashes occurred from time to time between the police and demonstrators. In addition, the demonstrators broke into the building of the Armenian parliament and occupied the conference hall. “We demand Nikol Pashinyan. Who gave him the right to sign this? ”, - said the protesters.

A group of demonstrators also pulled out of their service car and beat the speaker of the Armenian parliament Ararat Mirzoyan. Now he is hospitalized with injuries, nothing threatens his life.

Loss of Shushi and downed helicopter

The situation in Nagorno-Karabakh began to change rapidly after Azerbaijan managed to take control of the strategically important city of Shusha, which is located on the approaches to the capital of the unrecognized NKR Stepanakert. Aliyev announced his capture on Sunday, November 8. Armenia initially denied that control over the city was lost, but then admitted it.

At the same time, the Azerbaijani military on Monday, November 9, shot down a Russian Mi-24 helicopter over the territory of Armenia, two crew members were killed, one was taken to hospital with moderate injuries. According to the Russian defense department, the helicopter was shot down from the ground from a portable anti-aircraft missile system outside the war zone.

Azerbaijan apologized to Russia and offered to pay compensation. The Azerbaijani Foreign Ministry said that the incident "was of the nature of an accident and was not directed against the Russian side."

Protests in Yerevan continue, politicians seek a way out of the crisis

The last night in Yerevan was stormy and nervous. After the terms of the peace agreement were announced, which effectively meant the defeat of Armenia in the war, the protesters destroyed the buildings of the government and parliament.

By morning everything was quiet, but then a group of protesters gathered again outside the parliament building, broke into it and demanded that the deputies gather and denounce the peace agreement signed by Prime Minister Nikol Pashinyan.

These people consider such an agreement a betrayal on the part of the prime minister, not wanting to admit that it is the result of defeat in the war. They believed to the last that the Armenian army in Karabakh would hold out and win. This belief was largely fueled by the cheerful - and very far from reality - statements by the Ministry of Defense about the situation at the front.

They are not yet convinced by the words of the head of the unrecognized NKR, Arayik Harutyunyan, who said in a video message that if the war continued, the Armenians would be completely defeated within a few days.

Silence fell in Karabakh today - for the first time in 45 days. No fighting, no shelling. And the first columns of equipment of the Russian peacekeepers entered Karabakh in the morning.