Home At home For the first time in history: the conflict in Nagorno-Karabakh took an unexpected turn

The Azerbaijani armed forces attacked the territory of Armenia, destroying the missile system ready for launch. The fact of the blow was recognized by both sides. Writes about it RBC. 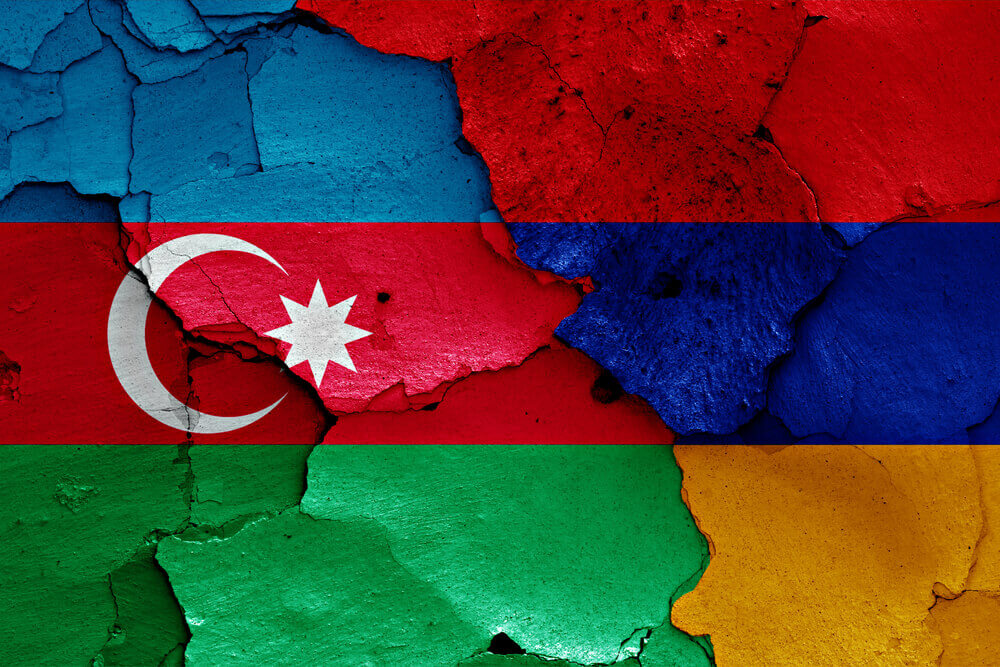 “On October 14, at about 08:36, the Armenian armed forces recorded the deployment of another operational-tactical missile system with ballistic missiles in the border regions of Armenia near the occupied Kalbajar region of Azerbaijan. Operational-tactical missiles were aimed at Ganja, Mingachevir and other cities of Azerbaijan with the aim of inflicting casualties among civilians and destroying civilian infrastructure, ”the Azerbaijani Defense Ministry said.

“In order to ensure the safety of the civilian population as a legitimate military target, the missile system located at the launch site was disabled by an accurate preemptive strike,” the Defense Ministry said.

The Armenian Defense Ministry stated that the blow was struck "only on the basis of assumptions that this technique was ready to strike at peaceful settlements of Azerbaijan."

“It is superfluous to note that this statement of the Azerbaijani Defense Ministry cannot have any substantiation. In fact, the military-political leadership of this country allows itself only on the basis of assumptions to fire at the military equipment located in the territory of the Republic of Armenia and carrying out normal combat duty, ”the Armenian military department noted.

On the subject: Over 100 thousand Armenians marched in California to march in support of Nagorno-Karabakh

They added that "from now on, the armed forces of the Republic of Armenia reserve the right to attack any military object or movement on the territory of Azerbaijan according to the same logic," the responsibility "for the process of changing the combat zone" in Yerevan was assigned to Baku.

The Azerbaijani military also noted that at 01:00 "in the same direction" missile systems were destroyed, which were brought to the starting positions.

For the first time in the history of the conflict

This is the first case when both sides recognize the fact of an attack on the territory of Armenia proper, outside the unrecognized Nagorno-Karabakh and adjacent regions of Azerbaijan, writes with the BBC.

At the very beginning of the war, Armenia announced an air raid on its border town of Vardenis, during which a Turkish fighter allegedly shot down an Armenian attack aircraft, but did not provide convincing evidence of this.

Azerbaijan, on the other hand, claims that Armenia is shooting rockets from its territory at its cities, but the public has not yet seen evidence of this either.

In addition, this case could theoretically have international political consequences. Armenia is part of the military alliance of the CSTO with Russia, and a confirmed strike on its territory (and not on the territory of unrecognized Nagorno-Karabakh) may become a reason for Russia to intervene in the conflict on the side of its ally.

True, so far Russia has tried to balance between the warring parties and play the role of mediator.

Russian Defense Minister Sergei Shoigu called on his colleagues in Armenia and Azerbaijan David Tonoyan and Zakir Hasanov to fully implement the agreement on Nagorno-Karabakh reached in Moscow.

Russian Foreign Minister Sergei Lavrov also commented on the situation. He spoke about how he sees a political solution to the Karabakh conflict.

He called the first stage the liberation of five regions around Karabakh while observing the security guarantees of Karabakh. Then the unblocking of communications, connections, transport contacts and the deployment of peacekeepers on the line of contact. The second stage is determining the status of Nagorno-Karabakh.

This vision corresponds to the proposals on the basis of which negotiations on a peaceful settlement between Armenia and Azerbaijan are being conducted with the mediation of the OSCE Minsk Group (co-chairs - Russia, USA. France).

But the head of the Russian Foreign Ministry also called for the deployment of Russian military observers on the line of contact.

In his address to the nation, Prime Minister of Armenia Nikol Pashinyan addressed the issue of returning the five occupied regions to Azerbaijan as a condition for resolving the conflict, as stated by Russian Foreign Minister Sergei Lavrov.

Pashinyan said that during the negotiations, official Baku demanded the return of five regions not in exchange for determining the status of Nagorno-Karabakh, but in exchange for peace. According to Pashinyan, this is unacceptable, and his government refused to discuss these concessions.

“In the negotiation process, Azerbaijan has reached the point where it has put a demand for the Armenian people to give up their own rights, return five of the seven regions, present specific deadlines for the surrender of the remaining two regions, any status of Nagorno-Karabakh must be determined within Azerbaijan,” the Armenian leader said ...

“In addition, the clarification of the status should not have been linked to the process of handing over the territories. The territories were to be surrendered in exchange for peace. Our government, which received this base of negotiations as a final document from the previous authorities, refused such a discussion, because it was unacceptable, ”Pashinyan said.

'They are killing our people': the Armenian diaspora protests in Los Angeles