Home In the U.S. California resident beat 92-year-old immigrant, demanding to get home

Rodolfo Rodriguez, 92, was strolling along his Los Angeles block on July 4 when he ran into a little girl while trying to get around her on the sidewalk near the house. The child's mother pushed the elderly man to the ground with force and began hitting him in the face with a brick, police said. At the same time, the woman shouted: "Get out to your country, what are you doing here?" 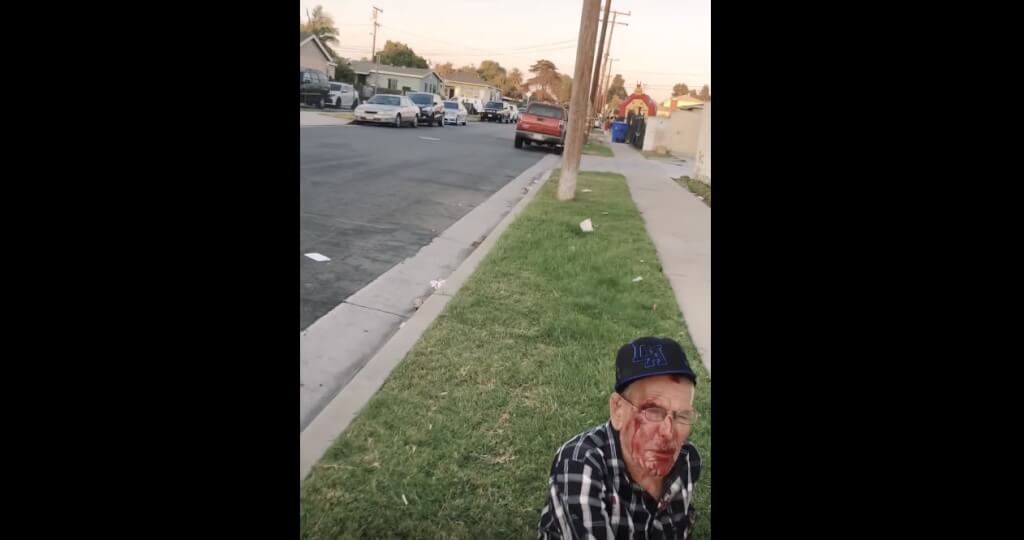 The neighbor of an elderly Mexican-born, Misbel Borjas, after a woman’s hysteria, four men ran up to Rodriguez and started kicking him, writes New York Post.

Borjas posted a video on his Facebook account showing the aftermath of the attack - an elderly man wearing a Los Angeles Dodgers hat sits on the ground with blood flowing down his face. A large pool of blood on the grass next to him is also visible in the frame. Rodriguez, a legal resident of the United States, suffered serious injuries: broken ribs, a mutilated face, a broken cheekbone, bruises all over his body.

“How can you beat a 92 year old man? What threat does he pose to you to do this? ”Asks the victim's grandson Eric Mendoza.

More than a thousand people donated more than 37 thousand dollars for the treatment of his grandfather during the campaign that his family organized on Monday. Police are looking for a woman and four men who took part in the beating.

The Los Angeles County Sheriff expressed concern about the incident: “We are especially alarmed by the type of crime they committed. We cannot allow such people to walk our streets. ”

"Once my husband pushed me out of a moving car": how marriage with an American turned Russian life into hell

In Brooklyn, a famous professor was beaten to death