Home Educational program Air rage: why people become aggressive in airplanes and how to protect themselves

Many have observed this situation: unexpectedly, one of the passengers aboard the plane goes berserk for a minor reason, from the small distance between the seats to the unsuitable temperature of coffee served by a flight attendant. The attack may be accompanied by aggression towards people and objects around. This condition is well known to workers in the airline industry and is called air rage. 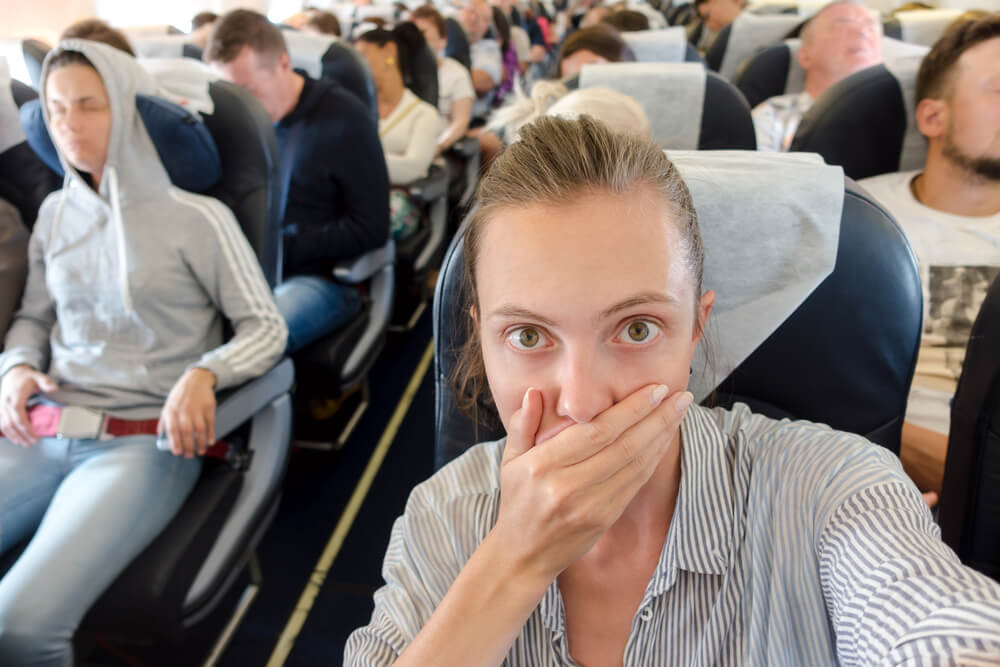 Air rage, writes The Express Tribune, Is a tendency to be more aggressive on airplanes. As a rule, people around do not expect from people (and some do not expect from themselves) such an overreaction to minor inconveniences: it seems that flight still affects a person's temperament. Flight attendants complain that the number of cases of air rage is on the increase, and very little is done before flights to prevent such situations, as well as to inform passengers about the condition.

About 4000 incidents happened last year, but only a few aggressive passengers were fined, reports ABC News... According to the International Air Transport Workers' Union, only half of the airlines have policies aimed at preventing air rage. Only a third of companies conduct classes with their employees, teaching them how to handle aggressive passengers. Other airlines rely on passenger assistance.

Huffington Post explains: the majority of air rage attacks are caused by the passenger’s concern that he cannot control the situation and influence anything while in a flying airplane.

“Anger comes when you feel a lack of control,” says Dr. Martin Seif, a psychologist specializing in fear of flying. "In fact, we never completely control anything, but in flight this feeling intensifies."

If you find yourself on a plane next to a terrible neighbor or a child who knocks on the seat, perhaps more than ever, you understand how powerless you are. Not everyone reacts with bouts of aggression - but that happens. Especially if the passenger decided to cheer himself up with alcohol, increasing the already violent emotions.

In addition to problems with control in the sky, air rage may have other reasons:

According to a psychologist from Boston University, Tom Cottle, the plane is one of the few places where a free person is continuously told what to do and what not to do: check in your luggage, fasten your seat belts, do not get up, do not smoke. This infuriates not only the economy class passengers nestling in the tail of the aircraft. First-class passengers will not tolerate any comments or instructions made by a flight attendant. They paid a lot of money for the ticket and believe that anything can be demanded for it. In addition, they are accustomed to give orders themselves, and not to obey the orders of some stewardess.

Why is it dangerous

Air rage is not just an annoying factor that creates discomfort for passengers and crew. In a confined space in the sky, an uncontrolled rage can injure others, damage the aircraft, and even crash. In addition, a person who rages in an airliner cannot be asked to leave or simply put him out - for this you need to land.

Most often, in a fit of air rage, people attack those who are nearby, some try to destroy everything they can reach, make attempts to break into the cockpit and attack them. These actions do not necessarily indicate the attacker's terrorist plans - usually it is an attack of senseless aggression.

Portrait of a "furious" air passenger

The British Air Transport Association tried to paint a portrait of a typical airplane behavior violator: 78% of them are men, 66% of the offenders are people between the ages of 20 and 30; 95% are economy class passengers; 43% "play naughty" in a state of alcoholic intoxication; 33% expressed a desire to smoke; 11% showed physical violence. It turns out that the typical “aircraft crazy” is a tipsy guy from economy class who desperately wants to smoke.

From what it all began

The phenomenon of "air rage" first gained public attention after a high-profile incident in December 1997, says Merchant... A US Airways passenger flying from Baltimore to Los Angeles, Dean Trammel, began walking down the aisle and yanking passengers by the shoulders, saying, “Touch me and you will live forever. We will go to heaven together. ”

Stewardess René Schaeffer, a former nurse, immediately diagnosed acute psychosis. She did not argue with him or threaten, but simply escorted Trammela, who claimed that he was Jesus Christ, in the back kitchen compartment, away from the rest of the passengers who began to loudly complain about the behavior of a madman. She spoke softly to him and seemed to be able to calm him down. He closed his eyes, knelt, and began to pray quietly.

Suddenly he jumped up and declared: “I must bless the pilots. I have to give them a message. ” Despite Schaeffer's persuasion, the newly minted Jesus rushed to the cockpit. The front cabin stewardess managed to block the door, but the passenger knocked her down, she bumped and lost consciousness. At this time, Schaeffer caught up with him, which he easily lifted up and with force threw on the front seats. (As a result, she suffered multiple fractures, back injuries, kidney and stomach injuries. She underwent three operations and returned to work only two years later.)

Two free pilots, with the help of passengers, knocked Trammel to the floor and tied him up. However, despite the fact that the entire cabin was covered in blood and two employees were seriously injured, the court sentenced Trammel to only $ 1,5 in a fine and 150 hours of community service, since he was declared insane. At the same time, the court did not take into account that before the flight, "Jesus" was fortified with a hefty portion of LSD. 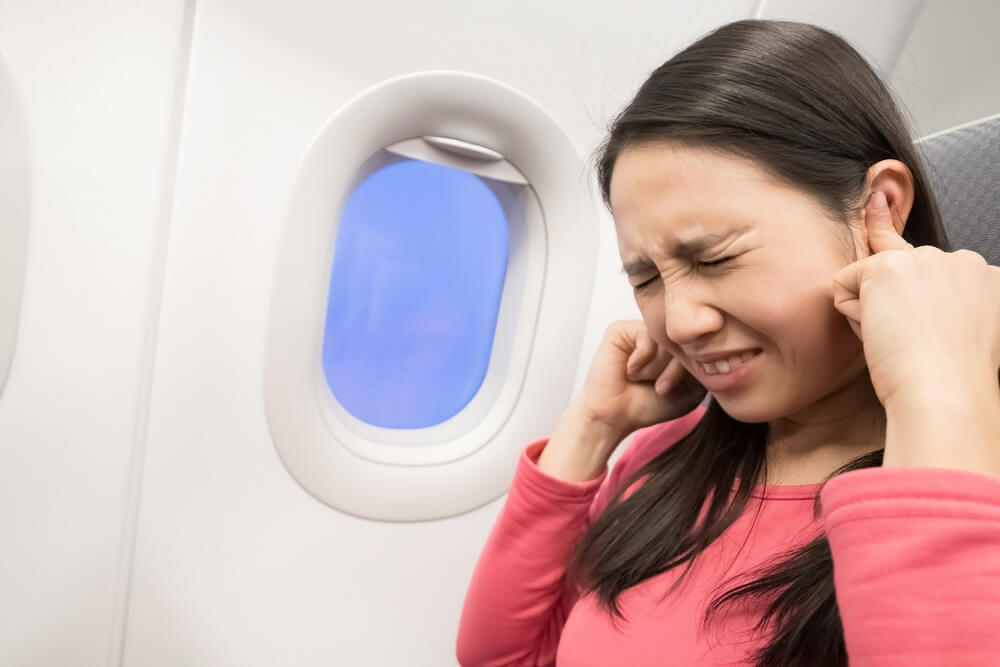 Other, no less striking examples of "air rage":

Scotdir.com offers to try to keep calm during the flight. Imagine that you treat others like your grandmother, who leads you to church. Be attentive, courteous, respectful, sober and unbiased to the views of others.

If this does not work, use the same methods of managing anger as in any other situation: neutral body language, innocuous words, avoid confrontational postures, gestures or words, do not speak down, deliberately slow breathing and speed of conversation. Do not respond quickly or without hesitation.

Be willing to compromise if someone near you conflicts with your own. Just agree with him on the travel time - it's better than changing places and wasting the rest of the trip for fear of bumping into this person again. But remember that you paid for the same trip and travel class as the rest, you deserve the same level of respect and equal service from the flight attendants, so don't jeopardize your own rights too much.

As with any disagreement, sometimes a third party is needed to intervene and solve a problem, so don’t be afraid to ask the crew for help. Be prepared to make a team decision with respect, even if you don’t like it too much.

And one more tip: if you feel that it is you, try to distract yourself from the thought of where you are and what is happening around - turn on a movie or music, focus on reading books, or alternately strain and relax different muscle groups, concentrating on each of them. 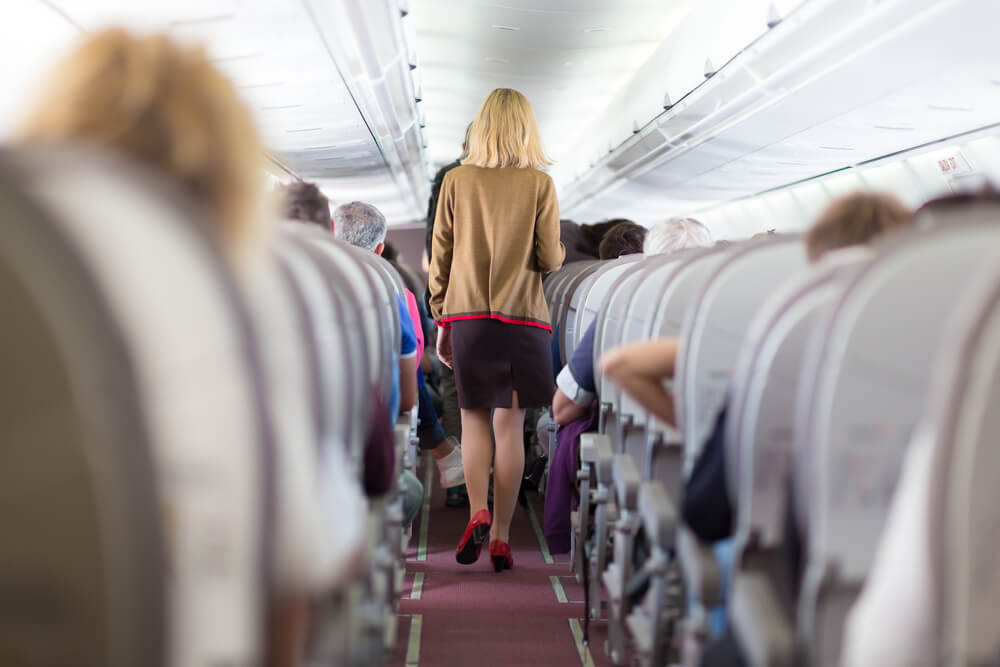 How to travel in America by plane budget

How to prepare for a plane crash? Passenger Instructions