Home Page In the U.S. Trump's neighbors opposed his return to the Florida residence

The closest neighbors of Mar-a-Lago, President Trump's private club in Palm Beach, Florida, which he called his winter White House, have something to say to the outgoing commander in chief: "We don't want you to be our neighbor." Writes about it The Washington Post. 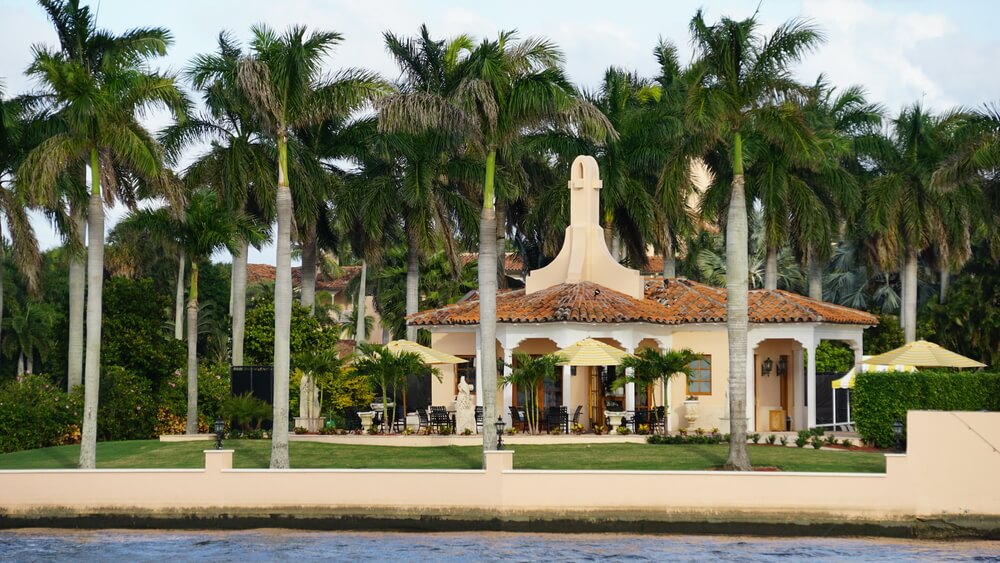 This message was officially broadcast on December 16 in a letter addressed to the Palm Beach City Administration and the US Secret Service. The letter claimed that Trump had lost his legal right to live in Mar-a-Lago due to an agreement he signed in the early 1990s when he converted the legendary estate from a private residence to a private club. The legal maneuver could finally compel Palm Beach to publicly consider whether Trump can make Mar-a-Lago his rightful place of residence, as is supposed to happen after Joe Biden's January 20 inauguration.

These circumstances create a potentially inconvenient scenario, unique in recent history, in which a former resident of the Oval Office finds himself having to formally defend his choice of residence after his presidency. This could pose a serious problem for Trump, because he changed his official residence to Mar-a-Lago, leaving Manhattan, where he lived before being elected president. (Trump originally tried to register to vote in Florida using the White House in Washington DC as his address, which is prohibited by Florida law. He later changed his registration to Mar-a-Lago.)

In a letter of demand received by The Washington Post, a lawyer for Mar-a-Lago's neighbors says the city must notify Trump that he cannot use Mar-a-Lago as his place of residence. Such notice would “avoid an embarrassing situation” should the outgoing president move to the club and then have to leave, according to a letter sent on behalf of the neighbors, the DeMoss family, which runs an international missionary fund.

For years, various neighbors have expressed concern about traffic jams and blocked streets due to the president's frequent visits to the club. Even before he became president, Trump caused some ill-will in the city when he refused to comply with even basic local requirements, such as observing the height restrictions for the huge flagpole that he installed.

"There is absolutely no legal theory that he can use this property for both his residence and club," said Glenn Seitz, another Palm Beach homeowner who has joined the fight against Trump and has previously clashed with him from - for Trump's attempts to take over a private home in order to expand the casino in Atlantic City.

On the subject: Business, party and elections in 2024: what will Trump do after leaving the presidency

A White House spokesman and the Mayor of Palm Beach did not respond to requests for comment. To date, Palm Beach has made no public attempt to prevent Trump from living in Mar-a-Lago or using it as his legal address.

"There is no document or agreement prohibiting President Trump from using Mar-a-Lago as his residence," a spokesman for Trump's business organization said on condition of anonymity.

The current residency dispute dates back to a deal Trump struck in 1993, when his finances were dwindling and the cost of running Mar-a-Lago soared to several million annually. By agreement, club members are prohibited from spending more than 21 days a year in the club's guest apartments and staying there for more than 7 days in a row. Before the deal was struck, Trump's lawyer assured the city council in a public meeting that his client would not be living in Mar-a-Lago.

At the time, city officials feared Trump because he sued them after they blocked his attempt to divide the historic Mar-a-Lago property into multiple lots. The imposition of restrictions on the length of stay ensured that Trump's property remained the private club, as he promised, and not a residential hotel.

Documents obtained by The Post suggest that there may be gaps in Palm Beach's compliance with key provisions of the agreement that could affect Trump's ability to live in the club. Each year, the club must report whether at least 50% of Mar-a-Lago members live or work in Palm Beach; that the club has less than 500 members and no one uses the guest suite for more than 21 days a year. However, the city says it has no record of records for 4 of the past 20 years.

Trump has repeatedly tried to change parts of his agreement. In 2018, he asked city officials to lift a provision that prohibited him from building a jetty at the club, saying the Secret Service and local law enforcement needed the facility to protect him. Later, the reasoning was changed, and the pier was used for personal purposes by the President and the First Lady. Neighbors feared that they would use it for booze cruises. Trump withdrew the request for a berth earlier this year - three days after a Washington Post report disclosing details of his 1993 agreement with the city.

On the subject: Trump plans to run for president in 2024

According to the Post's calculations, Trump traveled to Mar-a-Lago at least 30 times during his presidency and spent at least 130 days there. There is no public evidence that the city objected. Trump also appears to be openly defying the agreement, stating on the Mar-a-Lago website that he has private premises there.

During Trump's presidency, Palm Beach showed respect for security issues by allowing the use of a helipad, which was expressly prohibited in the 1993 agreement. Once Trump leaves office, he will no longer be able to use the helipad.

The 1993 accord is not the only document that raises questions about whether Trump can legally reside in Mar-a-Lago. He also signed a document transferring the development rights of Mar-a-Lago to the National Heritage Preservation Foundation, a Washington-based, privately funded non-profit organization dedicated to saving historic sites across the country. As part of the deal, Trump agreed to "permanently" relinquish his rights to develop Mar-a-Lago or use it for "any purpose other than a club."

The controversy over Trump's pending move to Mar-a-Lago could confuse matters for the Secret Service, which will continue to defend him after he leaves office. Governments are working hard to comply with federal and local laws in their operations, and a legal dispute over Trump's right to settle in Mar-a-Lago could complicate their current job.

The Secret Service is preparing for Trump's post-White House life and the protection he should legally receive as an outgoing president. A greatly reduced recruitment of Secret Service agents will follow him in his private life, and the agency will occupy a separate room on his property as a base for security operations.

The service will need to take care of the accommodation of its agents before Trump leaves the White House - wherever he settles. If he suddenly fails to live in Mar-a-Lago, the Secret Service will likely have to quickly devise a new plan to protect him elsewhere.

Mar-a-Lago's neighbors will be happy if Trump finds a new place to live. Their letter, written by attorney Reginald Stumbo, said: "There are many wonderful properties for sale in Palm Beach, and we are confident that President Trump will find something that meets his needs."

Seven states have an electoral conflict: some for Biden, others for Trump