Главная Selected articles in English Maksym Pastushenko – a Ukrainian retoucher and colorist that gained fame in the U.S.

Maksym Pastushenko – a Ukrainian retoucher and colorist that gained fame in the U.S.

In the global field of retouching, very few other experts in the field are as sought after and well-recognized as Maksym Pastushenko, a Ukrainian retoucher that has lended his talents to some of the most iconic magazines and global publications circulation around the world, as well as award winning and leading establishments. Today, Maksym runs his own, personally founded retouching company “Color Consulting”. 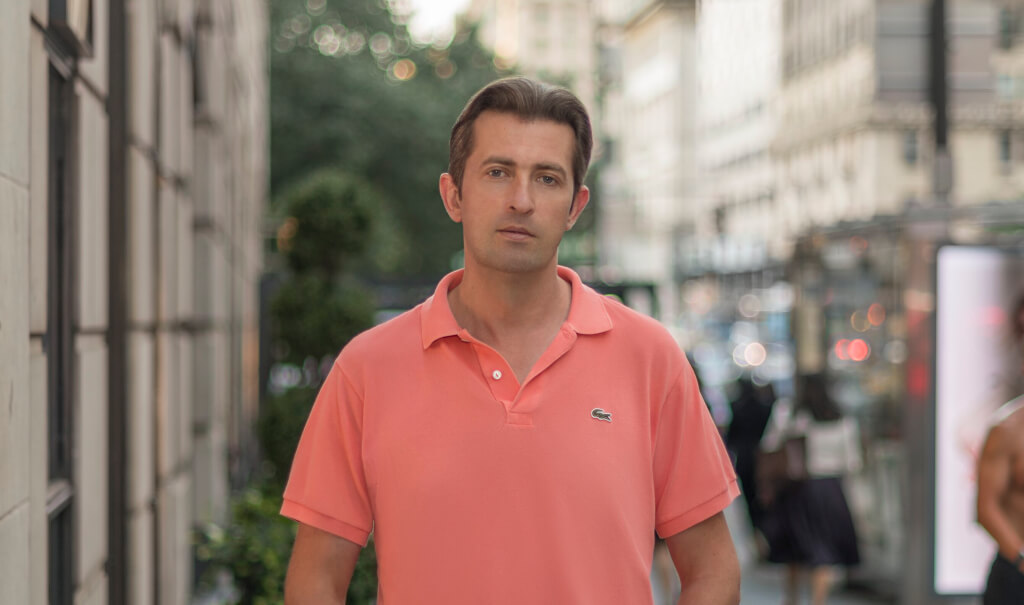 Maksym began his interest in photography when was a child, and after growing up found his first job at a publishing house. From there he started to garner experience in the technical field, which concerned printing, photography, graphic design and retouching.

At that time, photography was analog (film and photo paper), and computers, along with photoshop, had just begun to appear in the industry. With the advent of the computer, a lot of possibilities appeared, because compared to the primitive analog retouching, the computer could perform wonders. Analog retouching is drawing with a pencil or ink on a photo paper. Thus, it was impossible to rearrange objects, correct face shapes, and change hairstyles, otherwise it would become noticeable on the photograph. In addition, there was only a single copy of a photo, which was drawn, cut out of paper from other photographs, glued, and then rephotographed – but the quality level of execution was quite low. If one were to look at the quality level of magazines from the 80s-90s and compare them with today’s magazines, they would see just how impactful the computer has been in changing the images reproduction industry significantly. Today it is possible to replace face, skin, hairstyle, hair, remove or add accessories or objects. To make it as perfect as possible, and still looking natural, making people believe in the “perfect reality”, and Maksym Pastushenko is one such expert at retouching and creating these “perfect realities.”

In 2001, the company in which Maksym worked got closed, afterwhich Maksym managed to scrounge together capital, and ended up buying the company equipment, including a few computers, an image-setter (a device for outputting films for offset printing), a high-end scanner produced by the German brand Heidelberg, and an analog color proof “Chromaline”. Since by that time Maksym had already been in the industry for several years and acquired extensive knowledge, it was not difficult for him to find employees, as well as to keep some of those with whom he worked prior to the company’s closing. Also, most of the clients of the closed company remained and continued working with Maksym, who kept the work environment and process essentially the same, with no changes other than an increase and variation in their customer base because the staff, equipment, and services remained the same.

Where the company is now

Maksym’s company was originally based in Chicago, but since the main activity of the company is retouching and New York is known as the capital of the fashion industry and trends in everything related to photography, art, fashion, etc. – Maksym decided that this would be a very promising place for his business, and ended up moving the business from Chicago to New York in 2014.

Due to the success and reputation enjoyed by both Maksym Pastushenko and his Color Consulting organization, clients were often referred and directed to Color Consulting from the recommendations of the company’s past and existing clients.

Others have found Maksym and his distinguished retouching organization thanks to his successful marketing tactics, as well as his impressive and highly-praised work with photographers, art directors, stylists, artists, fashion magazines and brands, who also recommend their own clients and utilize Color Consulting services for their own work.

Additionally, Maksym and his company have worked with and performed essential and critical retouching work for some of the most top circulated, major publications and media sources, as well as distinct and powerhouse companies and brands around the world. This includes fashion magazines the likes of Harper’s Bazaar, Cosmopolitan, Vogue, L’Officiel, Elle, Esquire, Men’s Health, Marie Claire, and National Geographic, among numerous others, as well as such major brands as l’Oreal, Sotheby’s, Ann Taylor, Volvo, Porshe, Jaguar, Scentbird New York, Yves Rocher, Jacob&Co, and Maison Close – brands that have been known to work with only the top recommended and most successful retouching organizations and talents around the world.

Mr. Pastushenko has also served as the photo retoucher for the World Wrestling Entertainment brand (WWE), where he retouched promotional images published on the WWE website for some of the brand’s biggest stars, including Charly Caruso, Peyton Royce, Ruby Riott, Bayley, Heath Slater, and the Singh Brothers.

Maksym and his organization’s reputation precedes him, and very few – if any – other color consulting organizations around the world have amassed such a recognizable and elite clientele consisting of such acclaimed and renowned publications, brands, and organizations.

The Future of Maksym Pastushenko

Today, Maksym’s techniques and vision through his leading retouching company, Color Consulting, has boosted him and his reputation to the top of the field of global retouching, and his work with some of the top brands and organizations around the world has solidified his status as one of the most sought- after retouchers in his field.