Home At home Ukraine is developing a 'unique vaccine' against COVID-19: what is known about it

The other day, scientists presented to Volodymyr Zelensky the first results of preclinical studies of the “original Ukrainian candidate for vaccines” against COVID-19. Soon, the president gave an interview in which he scattered compliments on the new development, writes Air force. 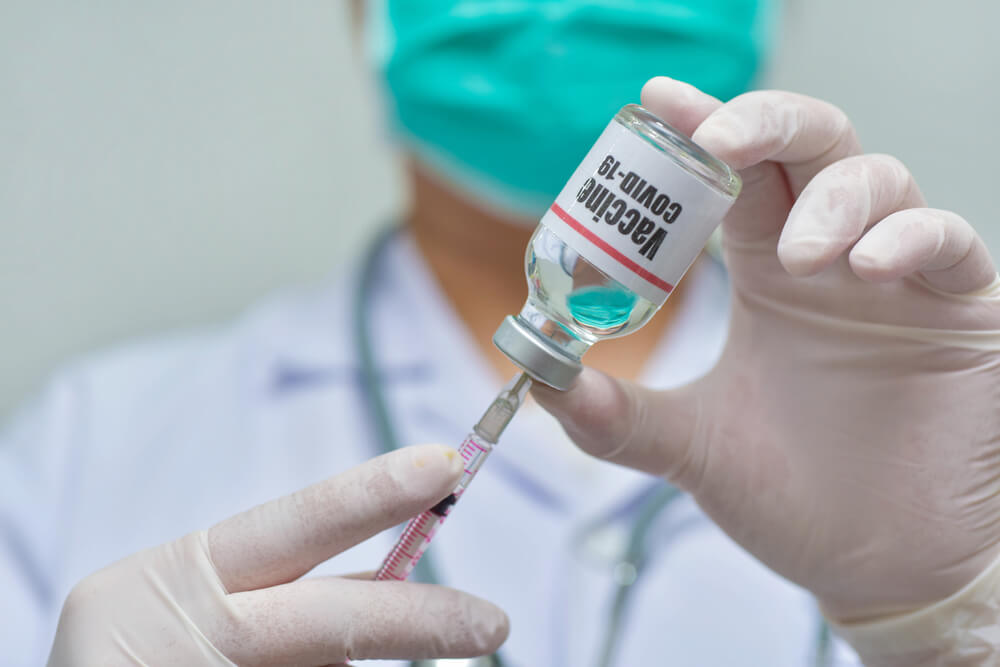 “It is unique - it is not pathos or populism. She is unique, she is not like the others, this is the key of this vaccine. You do not understand what happened to me and some other serious people when we heard about the results of this Ukrainian vaccine. We were very happy, ”he said.

The president added that it is too early to disclose all information about it, since the "vaccine" has yet to undergo clinical trials. According to Zelensky, they worked on it for about six months, but it has not yet been studied in humans.

If necessary, the president promised, he will be ready to try it on himself: “I would love to. If they say yes (I will try. - Ed.). "

We tell you what is now known about the “unique Ukrainian vaccine” and what experts think about it.

Who are the developers and what is this vaccine

As the Minister of Health Maxim Stepanov said, among the vaccine developers are the American company DiaPrep System Inc, the Ukrainian company Diaprof-Med and Ukrainian scientists from the Institute of Microbiology and Virology of the National Academy of Sciences.

The vaccine developers are publicly represented by Doctor of Medical Sciences Mikhail Favorov. At one time he was Deputy Director General of the International Vaccine Institute at the United Nations. Now he is the head of DiaPrep System Inc - the same company that Stepanov recalled in the list of developers.

Favorov said that the development is the result of the work of Ukrainian scientists, and he was attracted to the project as an "extra-class specialist" who has extensive connections in the medical industry.

According to him, it is too early to call the “Ukrainian vaccine” a vaccine - for now, in his own words, it is a “prototype prototype”, which at the same time has good potential.

During a press conference on the future drug, Favorov explained that we are talking about a recombinant vaccine: scientists, he says, have developed a protein in the laboratory that makes it possible to obtain antibodies that neutralize the virus.

Now exclusively preclinical research of the development was carried out - it was tested on mice, rats, rabbits.

“We were able to show that the monoclonal antibodies of the mice we immunized with our protein prevented the virus from destroying the cell culture. That is, they, it has already been scientifically proven, protect cells from the action of the virus, ”says Favorov.

The next stage is the direct development of a vaccine and clinical research, that is, testing on humans.

“This is a long process. It includes three phases of verification, many, many difficulties. But it is already clear that over time we will be able to obtain a drug that will protect against COVID-19, ”Favorov explained.

On the subject: 'Not everyone knows why they came': how the Russian vaccine against COVID-19 is tested in humans

How much will it cost and how long to wait

According to Maxim Stepanov, the state is ready to finance the production of the vaccine in full. Roughly we are talking about an amount of more than 100-150 million hryvnia (3,5-5,3 million dollars).

The entire process of creating a drug, says Favorov, can take at least 9 months - "if everything goes absolutely smoothly." Real terms are at least a year.

“There are processes that cannot be accelerated. You can't use an untested vaccine, ”he notes.

Both Maxim Stepanov and Vladimir Zelensky have already managed to assure that if effective foreign vaccines against COVID-19 appear in the near future, then no one will wait for the development of the Ukrainian version.

“If someone has a vaccine earlier, we will start buying it anyway. We will not wait for ours - we will add it later, ”the president explained.

Maxim Stepanov turned to critics who do not believe in the potential of the Ukrainian vaccine, or who are generally ironic about the very possibility of such a drug appearing.

“I would like to address the skeptics. Sometimes you meet in the press the opinion that in Ukraine it is (development of a vaccine. - Ed.) is impossible. It seems to me that this is our kind of inferiority complex, which must already be removed. I believe in Ukrainian scientists, Ukrainian doctors and Ukrainian development, ”the Minister of Health said.

“Candidates for the Shnobel Prize”?

The news of the work on the Ukrainian vaccine caused a heated discussion - both among ordinary users of social networks and among specialists.

Epidemiologist, chairman of the public union "National Medical Chamber of Ukraine" Sergei Kravchenko, on the air of the "Right to Power" program, called the whole story with the Ukrainian vaccine "cheap PR".

“This is not a discussion topic at all. It is the highest level of ignorance to discuss this level of laboratory work of a student of the Faculty of Biology at Shevchenko University. Ukrainian doctors and scientists can turn to Mike Abrahams, the person who founded the Shnobel Prize, he said emotionally. “Unfortunately, this year the award has already taken place, so I think we will present this“ achievement ”to the Shnobel Committee next year.”

In a conversation with BBC News Ukraine, Kravchenko assured that what Mikhail Favorov is talking about "has nothing to do with science."

“In theory, everything he talks about could be realized. But in practice, this would not lead to anything - all the more to something that would make it possible to create a vaccine that would have specificity for coronavirus disease. To understand this, it is enough to take a biology textbook for the eighth grade, ”says Kravchenko.

"You can't be sure of anything in Ukraine"

Fyodor Lapiy, Ph.D., infectious disease specialist, is less straightforward in his assessments, although he also does not hide a certain skepticism about the potential of the Ukrainian vaccine.

“If we take the biological component, what is being voiced is generally quite logical. The technology itself is not new - similar ones are used to create vaccines against hepatitis B, against the human papillomavirus, ”he says in an interview with BBC News Ukraine.

According to Lapiy, the specialists had certain questions about how they studied the neutralization of the virus, given that there are no laboratories in Ukraine for working with SARS-CoV-2. But during a press conference, Favorov explained that this was happening in American laboratories.

“The protein that was taken as the basis for the formation of the immune response is known, even in the summer there was information that it could become the basis for the formation of a vaccine. But how unique this vaccine is, as they say, is still to be understood. Many similar types of vaccine candidates are being developed and tested in a number of countries, all using different types of proteins to test the immune response. How unique the Ukrainian version is is the question here, and we must wait for the details, which, I hope, will be in the scientific press, ”Lapiy reflects.

The infectious disease specialist says that at first he was very skeptical about the statements about the development of a Ukrainian vaccine, but that skepticism later eased somewhat. However, doubts remain.

“Knowing how often loud statements appear in Ukraine, you understand that anything can be here. And with the details being sorted out, all of these encouraging things could ultimately qualify for the Shnobel Prize. Therefore, it is too early to draw conclusions, ”the expert said.

'For security reasons': two companies at once suspended trials of drugs for COVID-19

Accidental, risky and unethical: how the world's first vaccine was invented