Home World The most dangerous immigrant routes in the world: where illegal immigrants most often die

Recently, the world has been shocked by two cases of mass deaths of illegal immigrants. At least 23 people have died when a large group of migrants tried to cross the border barrier from Morocco to the Spanish enclave of Melilla in North Africa. And three days later, the American police found the bodies of more than 50 illegal migrants in an abandoned truck in San Antonio, Texas. What is the reason for this and what dangerous paths are chosen by illegal immigrants, the publication said. with the BBC. 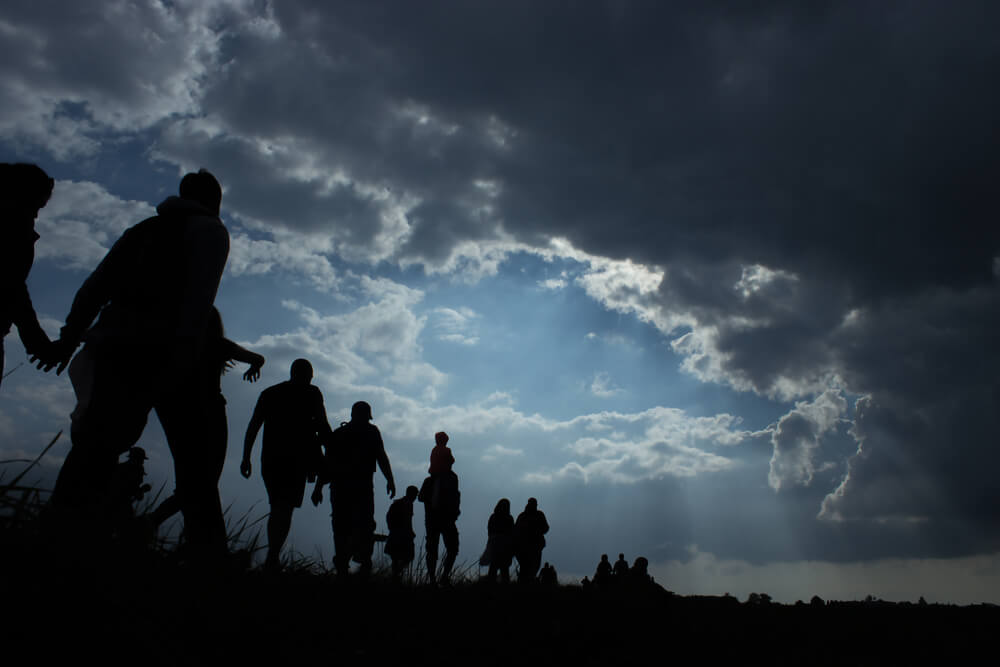 Due to the COVID-19 pandemic, many countries have tightened border controls, which prompted illegal immigrants to go en masse along migrant paths. And this, experts warn, will lead to an increase in casualties.

The International Organization for Migration (IOM) estimates that since 2014, about 50 migrants have died or gone missing while trying to reach the United States or EU countries, and the real numbers could be much higher.

What are the most dangerous routes for migrants and why?

It is this path that IOM calls the most dangerous. According to some estimates, since 2014, more than 19,5 thousand people have died trying to get from North Africa to Europe via the Mediterranean Sea.

Often people go to sea in makeshift and overcrowded boats such as inflatable boats, making their journey almost always fatal.

In addition, these "ships" are often operated by members of criminal gangs or smugglers.

In Tunisia, where (along with Libya) the majority of African migrants travel to Europe across the Mediterranean, there is even a cemetery dedicated to drowned migrants.

The sight of such a cemetery stops some, but many migrants are still willing to risk their lives.

On the subject: California will provide all illegal immigrants with free health insurance

“Migrants' attempts to cross the Mediterranean continue, and we are most concerned about the persistently high mortality rate along this most dangerous maritime migration route in the world,” said IOM spokeswoman Safa Mseli. “The sea continues to take human lives.”

Since 2015, nearly 300 people have been rescued trying to cross the Mediterranean, according to a report by the European Union's external border security agency Frontex.

For many African migrants, the European dream begins with a long journey across their own continent. Although, in order to get to North Africa, they often have to cross the Sahara.

The natural conditions of this desert pose a considerable danger to people. The IOM believes that between 2014 and 2022, almost 5,4 thousand people died during the crossing of the Sahara.

Another tangible threat along the way is the numerous gangs of smugglers involved in human trafficking, as well as corrupt customs and border officials.

border between mexico and usa

It is the danger of drowning on this route that is very high. According to IOM estimates, over 2014 people have died there since 3.

Of course, the temptation to avoid danger by traveling in a wagon is great, but there are risks, as the recent case of the mass death of migrants in San Antonio showed.

According to Safa Mseli, there have been several similar incidents recently with migrants trying to reach the United States, and with a large number of victims.

For example, in December 2021, 56 migrants bound for the United States died in the Mexican state of Chiapas as a result of an accident with the truck they were traveling on.

In 2020, four out of ten migrants were from Asia, according to the IOM. It should be noted that several main migration routes run across the Asian continent at once.

Over the past 8 years, almost 5 people have died or gone missing on these routes. Most of the dead were Rohingya migrants, or Bangladeshis, trying by sea, through the Bay of Bengal and the Andaman Sea, to reach neighboring safe countries or even Europe.

Incredible difficulties may lie in wait for these people during a sea voyage.

“We were starving, we had no water. In such conditions, we had to spend a whole month on the high seas,” Muhammad Ilyas, a Rohingya refugee, told reporters after he was rescued from a distressed boat by Indian military sailors.

As on other routes, people here also often become victims of smugglers.

Another problematic area is the border between Iran and Turkey, where the Taliban came to power in Afghanistan, there is an unprecedented influx of Afghan refugees.

According to the Office of the UN High Commissioner for Refugees, more than 2 million Afghan refugees have already been officially registered in Iran and neighboring countries.