Home Page At home Medicine or politics: a CIA officer visited Moscow and returned to the United States with a mysterious illness

During his 26 years with the CIA, Mark Polymeropoulos has spent a lot of time in harsh conditions, such as the war zones in Iraq and Afghanistan. But he never suffered any injuries until December 2017, when he ended up at the Marriott Hotel in Moscow next to the US Embassy. Details of the unusual story told the publication NPR. 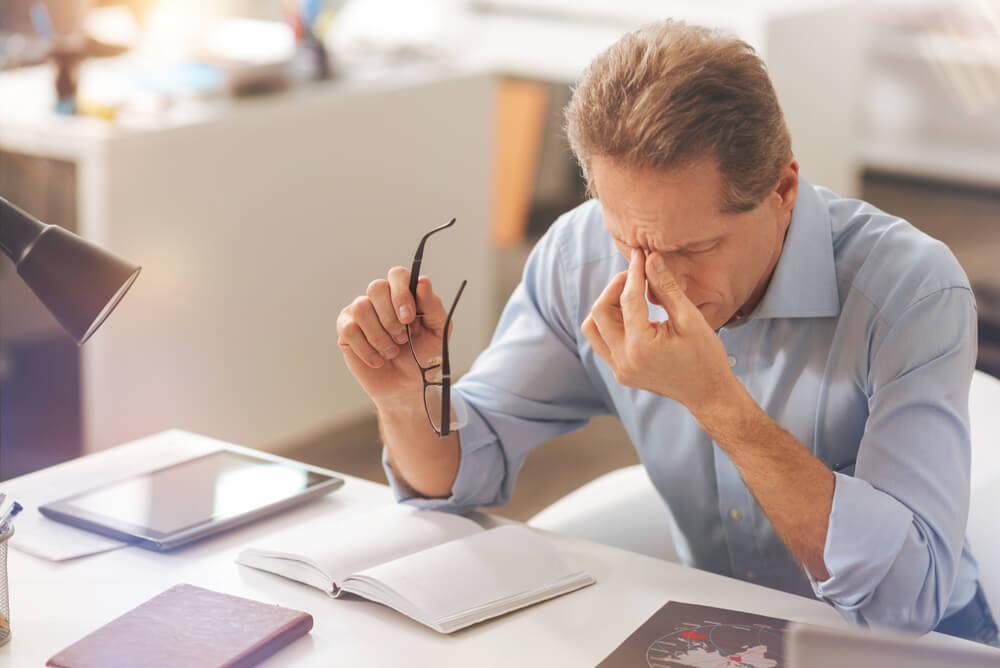 “I woke up in the middle of the night,” Polymeropoulos, 51, recalls. - I was just incredibly dizzy. I was sick. The room swirled before my eyes. I couldn't even get up, my ears were ringing. "

He suspected a severe case of food poisoning and continued his 10-day trip. The visit included meetings with senior Russian intelligence officials - a common practice despite a long history of tensions between the two countries and their espionage agencies.

But a few days later, there was a second attack. Polymeropoulos canceled the remaining appointments and returned to the United States.

At the time, Polymeropoulos was taking a new leadership position at the CIA headquarters. After many years in the Middle East, he became the second officer of the department for operations in Europe, including Russia.

But a couple of months after he returned from a trip to Moscow, in February 2018, he began to suffer from a debilitating migraine that still bothers him constantly.

“The incredible epic began with visits to several doctors, several MRIs, computed tomography and X-rays,” said Polymeropoulos. - In the end, the neurologist diagnosed me with occiput neuralgia.

Inflammation of a nerve in the back of the head could explain his headaches, although it is unclear what caused the inflammation itself.

Polymeropoulos is not the only one facing this problem.

On the subject: Operation Aerodynamics: how the CIA looked for Ukrainians with anti-Soviet sentiments

Polymeropoulos was the first to link the mysterious disease with Russia. He says that his CIA colleague who traveled to Moscow with him in 2017 suffers from a similar ailment. In addition, several CIA officers working on Russian problems in other parts of the world were also affected.

“One of the employees I know very well was really hurt,” he said.

Bottom line: Doctors say these ailments are real, but they don't know what causes them, and they found no evidence of traumatic brain injury.

In addition to the medical mystery, there are also political questions about the so-called Havana syndrome.

Senator Jeanne Shaheen, a Democrat from New Hampshire, said her office had received complaints from employees who worked overseas through the State Department, the Department of Commerce and the CIA.

Some of them are mistreated, she said, and she wants to know if this is related to US political considerations with Cuba, China and Russia.

“Some of the staff were hesitant to report their symptoms. Some were forced to remain silent. Some were ostracized and reprimanded for saying they were sick, ”Shahin said. - So I think this is one of the very real questions. Why were some people treated differently than others? Did it have anything to do with our policies in different countries? "

“It had nothing to do with politics. Somehow it is assumed that we did not protect our employees because of some broader political purpose. This is clearly a lie, ”said Pompeo.

The State Department last year commissioned a study from the National Academy of Sciences, which submitted a report to the department in early August.

But the results have still not been released to the public, much to the dismay of Dr. David Relman, the Stanford professor who led the study.

“I am quite puzzled and somewhat alarmed that so much time has passed,” said Dr. Relman. "We spent a year doing some pretty hard work, solving some really tough cases and big problems."

Dr. Relman expects the report to be released to the public.

“Many people here have been seriously affected and are still suffering. So I think this is a really important question, even if we cannot give a simple answer, ”he said.

Unproven theories of the origin of mysterious diseases have been circulating for the past several years.

On the subject: 'Intelligence success of the century': the CIA overheard half the world using a device created by the Russians

Chief among them is that US officials have been attacked by some kind of sound or microwave attacks from foreign governments. Perhaps the intent was to harm them. Or maybe the goal was to steal secrets from their phones and computers, and the health of officials was just collateral damage.

Russia, China and Cuba have denied any such action.

With great reluctance, Mark Polymeropoulos left the CIA at the age of 50.

He believes that he was attacked during a visit to Moscow in 2017. But he admits that at the moment there is no evidence of this, so now his attention is focused on restoring health.

“I just couldn't sit at the computer or go to meetings. The headaches were too debilitating, ”he said.

He stresses that he is by no means angry with the CIA.

“I spent 26 years in an organization that I still love. I have dear friends there, ”he said. "I was a very successful senior officer who retired."

Polymeropoulos was examined by CIA medical personnel and later by many private doctors, but headaches continued to plague him. After lengthy negotiations with the CIA, he was allowed to sign up for research at the National Institutes of Health in Bethesda, Maryland. But this is just research. He wants to receive specialized brain treatment at the Walter Reed National Military Medical Center.

This center is a leader in traumatic brain injury treatment and has extensive experience working with wounded soldiers from Iraq and Afghanistan.

“I have asked the CIA several times over the past year to send me to the Walter Reed Center, and they are actively denying my request, which is a bit cryptic to me,” he said.