Главная Selected articles in English More and more countries buy goods from Moscow every year: what is the secret of Russian export success

More and more countries buy goods from Moscow every year: what is the secret of Russian export success

Moscow is one of the world’s fastest-developing capital cities. By the end of 2020, it had become one of Europe’s top 10 megacities, gained 26 points on the global financial centers rating, took second place among the world’s largest cities for investment promotion strategies, and entered the top 25 for global cities of the future as well as cities most attractive to foreign investors. Industrial production in Moscow is growing steadily, and more and more foreign countries are buying products from the city’s factories. Here, Alexander Prokhorov, Head of the Department of Investment and Industrial Policy of Moscow, tells us about the Russian capital’s economic success. 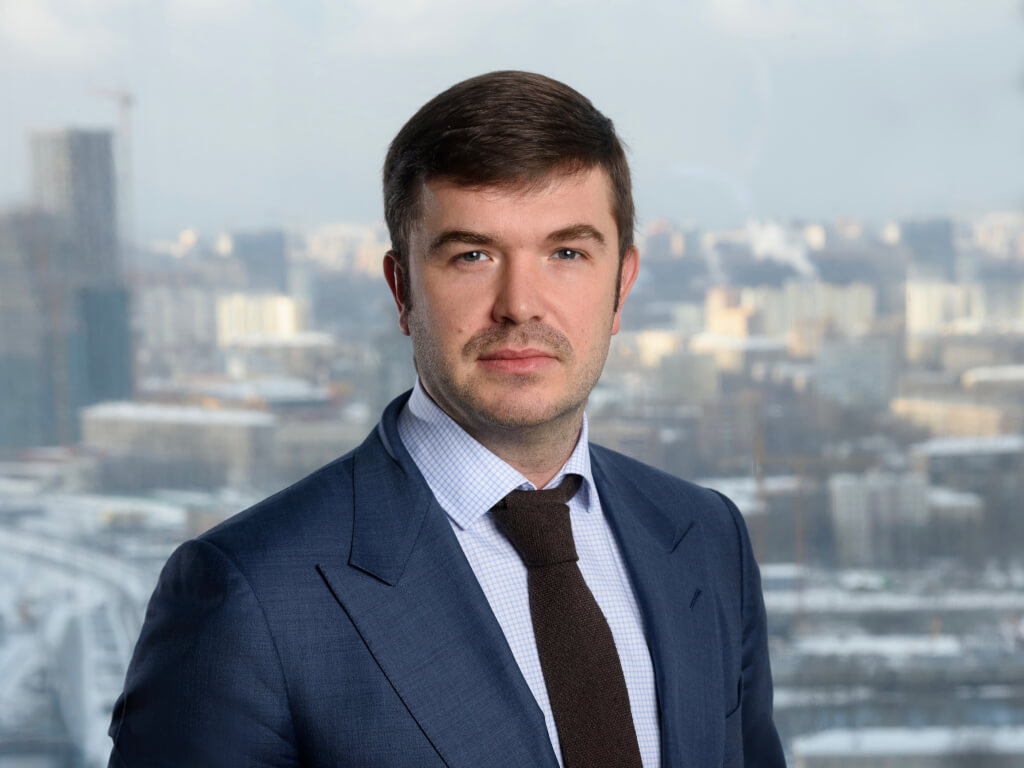 Tell us about the current state of industry in Moscow. What sort of innovation is taking place in businesses?

Industry in Moscow is not just an important sector of the economy, it is a cornerstone of prosperity for the city and its residents. That’s why supporting industry is a priority for Moscow’s city government. Tax and property incentives, targeted subsidies, and other policies help businesses add capacity, launch new production lines, and expand the market for their products. Moscow companies are now not only offering innovation to the market but introducing new production technologies as well: Somewhere around 75% of Moscow’s industrial facilities are currently using various digital solutions, and they plan to develop them further.

This, of course, enables an increase in the volume of manufacturing production: Moscow’s industrial output grew by 12.2% in 2020; for the country as a whole over the same period, that indicator contracted by 2.6%. Last year, the output of rubber and plastic products doubled, pharmaceutical production increased by 71%, and beyond that, we saw an expansion of manufacturing for paper and paper products, as well as for household goods: antiseptics, perfumes, and cosmetics. The positive trend is holding strong this year: Over the first half of 2021, Moscow’s industrial output has grown 13.9% by volume year-on-year.

We are also doing a lot of work to attract investors to the city who will start new businesses and invest in infrastructure. Over the past few years, we have succeeded in making it significantly easier to do business in Moscow and in reducing the administrative barriers, so that the volume of fixed capital investments has nearly tripled over the past 10 years. Investments exceeded 540 billion rubles just for the first quarter of this year – that’s almost 17% more year-on-year. Foreign companies are also showing more interest in the Russian market. Most often, the investments come from European countries such as Germany, France, Austria, and Finland. We also see meaningful volumes of investment from Asia and the US.

How would you assess the work Moscow companies do in the international economy?

Of course, the pandemic was a challenge to Moscow companies, but we still see that, despite closed borders and other difficulties, exports are growing in terms of both the revenue itself and the volume of goods shipped abroad. The city’s chief trading partners are the former Soviet states and the European Union, as well as China, the US, and Japan. Exports to these countries stand out due to the wide assortment of goods, from food products, chocolate, and ice cream to sophisticated high-tech products from Moscow businesses.

A significant portion of shipments to these countries is made up of goods produced by industry: mechanical equipment, electronics, and their components, automotive, chemical industry products such as polypropylene and polyethylene, and also communications equipment. I especially want to point out polypropylene and polyethylene in that list, shipments of which grew 550% and 300% last year, respectively.

And how are things going with Moscow’s agribusiness exports?

The agribusiness exports we see most of all from Moscow manufacturers are from the food industry. Food products from Moscow are in high demand abroad. First and foremost, this means the city’s chocolate and ice cream. Shipments of these added up to US$ 120,000,000 in 2020. These goods, I might add, are in demand all over the world, from China to North America. Russian experts explain this interest as due to high-quality ingredients and product recognition abroad.

Moving on to food industry exports as a whole, the leading products by volume are bakers’ confections as well as meat and dairy products: Last year these industries showed growth of 17.6% and 19%, respectively. Although the main importers of Moscow agribusiness products were Belarus, Kazakhstan, Turkey, and China, the city’s agribusiness products are also in demand in America. Case in point, shipments last year to the US, Canada, and Mexico added up to US$ 49,850,000, and that’s 7.5% higher than the same indicator in 2019. 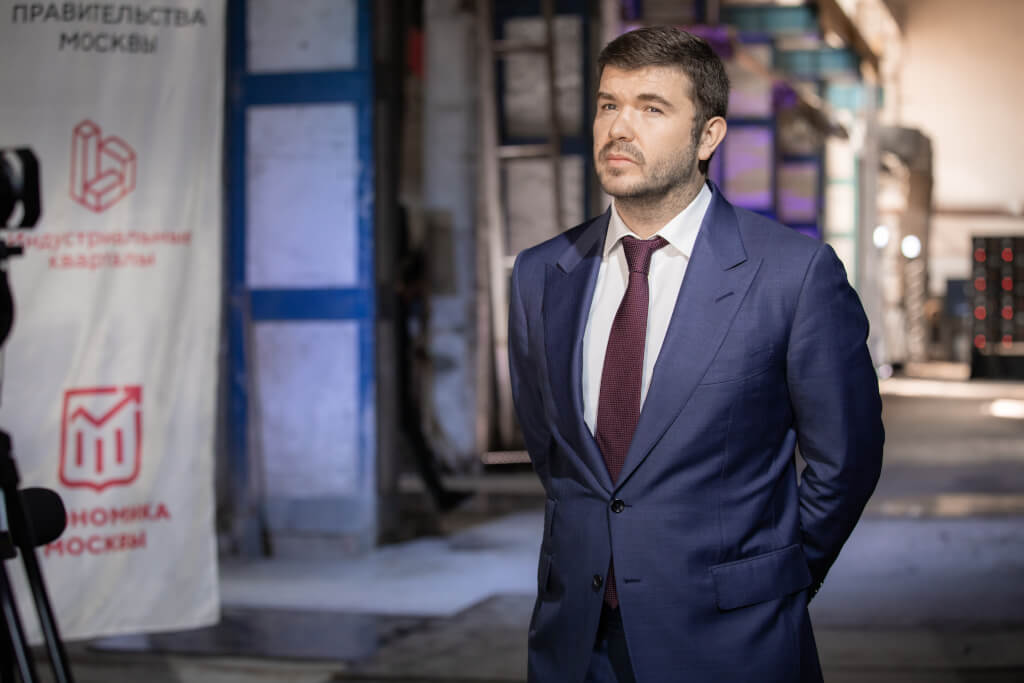 What are the main barriers Moscow companies face when entering foreign markets? How do you help them overcome these barriers?

There are very many barriers to entering foreign markets, which many Moscow companies have learned first-hand. Aside from the obvious barriers connected to logistics and documentation, there are hidden ones connected to countries’ cultural particulars, especially when it comes to exporting food products.

In order to help businesses overcome these barriers, we have the Mosprom Export Support Center in operation. Experts analyze target regions for product demand, search for trading partners abroad and verify the contracting purchasers, and help with adapting marketing materials to subsequently present to the contracting purchaser. Already at the application stage for measures of support from the Mosprom Center, the specialists are trying to assess the company’s export potential and to understand where exactly they might find demand. After determining the most promising market, the stage begins for seeking out foreign buyers interested in Moscow products. At the final stage, Mosprom verifies the buyers and organizes negotiations between them and the Moscow companies.

The Coronavirus pandemic has seriously undermined the global economy, but Moscow has managed to maintain its position by many indicators. How would you explain that?

As for export indicators, that is first and foremost credit to the companies themselves for quickly adapting to the new reality. But I would like to mention that Moscow’s city government stood by the exporters through the difficult situation: We tried to give them as much aid as possible, including by way of providing financial support. In particular, Moscow suppliers have received and are continuing to receive aid from the Mosprom Export Support Center in entering foreign markets and in searching for potential clients. Over the course of 2020, the Center organized 20 online business missions for Moscow companies to countries in the Middle East, Europe, North Africa, Latin America, and the Commonwealth of Independent States.

It is no accident that the amount of investment in Moscow has grown even during the pandemic: We offer many options for cooperation with the city to investors both Russian and foreign. We help them rent land to house production without haggling or settle into an existing site. We provide various tax incentives. We have been doing all of this for a long time, and in times of crisis, our support mechanisms came in handier than ever.

‘Where can I travel right now?’: List of Best Places to Travel amidst Covid-19