Home culture If you cannot go to the theater, then with eTVnet, performances will come to you

Many of our readers are already familiar with the Russian television service eTVnet... Perhaps you know that this is the official representative of Channel One in North America, which broadcasts more than 200 channels. It has the largest collection of films and on-demand broadcasts. However, you may not know that eTVnet Is one of the largest virtual theaters in the world. There is not only a huge selection of performances from various theaters in the world, but also rare recordings that cannot be found anywhere else. And all because from the very foundation of the company, employees have set themselves the task of preserving unique archival television performances so that those who could not at one time get to the performances of the most famous actors of their time could catch up - and do it in the cozy atmosphere of their living room. 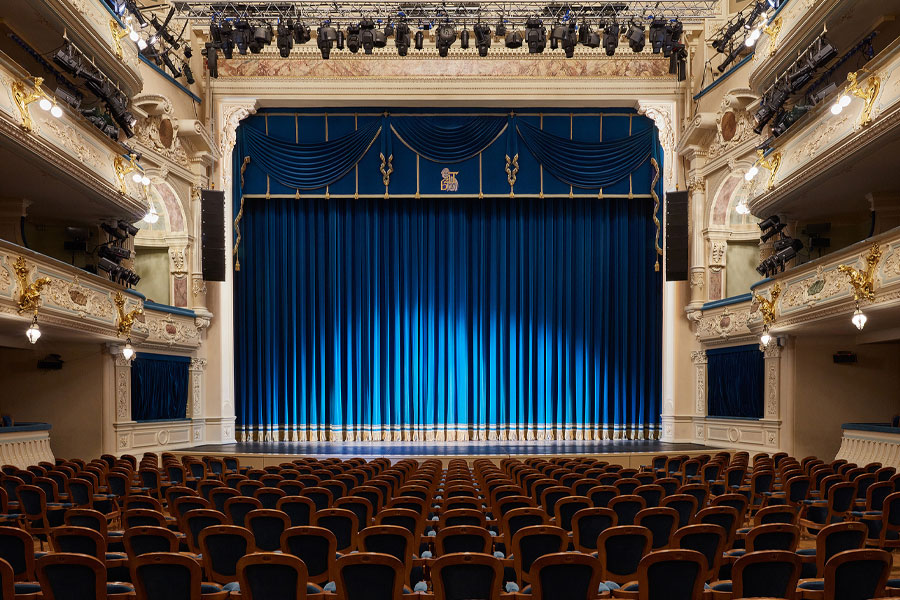 Awesome, right? And the main thing is that all this without any hassle and attempts to get the coveted "extra ticket" and, of course, without additional costs. Access to all performances is included in your eTVnet subscription.

Among the theaters available on eTVnet is the cult Bolshoi Drama Theater named after G. Tovstonogov... So, the curtain rises, the lights go out and on the stage appears ... Who exactly will take the stage, you decide, because this theater is a theater on demand. 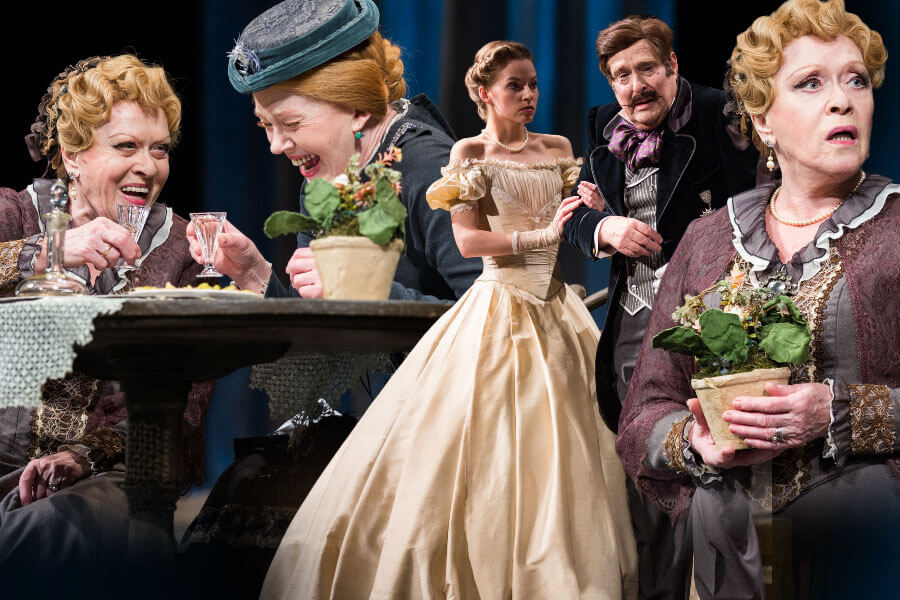 Basilashvili and Freundlich - and that says it all! Just add that critics consider this production one of the best created in recent years. And you can see her right now on eTVnet!

Zinaida Sharko and Lyudmila Makarova - in the play "Playing with the Cat" by the Hungarian prose writer and playwright Istvan Erken. The main character Erzsebet Orban is playing a dangerous game with fate. She tries to prove that a person can avoid the boredom of everyday life and a life similar to hibernation.

In this 1953 production (!) You can see the young Strzhelchik and Lyudmila Makarova. The action takes place in the XNUMXth century. The young Turin Florindo Aretuzi, having killed Federigo Rasponi, the brother of his beloved Beatrice, in a duel, is forced to flee his hometown. Beatrice, dressed in a man's dress, sets off in search of the fugitive. Arriving in Venice, she hires a servant named Trufaldino, who at the same time enters the service of Florindo Aretuzi, who arrived in the same city. After a series of funny adventures, desperate Beatrice and her lover, with the help of a clever servant, find each other ... 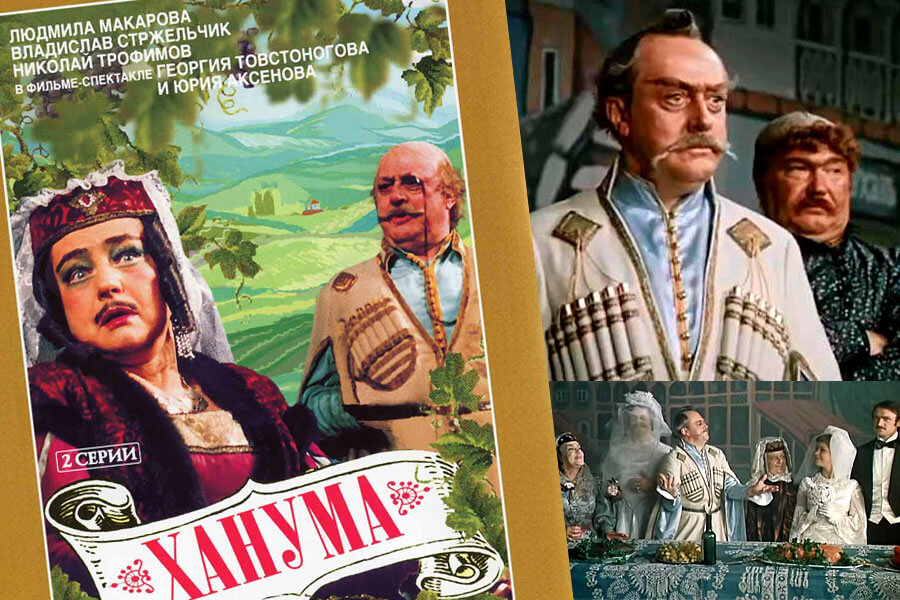 "Khanuma" is a performance that has become the hallmark of the BDT of the era of its heyday. Nikolai Trofimov, Vladislav Strzhelchik, Valentina Kovel, Lyudmila Makarova tell from the stage a funny story of the cheerful, enterprising matchmaker Khanuma. Khanuma goes against the vain father and makes the young lovers happy. This is happening in Tbilisi at the beginning of the XNUMXth century.

Kirill Lavrov, Oleg Basilashvili, Lyudmila Makarova, Natalia Tenyakova, Innokenty Smoktunovsky - in the textbook history of Nikolai Vasilyevich Gogol. The mayor Anton Antonovich Skvoznik-Dmukhanovsky has been warned about the arrival of the capital's inspector in the city. Frightened officials, at the suggestion of Messrs. Bobchinsky and Dobchinsky, convince those around that a young man by the name of Khlestakov who has been living for some time in the hotel is the same mysterious inspector.

The unsuspecting young rake who lost his mind on the way to Petersburg is indescribably surprised at the attention and care with which his officials have surrounded. Having received from them assurances of the most sincere friendship and the contented Khlestakov, loaned with money, continues on his way. He previously wrote to his friend, the writer Tryapichkin, about the story that happened to him ...

Nikolai Trofimov, Valentina Kovel, Gennady Bogachev - in the play based on the novel by Charles Dickens "The Posthumous Papers of the Pickwick Club." This is a story about the life and adventures of the naive and wise Mr. Pickwick, a tireless explorer of human nature and the reality around us. 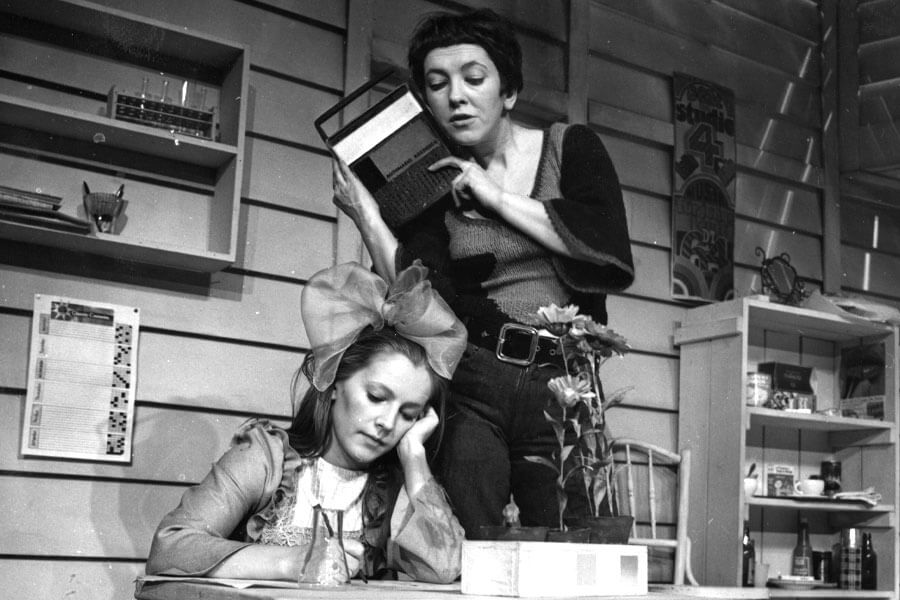 In a small house lives a mother with two daughters and an old sick woman in the care. Mother's life did not work out. The eldest daughter is worthless, half-crazy, the youngest is in school and is passionate about biology to the point of self-forgetfulness. All that remains for the mother is longing for unfulfilled dreams and dreams, dreams ...

"History of the Horse"

Evgeny Lebedev, Oleg Basilashvili, Mikhail Danilov, Mikhail Volkov, Yusef Mironenko in the play "The History of the Horse". Evgeny Lebedev, who brilliantly played Kholstomer, told about the fate of an entire people, a country where there is always a conflict between a person and a “herd”.

A stunning, relatively new performance in which all roles were played by Alisa Freindlich and Oleg Basilashvili.

The play consists of several short stories about the fates of three married couples who stayed in the same hotel room at different times. The reincarnations of Oleg Basilashvili and Alisa Freundlich make the heroes of these stories completely different from each other: here are a couple who sort out complicated love relationships, and a comic couple gathering on a TV show, and a wife who suddenly appeared in her husband's room ...

The play "Death of Tarelkin" is a late masterpiece of G. A. Tovstonogov. In 1983, Tovstonogov staged an opera, farce, guignol and journalistic satire, one of the most terrible and prophetic. In this production, the Tovstonogov BDT made a leap into the unknown for itself - a farce, an absurdity that most accurately expresses the feeling of general agony, chaos and decay. "Death of Tarelkin" is considered one of the strangest and most mysterious plays of Russian drama. Having written it, Sukhovo-Kobylin left literature forever and hid from the world. Amazing, mystical and fantastic things happen in this play. Although the plot of the play is seemingly simple: an average official Tarelkin decides to die for fun, to deceive everyone in order to end his old life and start a new one ...

All these stunning, memorable performances can be viewed at eTVnet... Wonderful films and TV series are also waiting for you here. You just have to go to the eTVnet.com website, register and subscribe to the service. IN eTVnet we are sure that you will definitely like it, and therefore they even give two weeks of free access. Yes, eTVnet is free to watch for 14 days. Don't miss this opportunity. While you are watching, we are going to prepare for you the next selection of pearls from the collection eTVnet.