Home Our people 'Know Your Place, Salaga': How Our Immigrants Had Hazard for Compatriots in the USA

Blog author “Masha America”Told the story of one immigrant construction worker that could only happen to our people. 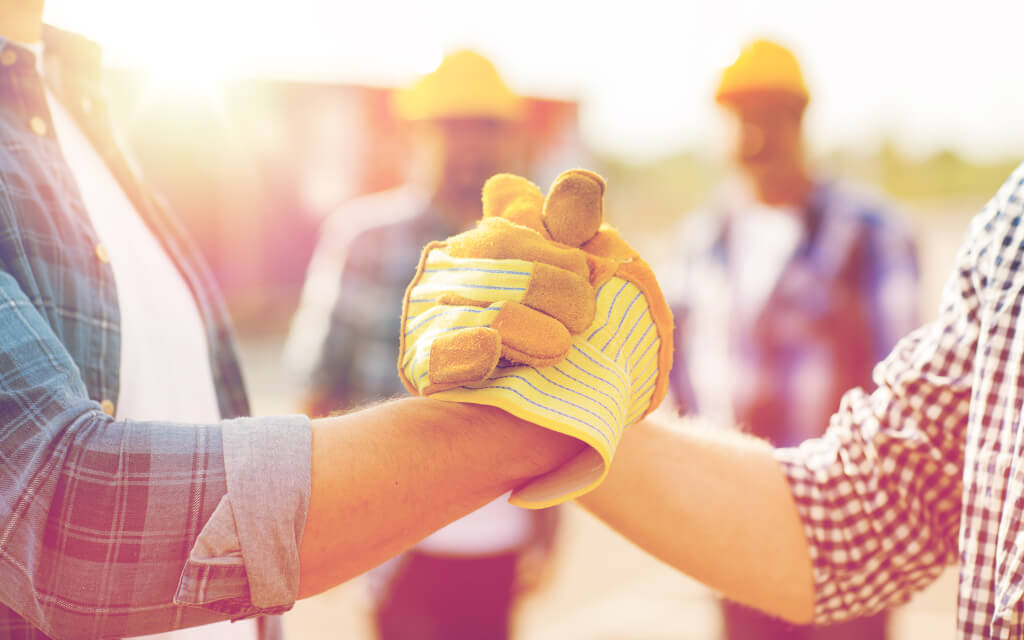 We recently sat in the courtyard with our construction neighbor; he is also an emigrant from Ukraine.

He flew to the United States to start life from scratch. The wife left, no children, nothing kept at home. I decided to try my luck and went for the American dream.

When you emigrate, it is psychologically very difficult. You are everywhere a stranger to everyone, everyone around is alien, you do not know any places or customs. And he didn't really know the language either. Says: "I thought that I would break down and come back, it was so hard." At first he found himself a room and worked as a loader. In the morning I woke up, left the hole, worked, climbed back into the hole - and so it was day after day.

Howling with anguish, he found a forum where immigrants sat, and met a guy there. We talked, he said that he is a builder and knows how to make repairs. The guy was delighted, immediately said that there is work, because he has a team of builders, and they are engaged in repairs. The neighbor said that he did not believe his happiness.

At the meeting it turned out that his interlocutor was a man of 45-50 years old, also an immigrant, in America for more than 20 years. He cordially received him, introduced him to his partners, and they began to work. Somehow they didn’t even stipulate a salary.

On the subject: New US Immigration Rules for 2020: Everything You Need to Know

When the time came to get money for work, he turned to this man, saying that there was something to be done. He was silent for a long time, but then they had a pleasant conversation, kind of heart to heart. The man asked for a long time and in detail how much he is already in America, whether he has a wife and children, why they are not with him, about his parents ... It seemed like a conversation.

As a result, the man said that he would receive $ 10 per hour. By the standards of the United States, this is very small, it is less than the minimum hourly wage. In response to the neighbor’s questions, “Why so little?” the man said: “Well, how did you want? A couple of months in the States, and you want to live like a normal person? Knowing no language, nothing? Get it on your nose: if you are less than 5 years old in America, you, like a Tajik in Moscow, can only rely on the hardest black work and the smallest money. ”

The neighbor objected, said that he had a lot of experience in construction and repairs, and he did not want and would not work as a "bring-pass." The man replied: “You can even do the decoration of palaces, but I will pay you $ 10 per hour. Because when I came here, it was hard for me, and I went through it. And you haven't smelled life here. I've been here for 20 years. I experienced it ... So why should it be easy for you? You have to know your place, young man. "

It was after the word “salaga” that I realized that this situation reminds me of bullying in the army. When the "grandfathers" purposely complicate and worsen the life of the new soldiers, simply because they were also hard.

On the subject: US employers accelerate sponsorship of green cards for foreign employees

I heard similar stories, but I didn’t think that it really could be so. I thought that these were horror stories for immigrants, invented to embellish their achievements. But it turned out that no - the real truth.

And our neighbor did this: he left this man and continued to work as a loader for some time, sitting at the same time on the forum and talking. There he found guys who also had a hard time arriving in America. He also began to intensively study English. Together with these guys they organized their brigade and also began to bomb construction and repairs. At first it was difficult for him, while the guys were well trained, but he did not lose heart. It really had the makings of a leader, a true leader - not the one who commands everyone and does nothing, but the one who stands alongside and does along with everyone, showing everyone how to. And it brought them success - they all earn good money at the moment.

The moral of this fable is this: emigration is very difficult. And many of our compatriots, who, in theory, should help each other (as is customary in other diasporas, where everyone is behind each other by a wall), on the contrary, can complicate your path.

7 things worth knowing about the Schengen visa

"We knew what was waiting for us there": 80 years ago, Jews tried to escape from Nazism, but the US refused to accept them