Home In the U.S. Snakes and bears: in California, dangerous animals sneak into people's homes due to drought

Snakes and bears: in California, dangerous animals sneak into people's homes due to drought

California and other states in the southwest of the country are experiencing historic drought. These conditions have resulted in implications that go beyond the risks of reduced water supplies and increased forest fires. And as urban development seeps deeper into the once wilderness, the drought has intensified negative interactions between humans, animals and pests trying to adapt. The publication told about this in more detail. The Guardian. 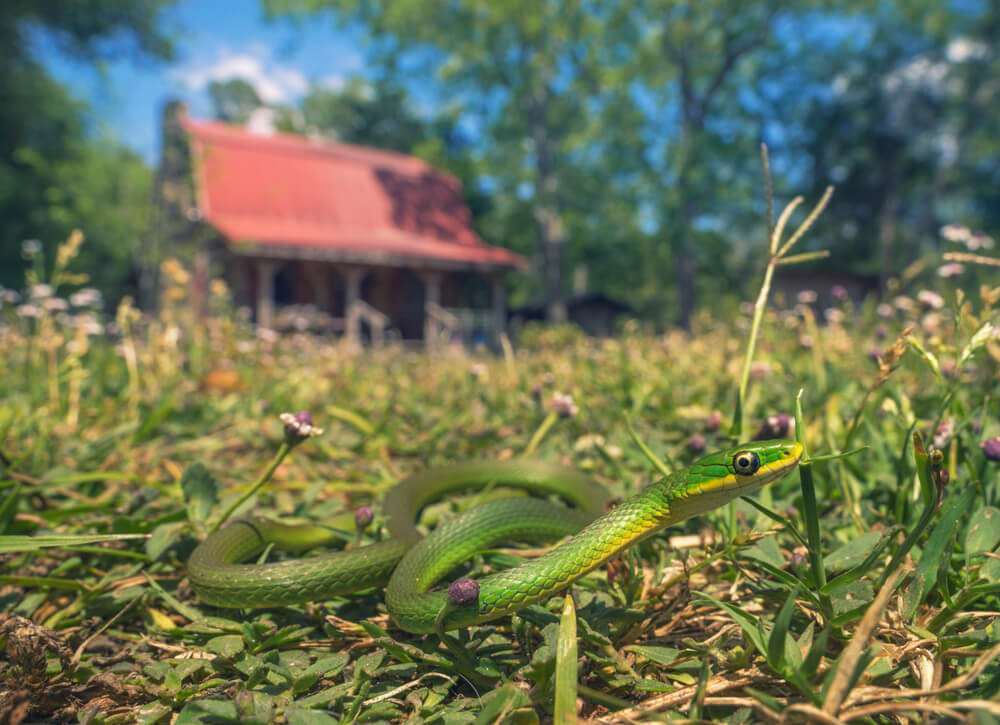 “Rattlesnakes are becoming more common in the places where we live, work and play,” says Len Ramirez, owner of rattlesnake removal company Ramirez Rattlesnake Removal. Starting his business in 1985, he has become a constant source of information and public education about snakes by appearing in the media and creating safety videos for the California emergency services office. The man removes the snakes from property and public places and moves them to uninhabited areas.

Ramirez survived the latest drought in California, which lasted from late 2011 to 2019. But now the situation has worsened - mainly because, he said, "there is so much development going on that is crowding out wild animals, including rattlesnakes."

Ramirez says he had a job where he had to remove over 60 snakes at a time. “I always remind parents to check the yard well before the kids go to play,” he says.

As the main sources of water begin to dry up, other wild animals have been seen seeking water, food and rest from the worsening conditions in the suburbs. Veterinarians report that the number of abandoned or injured animals brought to their centers and the number of animal sightings, especially bears that dare to venture deeper into urban areas, are skyrocketing.

On the subject: 'Time bomb': an invasion of dangerous ticks in California

"The population of bears is expanding their range, so they appear in places where they have never been seen before," said biologist Rebecca Barbosa.

Smaller animals and insects also approach cities in search of water, and some can do much more damage. Songbirds, which carry the West Nile virus, which can cause a fatal and debilitating neurological disease, are increasingly appearing in American yards.

“Because the environment is low in water and everything is dry, birds seek water and shelter,” said Cameron Webb, a medical entomologist and senior researcher at the Center for Infectious Diseases and Microbiology. "We get this combination of factors, which means that not only mosquitoes, but also birds carrying the virus, are more likely to be closer to where people live."

Surprisingly, mosquito-carrying diseases that most people associate with wet rather than dry times thrive in cities during drought. Webb explains that man-made structures such as pipes, pits, and ponds are the best places for stagnant water to feed insects.

“The fish and other animals in these systems die, and the mosquitoes have complete freedom of action,” says Webb.

In California, public health officials have already warned residents of an increase in viral activity, and scientists believe the threat of West Nile transmission will increase with climate change, especially in coastal California.

Less dangerous pests can pose more problems in drought conditions. Ants, cockroaches, rodents, and other animals also need water to survive. They usually look for her in people's homes when she is not outdoors.

“Dry conditions not only mean that water supplies for animals are running low, but it can also be more difficult to find natural food sources,” says Mike Bentley, an entomologist at the National Pest Management Association. "Drought often drives animals into homes or other structures in search of these resources to survive."

Drought not only means an increase in unwanted guests, but also changes the behavior of the animals themselves. They are “incredibly adaptable to change,” he said. This could mean that rodents nest in wall cavities rather than underground burrows, and feed from garbage bags rather than fallen fruit and seeds. Or ants moving into potted plants. "